About the author
Books by Salman Rushdie 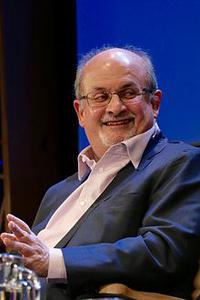 Introduction for essay about Salman Rushdie

Salman Rushdie is one of the most controversial and well-known authors of our time. His novels, essays, and short stories have been translated into over 40 languages and have sold millions of copies worldwide. His work often deals with themes of religion, politics, and identity, and he is no stranger to controversy. In 1989, his novel The Satanic Verses sparked riots and death threats from Muslims around the world, and he was forced into hiding for many years. More recently, he has been an outspoken critic of Donald Trump and the rise of populism in the West. Whether you love him or hate him, there is no denying that Salman Rushdie is a powerful and important voice in the world of literature.

In conclusion, Salman Rushdie is a highly accomplished author whose work has been both praised and criticized. While some may find his writing controversial, there is no denying that he is a talented storyteller with a unique voice. Whether you love or hate his work, there is no denying that Salman Rushdie is a force to be reckoned with in the literary world. 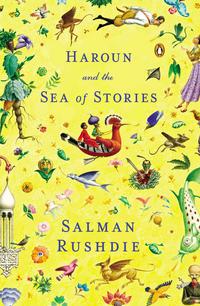 Haroun and the Sea of Stories

Haroun and the Sea of Stories