About the author
Books by Pythagoras 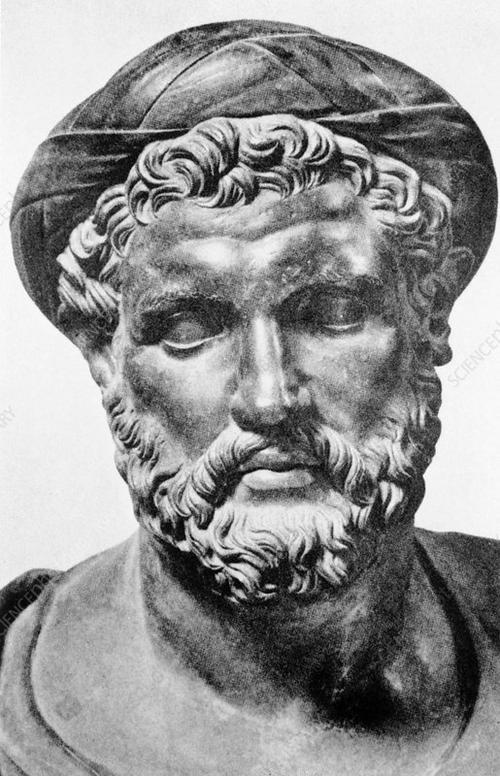 Pythagoras (/pɪθəˈɡɔːrəs/; Ancient Greek: Πυθαγόρας [pyθaɡóras]) was an Ionian Greek philosopher, mathematician, and the putative founder of the Pythagoreanism movement.Most of the information about Pythagoras was written down centuries after he lived, so very little reliable information is known about him.

He was born on the island of Samos, and travelled, visiting Egypt and Greece, and eventually settling in Croton, in Magna Graecia (Southern Italy). Pythagoras made influential contributions to philosophy and religion in the late 6th century BC. He is often revered as a great mathematician, mystic and scientist, but he is best known for the Pythagorean theorem which bears his name.

How to write essay about Pythagoras

Pythagoras was an ancient Greek philosopher and mathematician who is best known for his work on geometry and the Pythagorean theorem. While not much is known about his life, his ideas have had a lasting impact on mathematics and philosophy.

If you’re asked to write an essay about Pythagoras, there are a few things you should keep in mind.

First, because so little is known about his life, you’ll need to focus on his ideas and their impact. Second, because Pythagoras was such an influential figure, you’ll need to be sure to back up your claims with evidence.Here are a few tips to get you started:

A. Who was Pythagoras?

B. What were his contributions to mathematics?

C. How did his ideas influence later mathematicians?

A. Pythagoras’ life and work

B. The Pythagorean theorem

C. The influence of Pythagoras

A. A recap of Pythagoras’ life and work

B. The legacy of Pythagoras

Example of Introduction for essay about Pythagoras

Pythagoras was an ancient Greek philosopher and mathematician. He is best known for his work on geometry and his famous theorem. Pythagoras is also credited with being the first to use the term philosopher.””

Example of Conclusion for essay about Pythagoras

Pythagoras was a Greek philosopher who is best known for his work on mathematics and geometry. He is credited with being the first person to develop the Pythagorean theorem, which is a fundamental principle in mathematics. Pythagoras also made significant contributions to the fields of music and astronomy. He is recognized as one of the most important figures in the history of science and mathematics. VIEW ESSAYS ON "Pythagoras' theorem"
Pythagoras’ theorem states ...See Other -4 essay examples from this book
We've found 1 books by Pythagoras and 1 essay samples
Save Time On Research and Writing
Get My Paper
22 We've found 8 essay samples about Pythagoras
Prev
1 of 1
Next