About the author
Books by Flannery O'Connor Introduction for essay about Flannery O’Connor

Flannery O’Connor was one of the most influential American writers of the twentieth century. She is best known for her short stories, which often deal with religious themes and dark human nature. O’Connor was a devout Catholic, and her faith informed her writing. Her stories often explore the tension between good and evil, grace and sin. O’Connor’s writing is characterized by its sharp wit, dark humor, and brutal honesty. She is considered one of the great American short story writers, and her work continues to be studied and admired by readers and scholars alike.

In conclusion, Flannery O’Connor was a great author who wrote stories that are still relevant today. She had a unique style of writing that combined elements of the grotesque with religious themes. Her stories often dealt with controversial topics, such as race and religion, which made them even more interesting to read. O’Connor was a master of irony and suspense, and her stories continue to entertain and enlighten readers today. 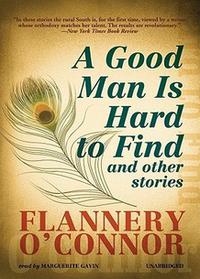 A Good Man Is Hard to Find

A Good Man Is Hard to Find