About the author
Books by Bill Clinton Introduction for essay about Bill Clinton

Bill Clinton was the 42nd President of the United States, serving from 1993 to 2001. Prior to his election as President, Clinton served as the Governor of Arkansas for two terms and as the Attorney General of Arkansas.nA member of the Democratic Party, Clinton was known as a New Democrat, and advocated for a third way between classical liberalism and conservatism. During his time in office, Clinton presided over a period of economic growth and prosperity, and signed into law the North American Free Trade Agreement. He also implemented welfare reform and passed the Violence Against Women Act.nClinton was impeached by the House of Representatives in 1998, but was acquitted by the Senate in 1999. He left office with high approval ratings, and was later ranked as one of the most popular Presidents in history.

Bill Clinton’s Presidency was a time of great prosperity for the United States. He was a very effective leader and was able to pass many important pieces of legislation. He also had a very strong relationship with the American people. 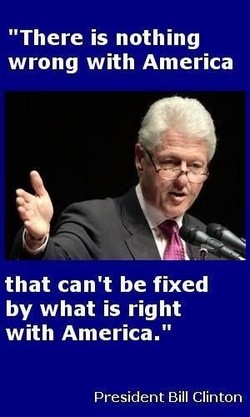 Big Ideas for a Better America

Big Ideas for a Better America