A diorama of one of the battles fought between the Filipinos and the Spaniards. The museum was divided into different rooms.

Don't use plagiarized sources. Get your custom essay on
“ Lights and Sounds Museum ”
Get custom paper
NEW! smart matching with writer

Each one of them is depicting some of the highlights of the Philippine history. It has dioramas- moving replicas of people and objects placed in scenes that tell the remarkable stories of the Philippines’ past.

Statues of the different Filipino heroes were placed inside the Lights and Sounds Museum. Each scene is to be “experienced” one by one. It is dramatically narrated by a voice over with some background music. The lights are also in place to direct the attention of the audience to the main characters.

A tour facilitator is also present to lead the audience from one room to another.

The publishing of La Solidaridad.
We were able to “experience” the national hero’s life through the images being depicted in the dioramas. The dioramas were not anymore at their best conditions today but I still enjoyed the entire show, nonetheless.

The different characters from Noli Me Tangere.
There was even a room showcasing the characters of Noli Me Tangere and El Filibusterismo. It was nice to go back once again to the novels written by Jose Rizal. This time, with life-size dioramas and dramatic narrations.

The friars warned the Filipinos about reading Rizal’s novels. The Lights and Sounds Museum was a project of the former Tourism Secretary, Richard Gordon. The aim of the museum is to retell the history of the Philippines to local and foreign visitors in an interactive and fun setting.

The building of Intramuros.
Another highlight of the show is the story of how Intramuros, the Walled City, was built. This topic wasn’t discussed that much during my classes in history in high school and college.

The Filipinos weren’t allowed to enter inside Intramuros- except the slaves. Because of the Lights and Sounds Museum, I have learned that ordinary Filipinos- except the special guests and the slaves- weren’t allowed to enter the walls of Intramuros back then. It was exclusive to the Spaniards- the government officials, the friars and their guests. It was also said that the Spaniards made it a very happy place. Spaniards held feasts inside it every now and then, leaving the Filipinos outside hungry and oppressed.

A diorama of Jose Rizal when he was imprisoned in Fort Santiago. 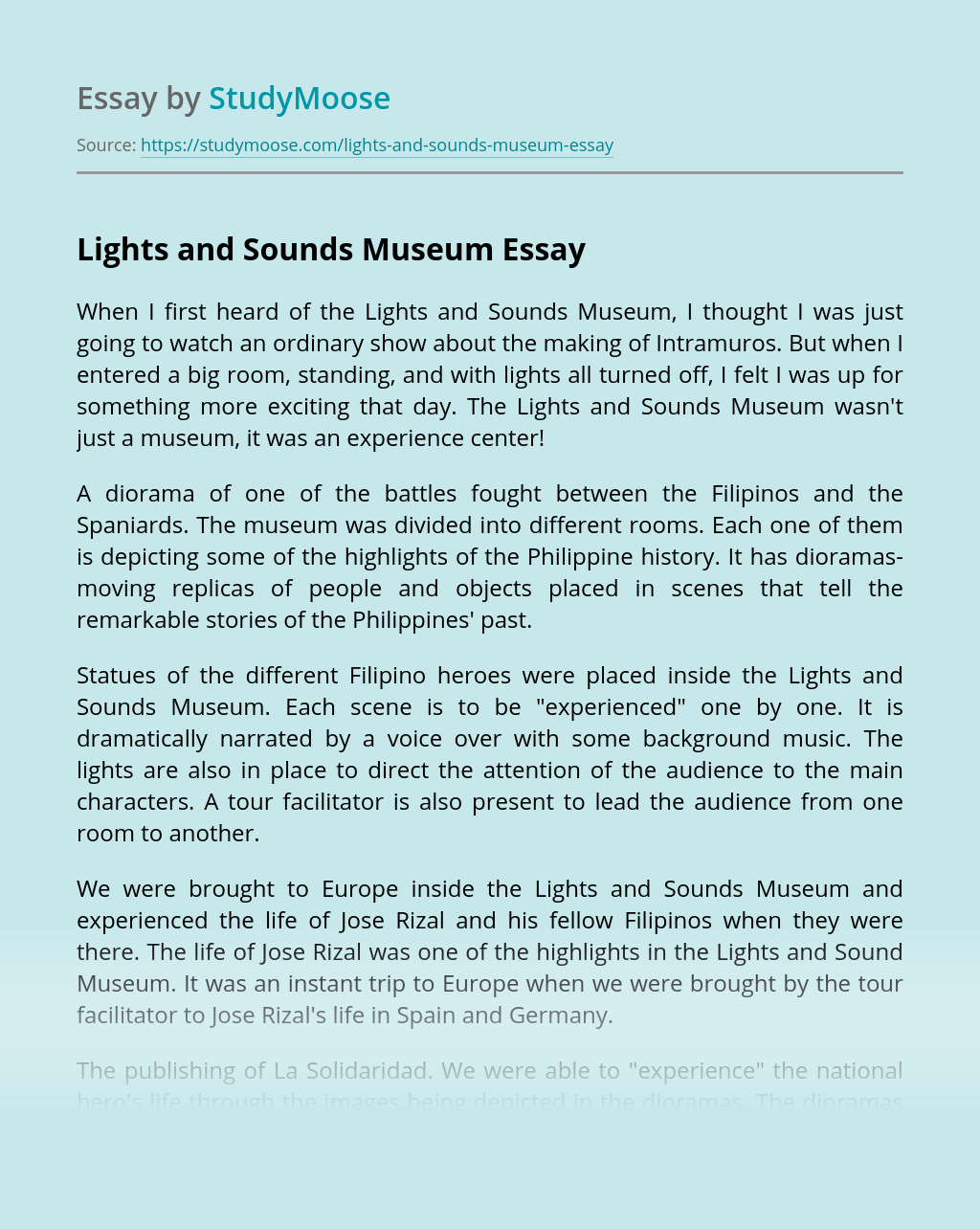