LeBron Raymone James Sr. is an American professional basketball player for the Los Angeles Lakers of the National Basketball Association. He is often regarded as the greatest basketball player of all time, which has resulted in frequent comparisons to Michael Jordan. His accomplishments include three NBA championships, four NBA MVP Awards, three NBA Finals MVP Awards, and two Olympic gold medals.

James played basketball for St. VincentSt. Mary High School in his hometown of Akron, Ohio, where he was heavily touted by the national media as a future NBA superstar. A prep-to-pro, he joined the Cleveland Cavaliers in 2003 as the first overall draft pick.

Named the 200304 NBA Rookie of the Year, he soon established himself as one of the league’s premier players; he won the NBA Most Valuable Player Award in 2009 and 2010. After failing to win a championship with Cleveland, James left in 2010 to sign as a free agent with the Miami Heat. This move was announced in an ESPN special titled The Decision, and is one of the most controversial free agent decisions in American sports history.

James won his first two NBA championships while playing for the Miami Heat in 2012 and 2013; in both of these years, he also earned league MVP and Finals MVP.

Off the court, James has accumulated additional wealth and fame from numerous endorsement contracts. His public life has been the subject of much scrutiny, and he has been ranked as one of America’s most influential and popular athletes. He has been featured in books, documentaries, and television commercials. He has also hosted the ESPY Awards and Saturday Night Live, and appeared in the 2015 film Trainwreck.

James was born on December 30, 1984 in Akron, Ohio to Gloria Marie James, who was 16 at the time of his birth. His father, Anthony McClelland, has an extensive criminal record and was not involved in his life. When James was growing up, life was often a struggle for the family, as they moved from apartment to apartment in the seedier neighborhoods of Akron while Gloria struggled to find steady work. 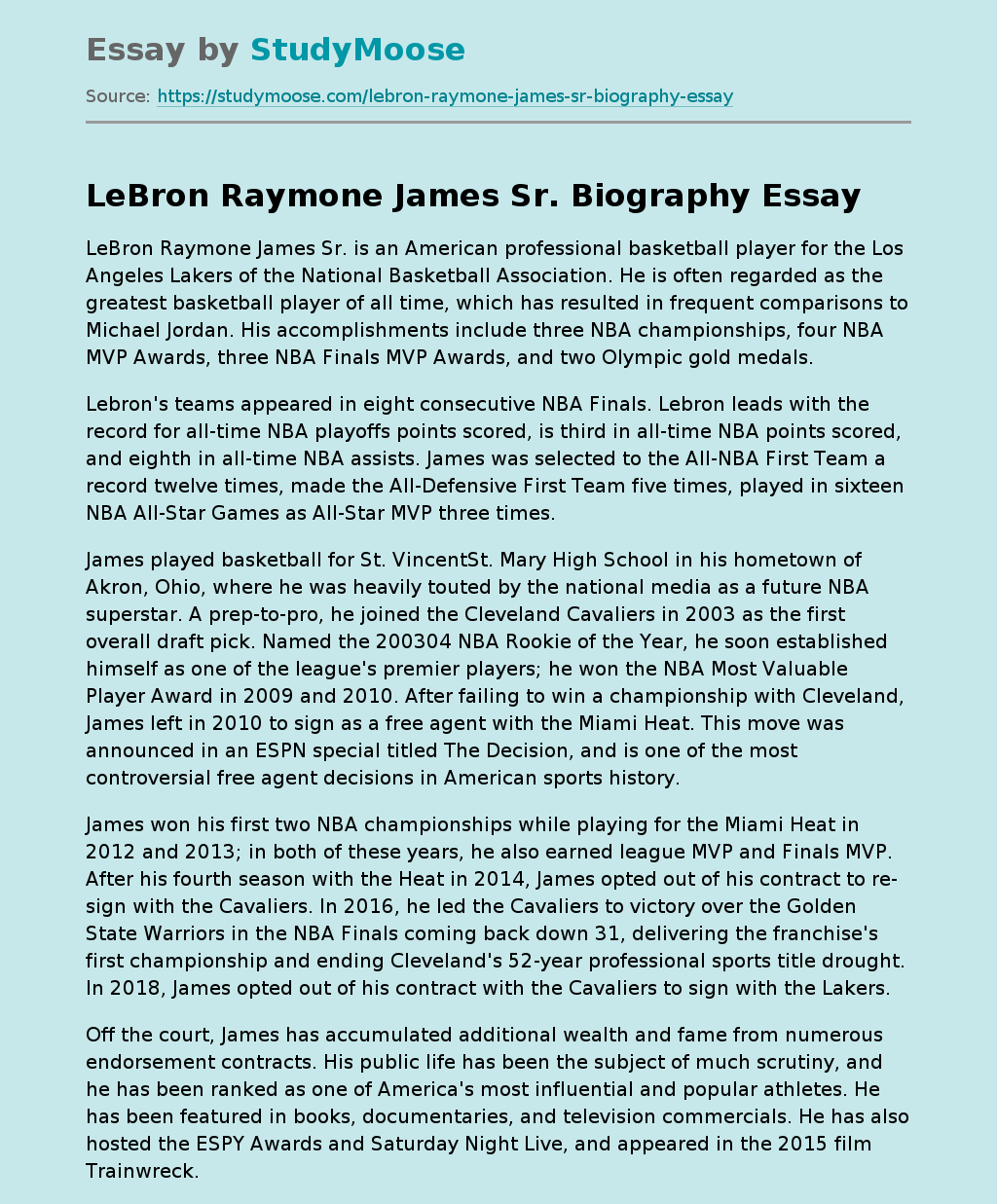