"Last of the Mohicans" Contrast and Comparison

Last of the Mohicans” Contrast and Comparison

Don't use plagiarized sources. Get your custom essay on
“ “Last of the Mohicans” Contrast and Comparison ”
Get custom paper
NEW! smart matching with writer

The book and movie did not contain only differences, but also similarities. As I stated before, there are many differences between the book and the movie. For example, in the book, there is a character by the name of David Gamut. This character follows his profession of the psalmodist, carrying his faith through song into the wilderness.

Gamut wants to join Major Duncan Heyward, Maugua, and Alice and Cora Munro, and while arguing with Alice over this matter, he pulls out the 26th edition of The Bay Psalm Book, and begins to sing “in full sweet melodious tones”.

Gamut is a tall ungainly singing master described as ridiculously dressed and carrying a pitch pipe while riding a horse, and pulling along a pony. At a muttered comment from Magua, Major Duncan orders Gamut to be quiet for safety. This scene was not only not in the movie, but neither was the character of Gamut.

The movie not only left out a character, it left out other scenes.

Also, while they are all traveling, Duncan questions Maugua about being a spy and instead of running away, he initiates the attacks on the party, by turning around and killing some of the troops. There were not only differences between the movie and the book, there were also a great deal of similarities. A few of these similarities were that the setting, most of the characters, and the plot were basically the same.

"Last of the Mohicans" Contrast and Comparison. (2020, Jun 02). Retrieved from http://studymoose.com/last-of-the-mohicans-contrast-and-comparison-essay 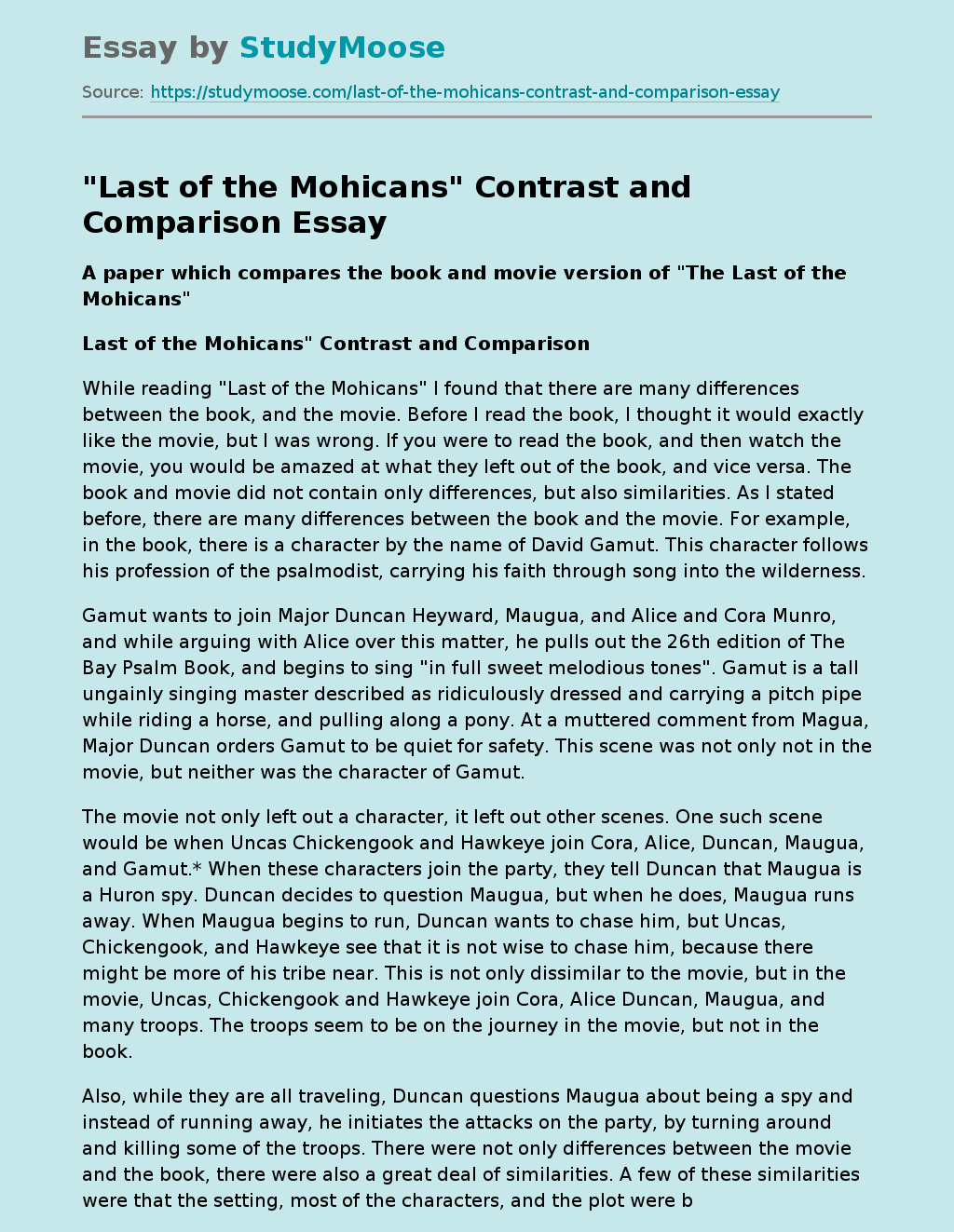