The Kalinago’s Social Organisation was looser than that of the Taino; Kalinago culture emphasized physical prowess and individualism. While settlements had a leader, his authority was limited. War chiefs were chosen from among villagers based on their skill in battle. The kalinago lived separately by gender; the men lived together in a large building called a “carbet”, while women lived in smaller houses.

Early Kalinago culture was patriarchal. (meaning it was ruled by fathers) The women would make pottery while the men hunted and fished.

They used coiling techniques with rolls of dough. Utility vessels were often decorated these included cassava girdles and bottles where sweet potato and manioc alcohol was stocked. Manioc alcohol was made by Carib women by chewing cassava, spitting it out and letting it ferment. they drank it at feasts and it made them drunk it also excited them to prepare and fight in war. (manioc meant cassava)

However, other ceramics were also made in different forms which were used for ceremonial purposes, they were often decorated with patterns or painted red, white or black.

the women would often shape small animals or human representation called “adornos” on the rims of their pottery. Some figurines are of great authenticity and are easy to identify such as human faces, agoutis, frogs, birds, manatees and dogs.

Others were more complex and mysterious. * Women were also responsible for domestic chores, bringing up children, collecting firewood, weaving, hammock making and cultivating the land for farming including sowing and harvesting, they also cooked and made clothes as well as bartered produce.

Kalinagos Culture and Social Organisation. (2016, May 06). Retrieved from http://studymoose.com/kalinagos-culture-and-social-organisation-essay 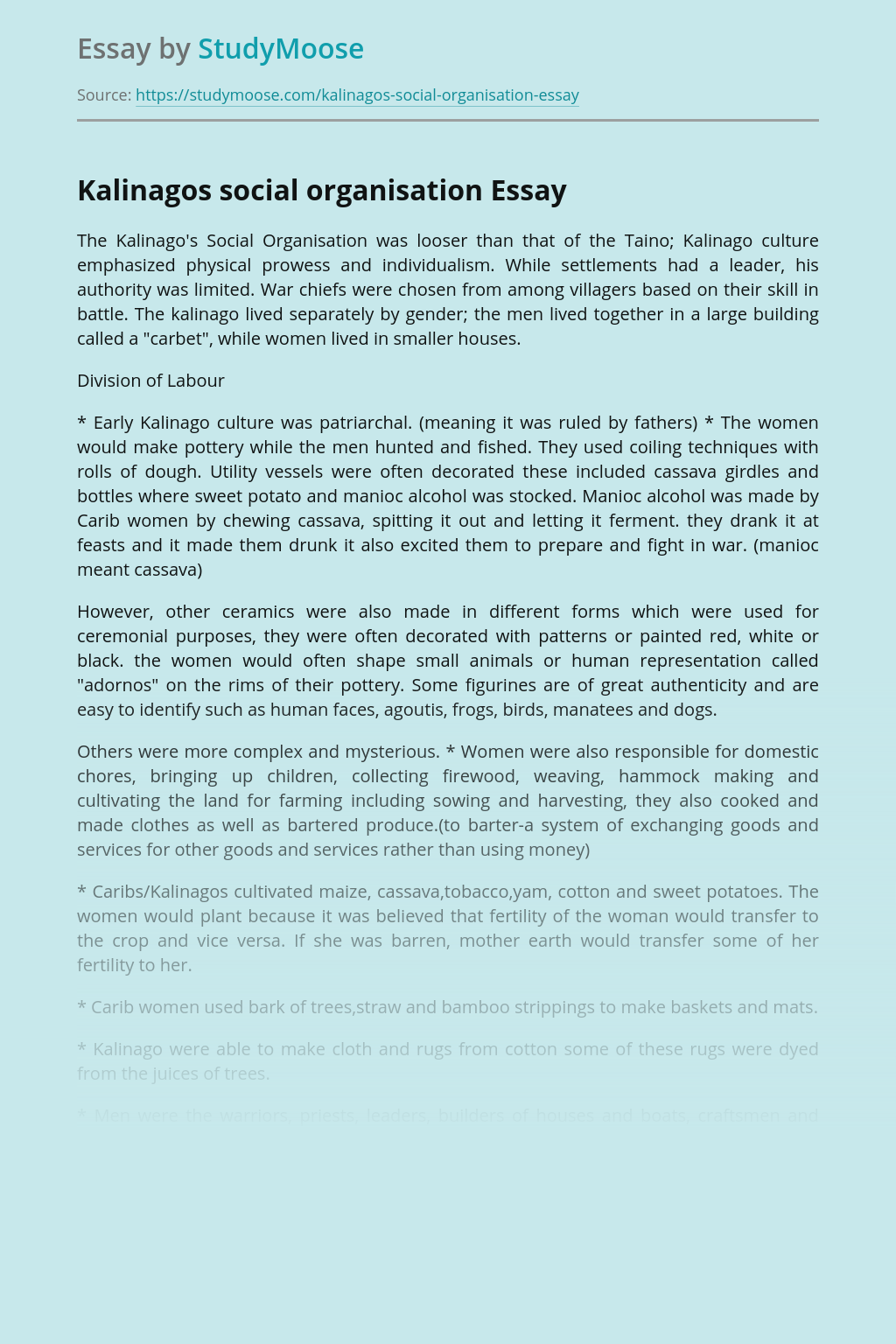