Gothic writing was popular in the 18th and 19th centuries. Gothic writers usually write their novels to create a sense of fear along with excitement and anguish for the reader. Gothic writing usually followed a pattern of plot, location, and character. In Bram Stoker’s novel “Dracula” (which was published in 1897) many gothic conventions are used in order to create the atmosphere of fear and suspense which are essential in gothic writing. The story is very complicated and is told by many of the different characters throughout the novel.

They include Jonathan Harker, Mina Harker and Van Helsing. A convention is an essential ingredient required in a particular sort of writing. In Dracula the main gothic conventions used are: strange creatures, diaries and letters, blood, weather, sinister buildings and journeys and quests. In Stoker’s “Dracula” strange creatures and manifested in the form of mainly count Dracula. The count is a dark creature that is there to give a sense of fear.

In his story Stoker wrote, “A tall man, clean shaven, save for a long white moustache, and dressed clad in black.

” He also writes, “Without a single spec of colour about him anywhere”. This shows that the count is a person who likes darkness and dark colours; He is dull and seems almost colourless. He seems like a person who despises happiness and loves everything sad and evil. He already seems like a suspicious being. An example of the counts inhumane qualities is, “He can, within limitations, appear at will when, and where and in any of the forms that are to him”.

This shows that the count isn’t like any normal human being.

He is very different and can do extraordinary things that normal human beings can never do. In Dracula the story is written in a form of diaries and letters. This form of writing helps the reader to understand what the characters are feeling and going through. It sort of puts the reader into the story. In Bram stoker’s story Jonathan Harker says “I felt a paralysis of fear”, this shows that he is feeling so scared he can’t move. It helps the reader to understand this feeling more clearly because Jonathan is referring to himself and not to someone else.

In Dracula Jonathan writes personal things in his diary which make him seem innocent and he quickly becomes liked by the reader, so when something bad happens to him it makes the reader feel upset and angry as a link or a bond has been created between the character and the reader. A quote showing this is “I had for dinner or rather supper, a chicken done up some way with red pepper, which was very good but thirsty. (Memo, get recipe for Mina). In Bram Stoker’s Dracula the main sinister building is count Dracula’s castle. 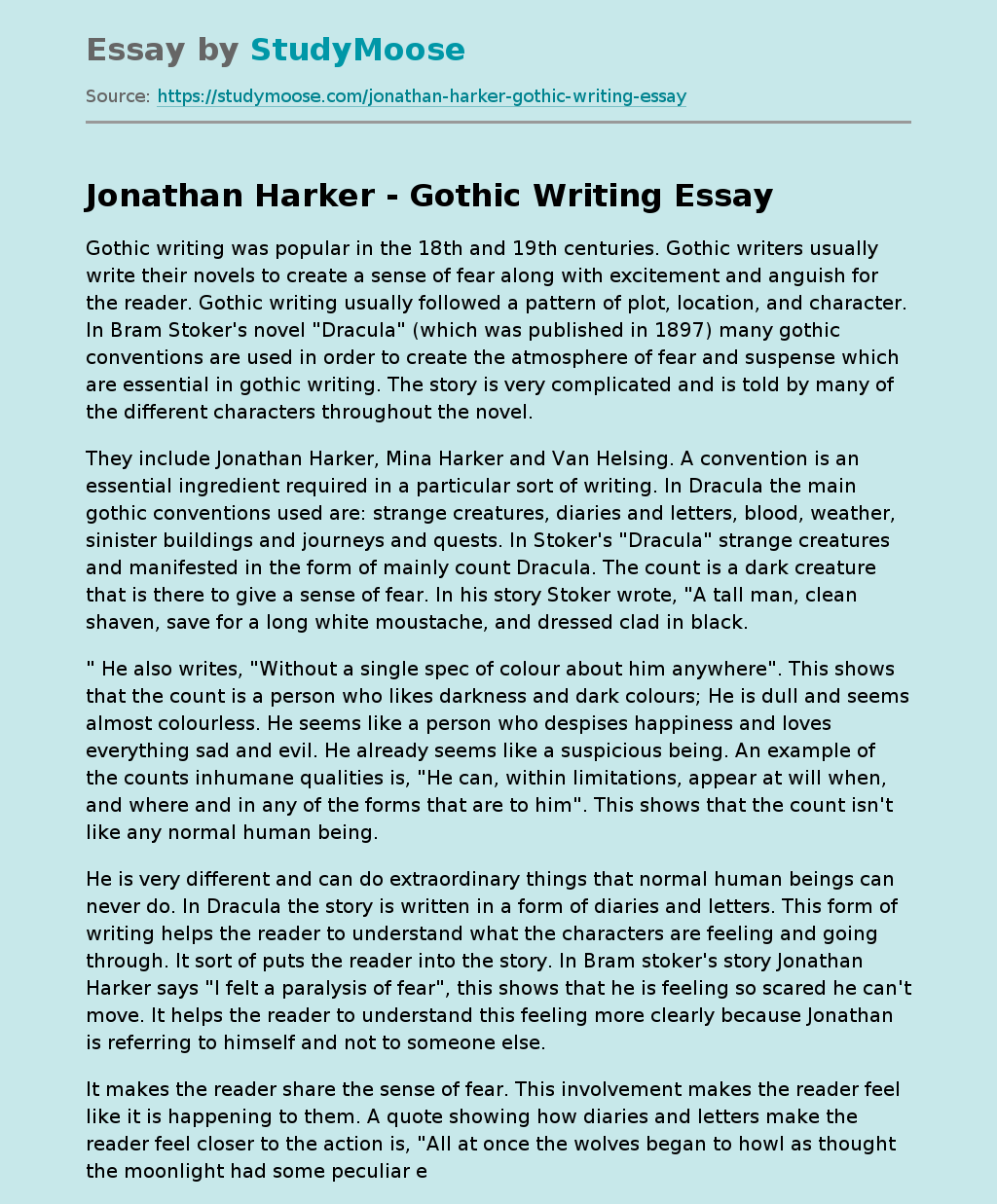