INTRODUCTION: every discipline as a root thus Metaphysics is not an exempt, it has a long history, it began in the ancient time and span through the history of philosophy as a matter of fact metaphysics is the oldest branch of philosophy according to Ayo Fadaunsi he says in reviewing the thoughts of earlier thinkers- Aristotle in his book Metaphysics distinguishes sharply between those who like Hesiod wrote of concerning the gods and those who coming later addresses themselves with the study of nature ARISTOTLE’S NOTION OF BEINGAristotle is one of the Philosophers who lived in the Socrates era, the ancient period, he was born in Stageira in 384 B.

Don't use plagiarized sources. Get your custom essay on
“ INTRODUCTION every discipline as a root thus Metaphysics is not an exempt ”
Get custom paper
NEW! smart matching with writer

We shall therefore make an attempt to discuss of Aristotle’s metaphysical thoughts which are made explicit in this thought: (i) Aristotle’s criticisms on platonic forms (ii) Substance and reality (iii) Matter and form (iv) Potentiality and actuality (v) Cause and effect (vi) Notion of Being ARISTOTLE’S CRITICISIMS ON THE PLATONIC FORMS: Aristotle rejected Plato’s idea on the Platonic world of forms. Plato said that they two different worlds, namely world of form is the ideal which means that things we experience in this material world are the reproduce of the things in the world of from.

INTRODUCTION every discipline as a root thus Metaphysics is not an exempt. (2019, Aug 20). Retrieved from http://studymoose.com/introduction-every-discipline-as-a-root-thus-metaphysics-is-not-an-exempt-essay 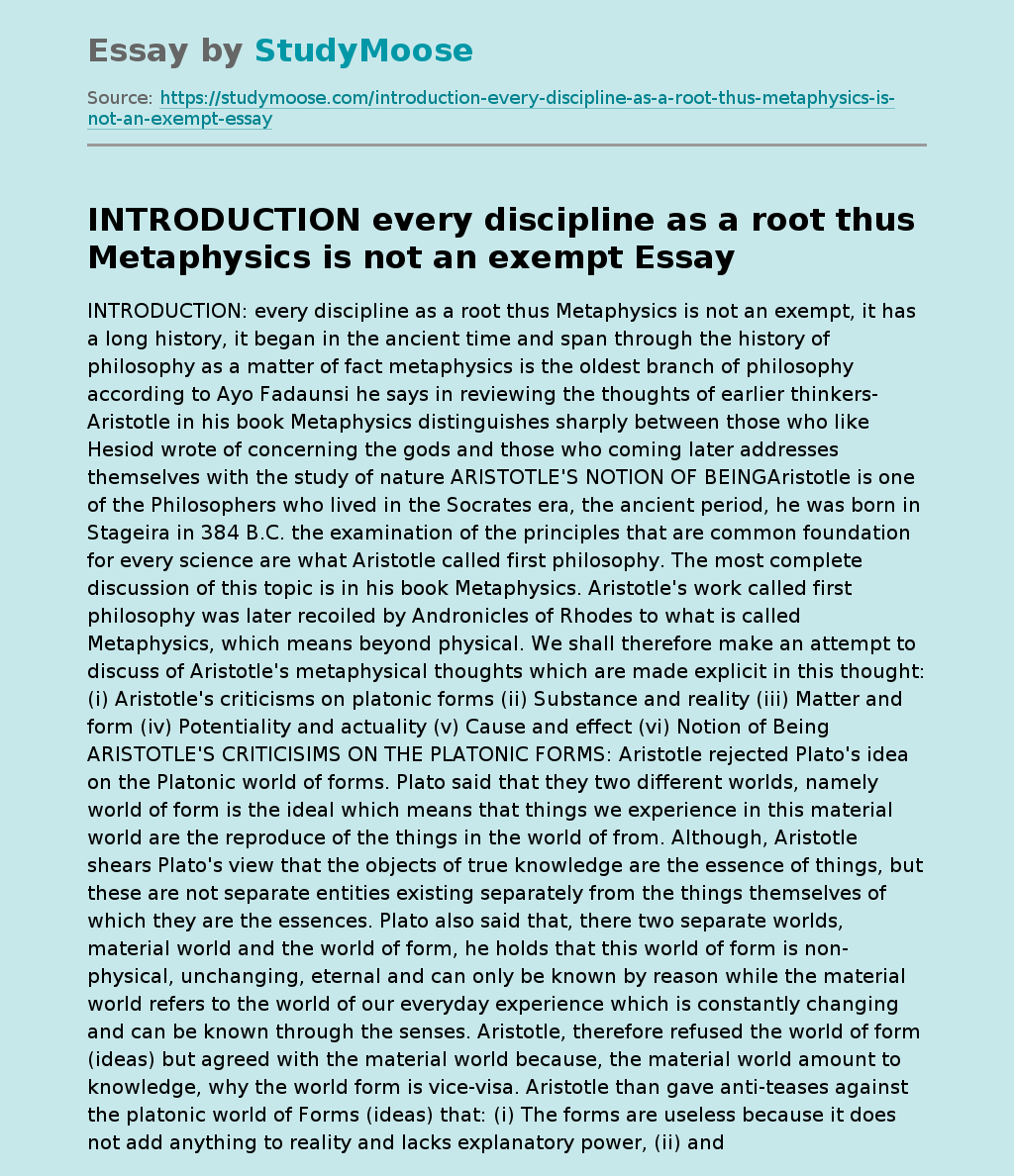