Introduction Every child deserves the best possible start in life and the support that enables them to meet their potential. Children develop quickly in the early years and a child’s experiences between birth and age five have a great impact on their future life. All schools and Ofsted-registered early years providers must follow the EYFS, including childminders, preschools, nurseries and school reception classes. Children will mostly be taught through games and play. The areas of learning are, communication and language, physical development, personal, social and emotional development literacy, mathematics, understanding the world, expressive arts and design.

Don't use plagiarized sources. Get your custom essay on
“ Introduction Every child deserves the best possible start in life and the ”
Get custom paper
NEW! smart matching with writer

Children’s progress will be reviewed when they’re between 2 and 3 by an early years practitioner or health visitor. Their class teacher will assess them at the end of the school year when they turn 5. The assessment is based on classroom observation. It uses the early learning goals, which can be found in the early year framework. The framework sets the standards that all early years providers must meet to ensure that children learn and develop well, ensures children are kept healthy and safe, ensures that children have the knowledge and skills they need to start school.

The EYFS framework published on 3 March 2017 came into force on 3 April 2017. The learning and development requirements are given legal force by an Order made under section 39(1)(a) of the Childcare Act 2006.There are many different theories of development that help us to understand children’s behaviour, reactions and ways of learning. All equally important as they influence practice Piaget’s constructivist theory believes that his four stages of development and the structure of teaching is closely linked.

Introduction Every child deserves the best possible start in life and the. (2019, Aug 20). Retrieved from https://studymoose.com/introduction-every-child-deserves-the-best-possible-start-in-life-and-the-essay 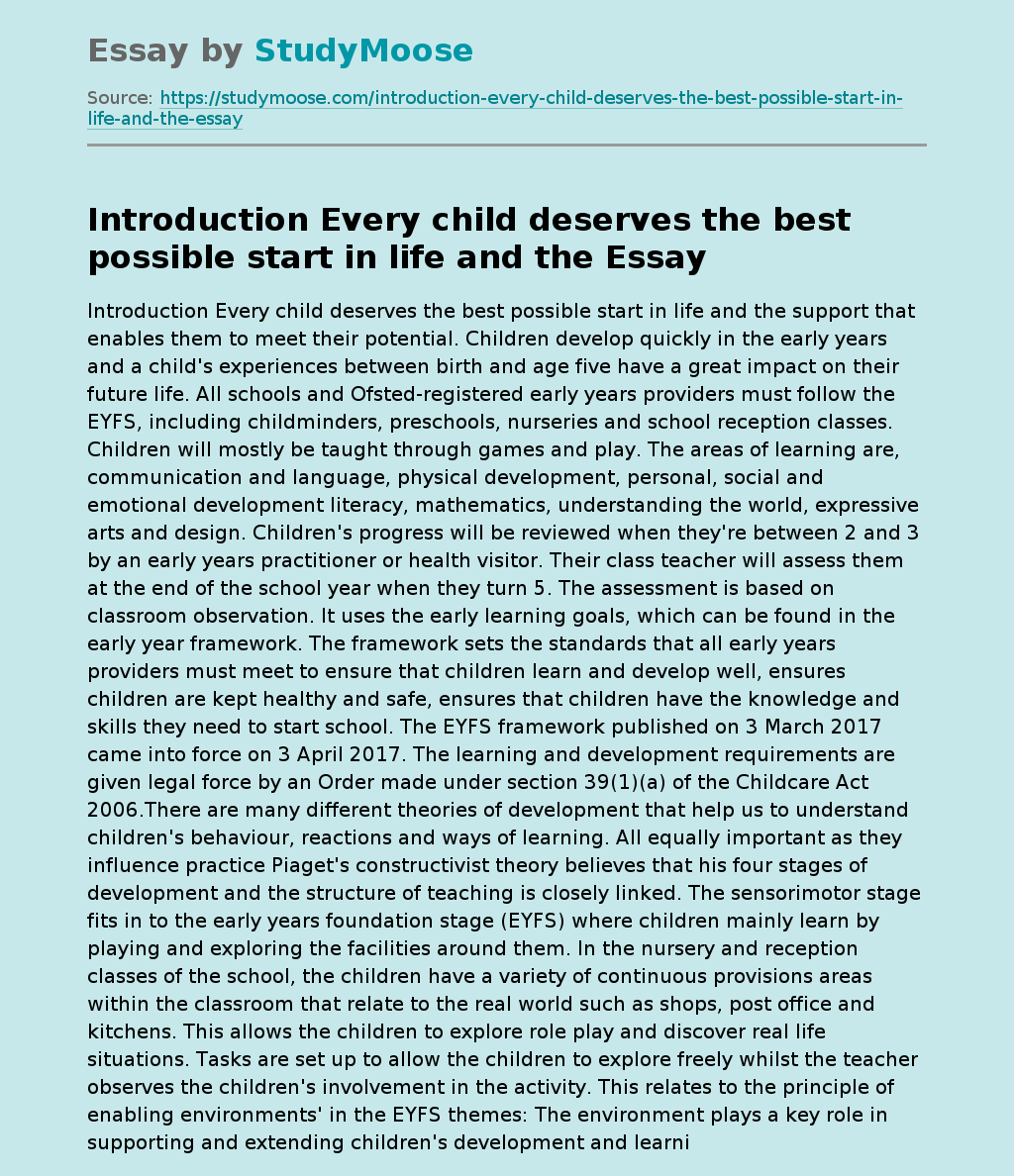