INTRODUCTION ABOUT PROJECT:Patient Management System is an application which allows the user or the management to save the data of their patients as well as accessing and retrieving the data. This system eases the workload on the staff reducing their efforts to save the data manually in files containing patient’s documents and their details. This system also manages the data by creating a definite list of the patient’s details according to the entry created by each patient. It saves the time of the management as well as of a patient during entering the details and saving it for later use and verification.

Don't use plagiarized sources. Get your custom essay on
“ INTRODUCTION ABOUT PROJECTPatient Management System is an application which allows the user ”
Get custom paper
NEW! smart matching with writer

This will help the management to recollect all the details easily of a patient according to his/her appointment. It will also reduce the usage of paper work. This system will make things easier for the management team as whole data is either entered by the patient itself or by a person if necessarily required from the management team on the computer system developed for managing details of their patients.

The patient portal will be visible for easy typing in the details of every patient. All the options related to the patient’s information will be available on the portal itself. My aim is to make a management system technically that separates the details of each patient particularly and specifically.The management system provides the patient with four different buttons. This system will decrease the workload of employees and provides benefit due to database system. Information will be stored in the system and can be viewed at any time.

INTRODUCTION ABOUT PROJECTPatient Management System is an application which allows the user. (2019, Aug 20). Retrieved from https://studymoose.com/introduction-about-projectpatient-management-system-is-an-application-which-allows-the-user-essay 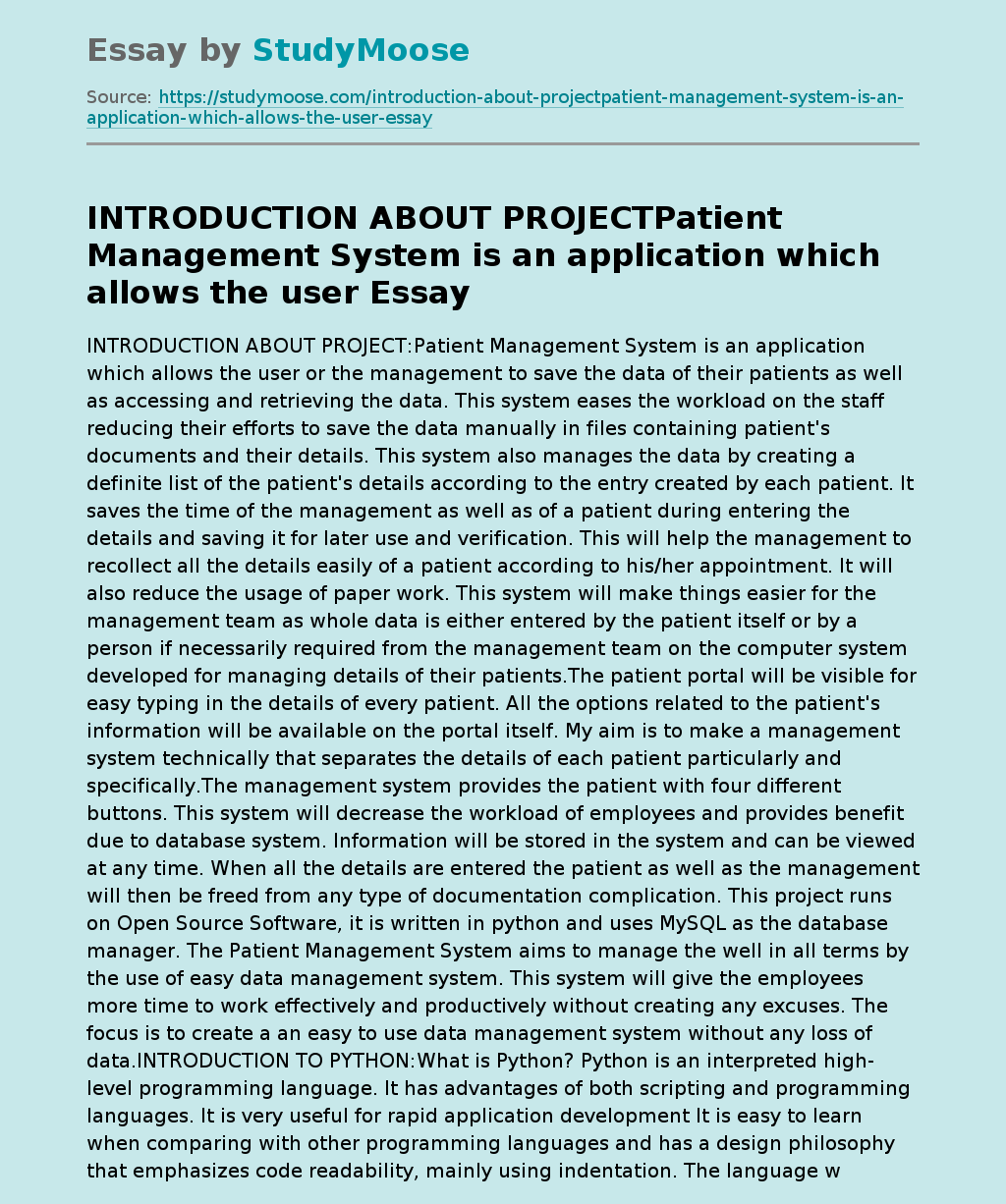