Interrealtionship Between Psychology and Literature

The writers and poets who were in the past they noticed the “unwilling conscience” of subconscious unwillingness.

Don't use plagiarized sources. Get your custom essay on
“ Interrealtionship Between Psychology and Literature ”
Get custom paper
NEW! smart matching with writer

They also noticed that this also reflects many of the subconscious opinions and they also came across the problems. Researchers also present the work in which they are trying to take under their notice that the relationship between literature and psychology their main purpose is that that psychological criticism are categories in such a way as their personality unwillingness, previous arrangements are the dream which effect on symbols creation, metaphor, and allusion by using psychological disapprovals.

Proficient in: Literature And Science

The main purpose of literary work is that they work on specific psychological conditions.

Psychology also gives observations to literature by giving attention to mental processes. A literary work from psychology which is stating characters, and their moods, and convincing the readers into the psychological phases of human reality.

Apart from everything literature and psychology there only one branch of science which is correlated so much in this analysis of this relationship between both the human body and personality and at the same time they had their disagreements and the problems which they are facing, and also doing endlessly efforts to clarify the relationship in terms of specific rules, and to know the most hidden phases of the human personality and its subconscious areas in so much details whereas these both branches have been going through rough paths in between their existence of arts and science for decades.

These two branches are originally back from the Ancient Greeks era. Psychological data works from literature and it was also found in Plato and Aristotle’s works. Psychological most essentials part will have its presence in literary works as long as they will not making humans part of their idea and writings. Literature psychology coverings almost every fragment or parameters we want to have knowledge about literature, the literature is a product of mind. Literature is also well known for an important source of inspiration for the science of psychology, which gives relevant explanations about human emotions, behaviors and mental processes from a scientific perspective.

There are chances of literature to evaluate psychology in terms of empirical evidence and there is also a possibility literature work which is totally based on psychology to give facts. There are three reasons to examine psychology and literature critically which are:

Each category gives an clear concept of psychology is literature specifically in nurturing cultural research. 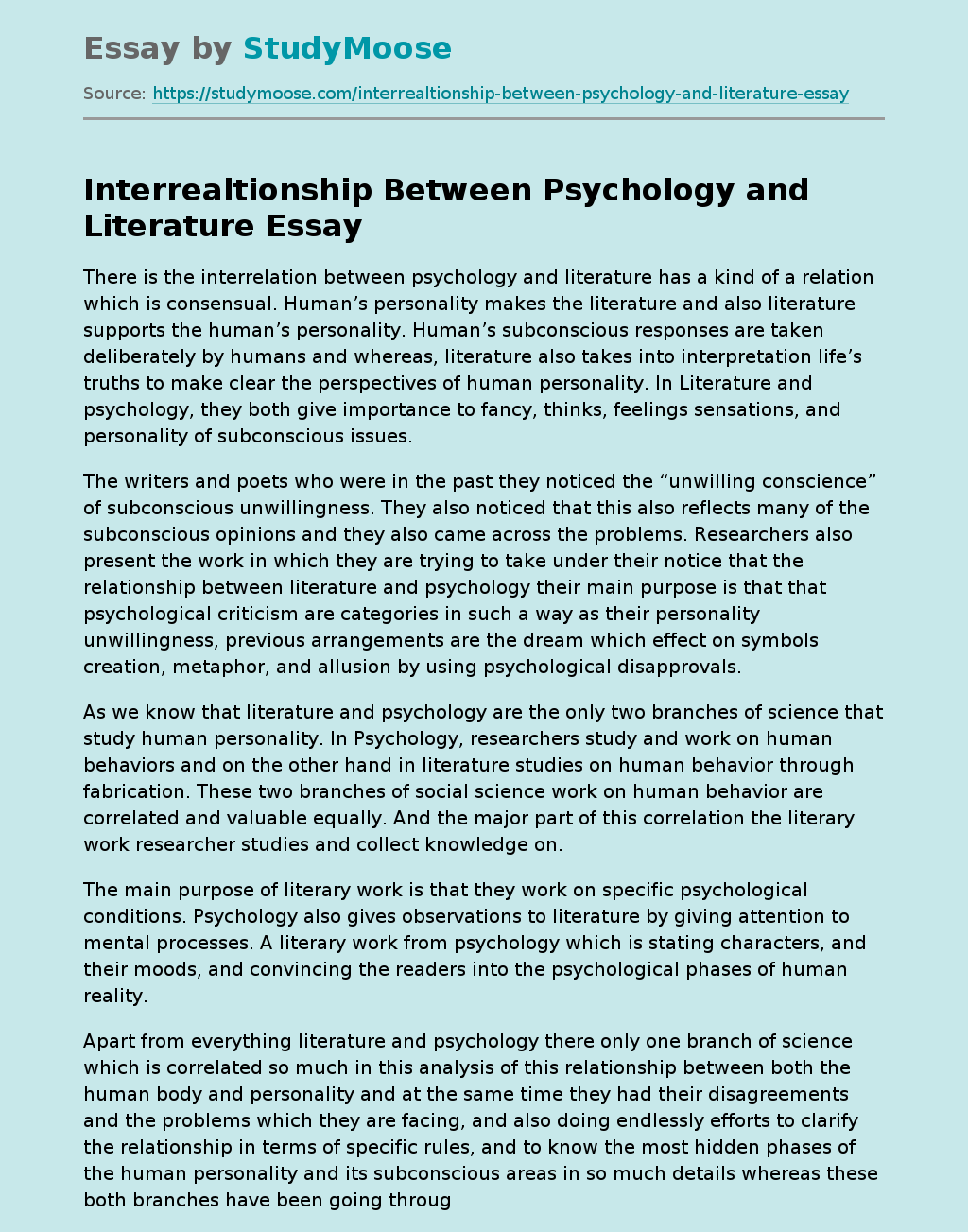