The CEO and CFO maintain a dialogue with institutional shareholders on performance, plans and objectives through a programme of regular meetings. They both speak regularly at external conferences and presentations. Eighty-percent of its stakeholders are based in the United Kingdom but its operational base is in the United States where the largest pharmaceutical market is located. However, GSK shareholders have been vigilant and wanted transparency in the merging of GSK.

Don't use plagiarized sources. Get your custom essay on
“ Institutional shareholders ”
Get custom paper
NEW! smart matching with writer

In his article Strings Attached in cfoeurope.com, Ben Maclannahan explained that chairman Sir Christopher Hogg argued that the payout was necessary to bring Garnier’s salary into line with that of his peers in the US. (According to the AFL-CIO, the federation of American labour unions, Pfizer CEO Henry McKinnell received $34m, or around €27m, in total compensation including stock grants in 2002, while Merck’s Raymond Gilmartin picked up $22. 5m, or €18m. )

But stung by the criticism, the firm took action.

Its remuneration committee, which had commissioned Deloitte & Touche to carry out an independent review of GSK’s remuneration policy in 2002, asked the consultants to widen the scope of their probe to also examine alternative structures for Garnier’s package.

The review included consultation with major shareholders along with representatives from the ABI and the National Association of Pension Funds, who had jointly orchestrated the rebellion. The ‘Strategy Clock’ is based upon the work of Cliff Bowman. It’s another suitable way to analyze a company’s competitive position in comparison to the offerings of competitors.

There a seven core strategic options:

Dr Garnier indicated that GlaxoSmithKline’s strategy for growth is based on fully supporting new and existing products, strengthening the product pipeline, boosting the company’s output of new products and achieving cost savings from the merger.

The maximization of commercial success

However, with its latest development in drug research, in order to maximize its commercial success, GSK must acquire patent protection for its products to prevent negative factors such as generic risk. Since it is now the market leader in pharmaceutical industry, it should take notice of its rivals and competitors marketing strategies to boost its growing market. It should also not take its consumers and buyers for granted. GSK can do this by providing both with good products and services at reasonable and globally competitive prices. It should also continue to make developments in human genome and other bio science research and make them available in the near future.

The merger of Glaxo Wellcome and SmithKline Beecham, completed on 27 December 2000, gave rise to the creation of the world’s second largest pharmaceutical company, the first one being Pfizer then. The merger was expected to increase the company’s market share and dominance. GSK is also the leading campany in HIV/AIDS research but the merger was served to increase its market for existing product but did not lead to further research of new drugs. However, CEO Dr. Jean Pierre-Garnier said that the merger would produce five key competitive advantages for the new company: enhanced R&D productivity, superior marketing power, superior consumer marketing skills and operational excellence.

The new merger provided a larger market for GSK which has been said as more global than Pfizeer, given that it generates far higher proportion of its sales outside the North American market. Since the company is originally from UK, its merging has downsized the jobs in UK but has created more jobs world-wide. Since there has been a rapid change in the advancement of recent scientific discoveries and technology, the merging of these two powerhouse pharmaceutical companies to combine skills and resources is one of the most sensible decisions in the pharmaceutical industry. 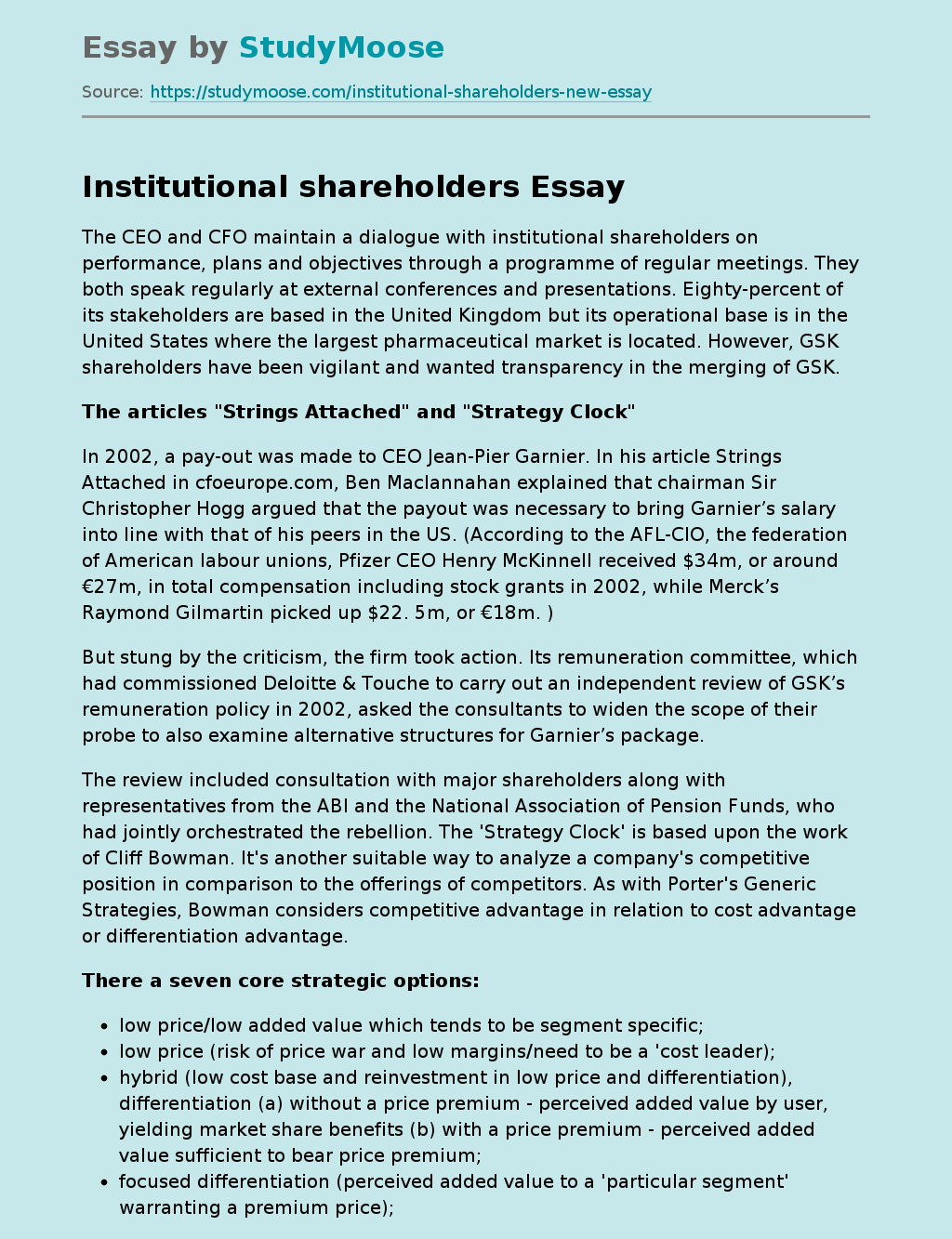