My name is Heru Sulaksono , I’m standing here today because I want to tell you all about Indonesian Traditional music call “ Keroncong” . The history of Keroncong music itself was started when the Portugese invaded Indonesia in the 16th century, this music was first introduced by the sailors and the slaves on the portugese ship as known as “Fadu”. But weakening Influence of the portugese in the 17th century did not make “Keroncong” disappear from Indonesia. This music just continued to grow in Indonesia.

Don't use plagiarized sources. Get your custom essay on
“ Indonesian Traditional Music with Modern Music ”
Get custom paper
NEW! smart matching with writer

In the early 19th century some Indonesian traditional instruments were introduced and influenced this music like the Seruling and Gamelan.

The Golden age of “Keroncong” Music ended in 1960 due to introduction of rock music to Indonesia . Even with this music beginning to disappear, Keroncong music is still played and listened to but most of the listeners are old people in Indonesia. But in the 21st century the young generation of Indonesia ,is making many new breakthroughs to save Indonesia’s traditional music and make it known to the world, for example Bondan Prakoso Ft Fade2Black made a song titled “Keroncong Protol”, this song combines “Keroncong” With “Rap” and “Rock” the result of this combination is good music that everybody can listen to. 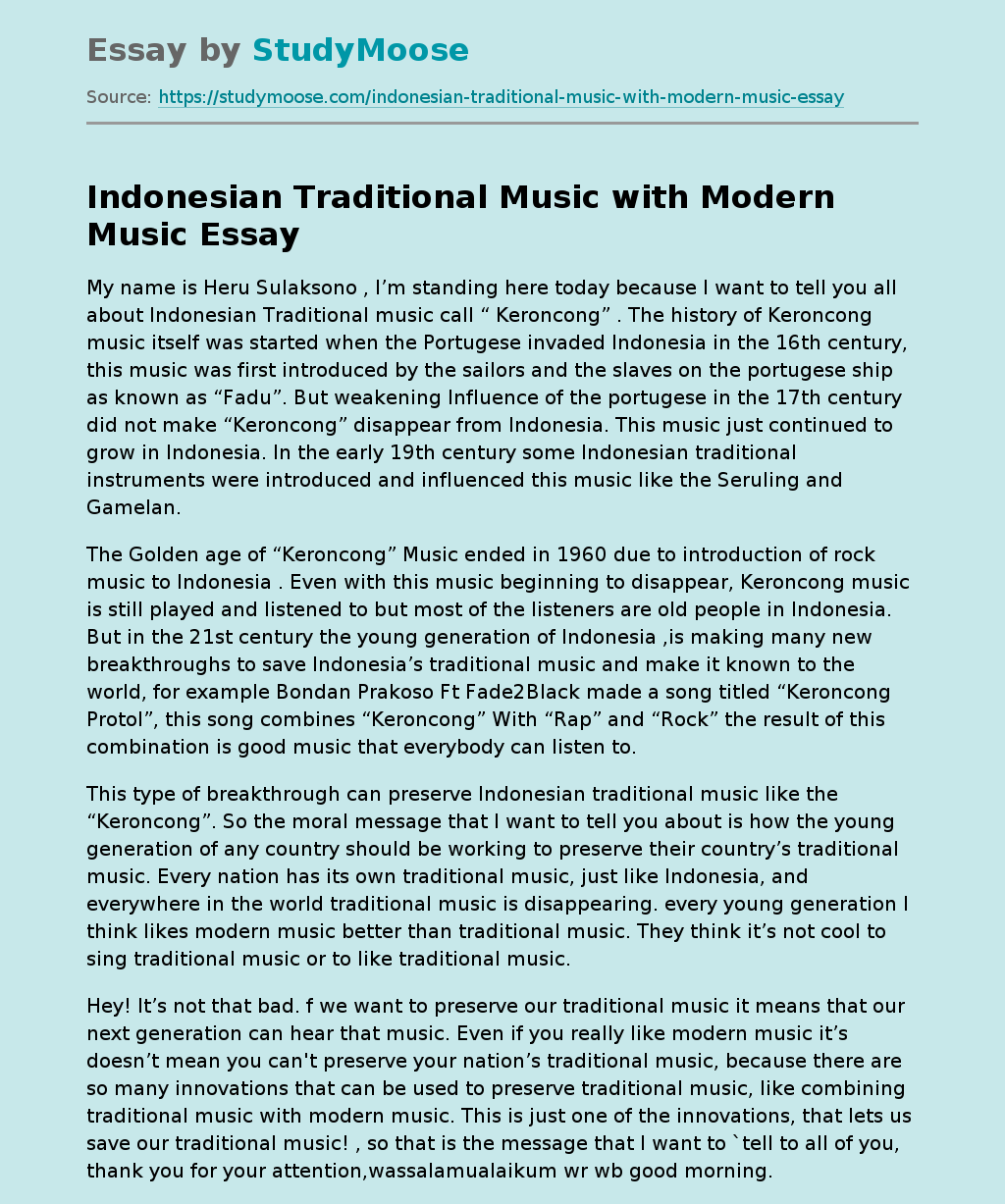