India has one of the best armies in the world. The Indian Army came in existence with independence and has inherited most of the infrastructure of the British Indian Army. In whichever war they have been presented, victory was always theirs. Apart from conflicts, the army has also been an active participant in the United Nations Peacekeeping missions. The British army was a critical force for the dominance of the British Empire, both in India and across the world. In World War I and II, the Indian Army has served.

Don't use plagiarized sources. Get your custom essay on
“ Indian Army ”
Get custom paper
NEW! smart matching with writer

They have fought in Europe, Africa and the Middle East and won glory for the British Empire. They have served in France and many other countries too. The primary mission of the Indian Army is to ensure the national security and defence of India from the external threats and aggression and maintaining peace and security within its borders.

They also conduct rescue operations during natural calamities and other destructions. The army also includes the Indian Air force and the Indian Navy.

Since the freedom of India and the formation of Pakistan, the first war was in 1947 itself for the state of Kashmir. From then on there have been several wars that the Indian Army has faced like the Sino-Indian War in 1962, The Indo- Pakistan war in 1965 and again the Indo-Pakistan war in 1971, later Kargil war in 1999 and have returned all with victory. Apart from these wars, they have also been active participants in peace and assistance missions like during the Korean war, the Indian Army was sent to Korea for peace keep and medical assistance in 1953, they were there for the Liberation of Goa in 1961, they have also undertaken numerous Un peace keeping missions.

For our Indian soldiers to be well organized, and alert they do follow certain principals in life and the qualities that they follow is what makes them stand apart from the rest of the world in many ways. The main qualities that they posses and cling on till the end are: Firstly Discipline – The Indian Army is well disciplined and trained on a regular basis. Second is the love and respect they build for their country that no conditions could break it. The next is the Do or Die situation. The courage they have cannot be measured in any aspects as they are very much willing to die for their nation. The passion for their nation is something that we as citizens of India should look up and learn.

The Indian Army is the most powerful army and they have no failures recorded. With more equipment’s and proper training, India could be more proud of her Jawans in the coming years and we should respect and honour the soldiers who guard us day and night, sacrificing their pleasures for the safety of the nation.

India has one of the finest armies in the world. Our soldiers have proved their mettle in all theatres of wars since prehistoric times, hi recent times our soldiers were sent to the Congo, Suez, Indo-China and Korea on missions of peace. During the last two World Wars our soldiers fought in Europe, Africa and the Middle East and won laurels for the British Empire. Our soldiers served in France and other countries also. They helped to bring Hitler and his armies to their knees. Wherever they were sent, victory was theirs. It goes to the credit of the Indian Anny that the first Victoria Cross went to the credit of an Indian soldier. Our soldiers have never surrendered. Their motto has always been “do or die”.

In the India-China war of October-November 1962 and later in the Indo-Pak war of September, 1965 one Indian soldier killed many times his enemy counterparts on various fronts. If India retreated in the India-China war it was not for want of courage but for want of adequate weapons which the Chinese had and we did not. hi fact our soldiers were not even adequately clothed. As an American paper said, our soldiers were fighting on icy tops of the mountains in summer uniforms. If we had fought for the British so heroically, we could certainly fight for defending our freedom. But we have to train our army for the purpose. We are not only short of weapons but also short of trained officers to lead the armies. We will have to fill all the gaps as rapidly as possible.

It is a hazardous task to give rapid promotion to junior officers but we are sure they will justify the confidence of the nation placed in them. The Indian Army has three wings-land forces, navy and air force. The Chiefs of the three forces are directly under the President of India, who is the Supreme Commander of our armed forces. The three wings of the Indian Army need to be strengthened. It is a pity that some of the leaders of our country failed to foresee the Chinese threat and slowed down defense production. The India-China war has served a useful purpose. With the aid of friendly nations we will soon make up the loss.

Let every Indian soldier remember the inspiring message of one of the ablest leaders of India, Sardar Patel:- “The deeds of gallantry you performed in the two Great wars adorn the pages of world history. Even the enemy recognised your merit in war. You proved yourself first-class soldiers, inferior to none in the world. But then you fought for others. Now you have to fight for your own country, your beloved India. “You should prepare yourself for the responsibility which will continue to increase. We have won the freedom. It is for you to guard it. You have to make an all-round effort to maintain and consolidate it. Let the discharge of your duties be your privilege. You will enhance the reputation of your country and the country will be proud of you.” 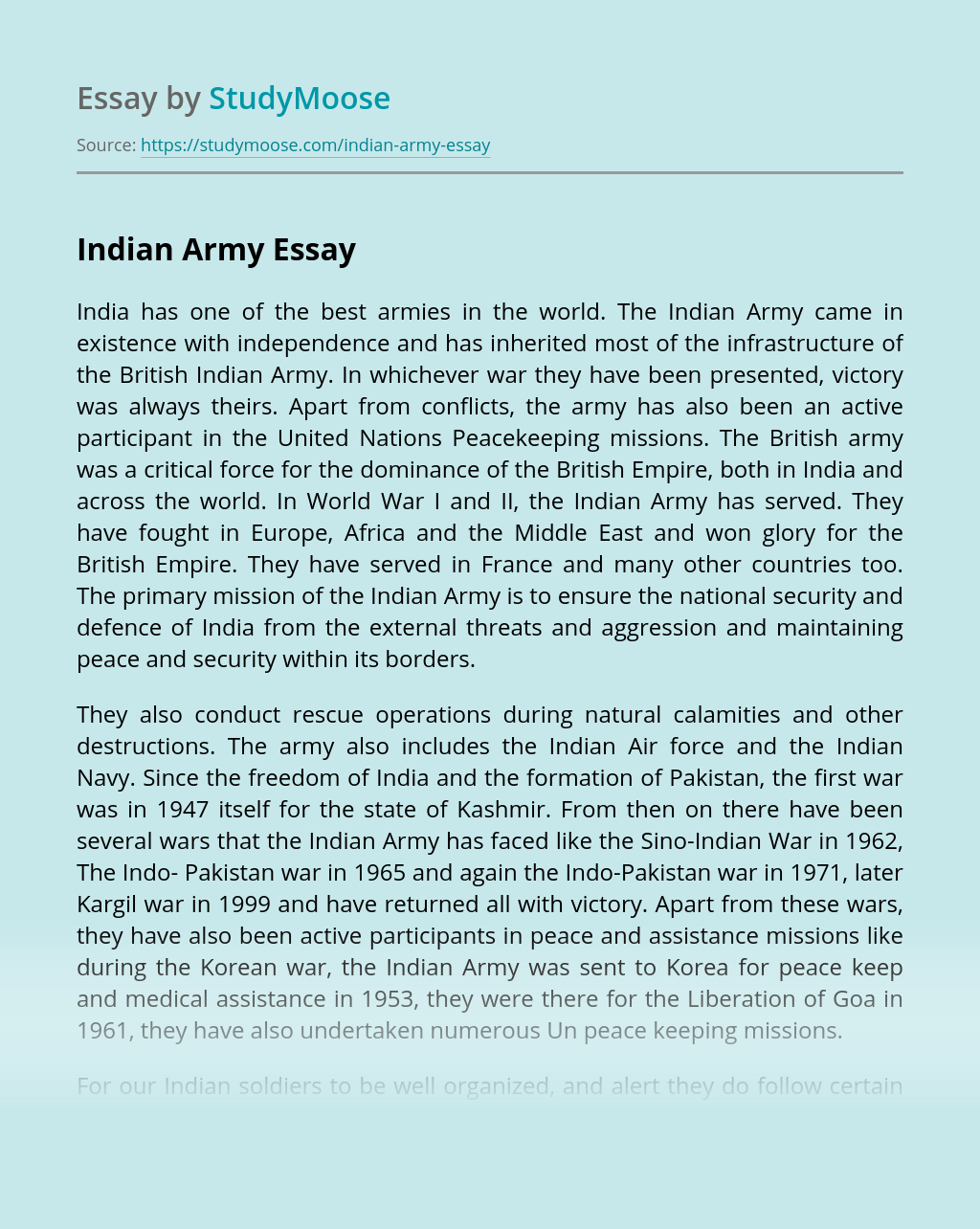