In the book 1984, George Orwell uses a man named Winston Smith. In the beginning of the book Winston looks out his window and sees a poster that says, “Big Brother is watching you” (Pt. 1 Chp.1) and begins to act rebellious. Winston tries to escape the “Big Brother” in his mind, he begins writing in his diary about it. Winston Smith in the beginning of the story is against Big Brother. Winston is portrayed as a character that has knowledge, and the ability to stray from conformity, and the “will” to do his part to change the society from the way it is,with the controlling government over the people and presenting dominance over all aspects of their lives.

Don't use plagiarized sources. Get your custom essay on
“ In the book 1984, George Orwel ”
Get custom paper
NEW! smart matching with writer

Winston separates himself from the majority of his fellow citizens by seeking and taking action for various acts of rebellion. While all the chaos is happening, he tries to keep sane, even while things around him are constantly inhumane. Winston feels as if he is being watched by the telescreens, considering the fact they are everywhere he turned. 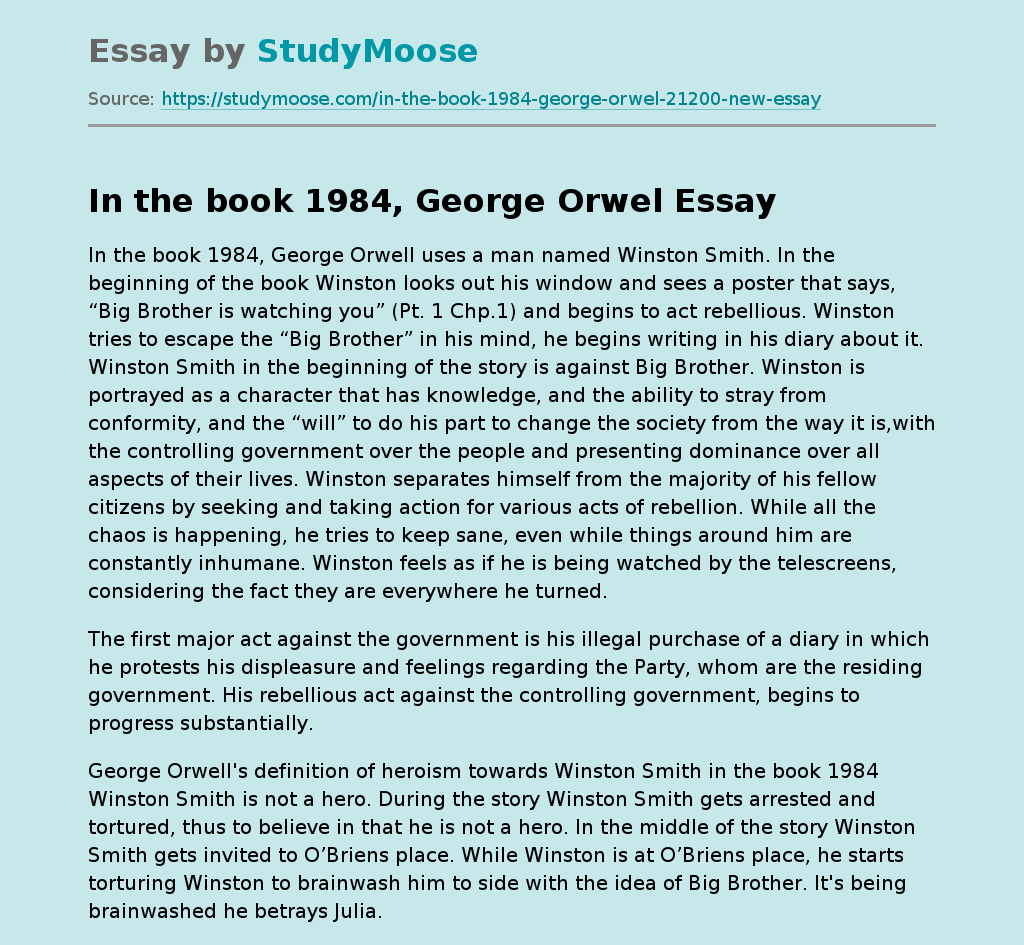