In 2018 research showed that the South African Petroleum sector contributes an average of 6% to the GDP of the country while also supplying an average of 18% of the countries primary energy needs. Statistics for 2018 showed that South Africa’s crude oils imports sit at an average of 80%. The petrol station industry consists of 6 major players in the market that are well known. The six petrol stations are British Petroleum (BP), Caltex, Engen, Sasol, Shell and Total. In the above pie chart we see which petrol brand is the most popular in the industry.

Don't use plagiarized sources. Get your custom essay on
“ In 2018 research showed that the South African Petroleum sector contributes an ”
Get custom paper
NEW! smart matching with writer

In 2018 research showed that the South African Petroleum sector contributes an. (2019, Aug 20). Retrieved from https://studymoose.com/in-2018-research-showed-that-the-south-african-petroleum-sector-contributes-an-essay 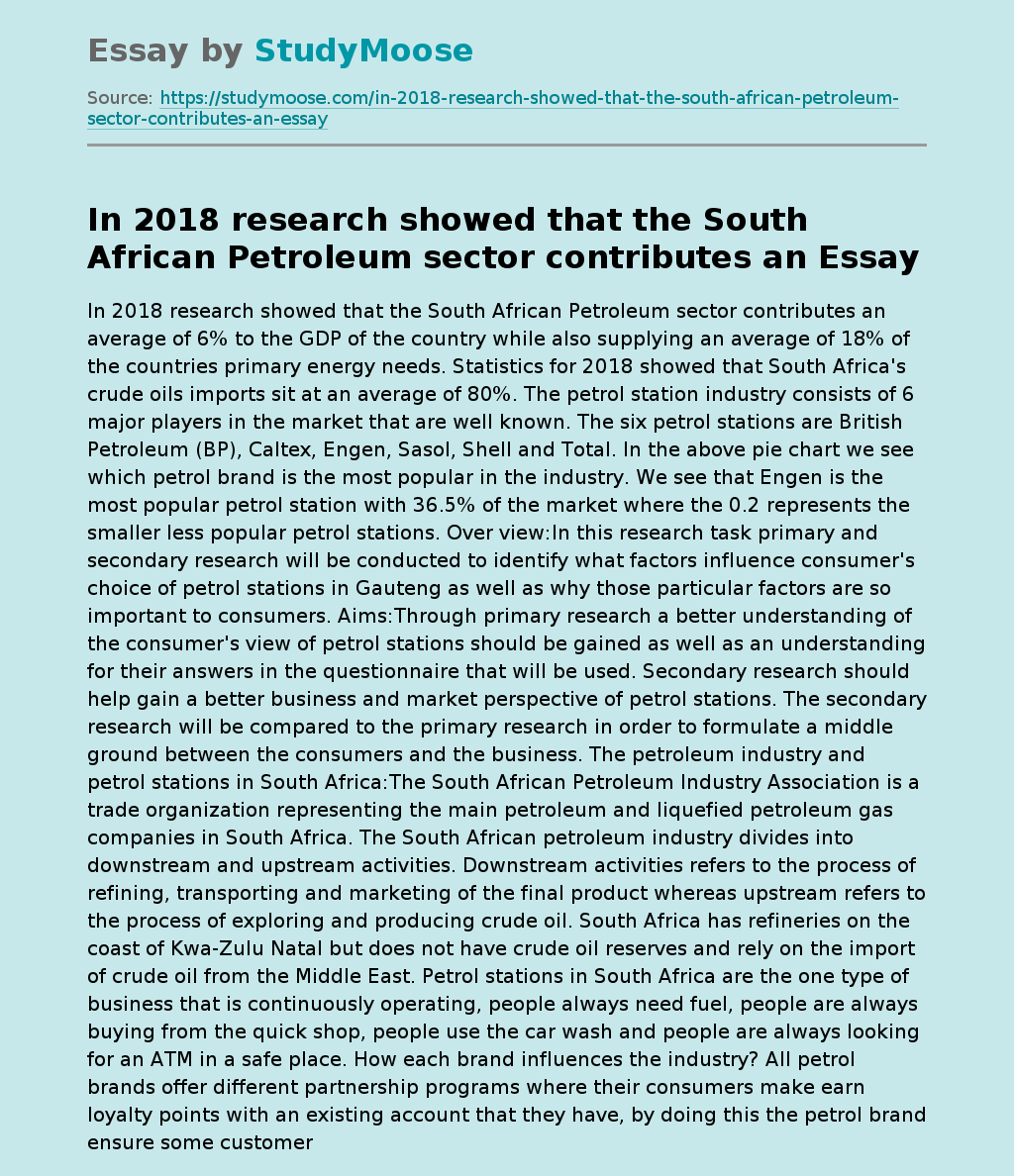