The most significant difference between Imperial Rome and Mauryan/Gupta India was the structure of their governments, yet both empires were heavily influenced by religion and both had similar causes of their eventual downfalls.

Imperial Rome and Maurya India were both run as centralized systems of bureaucracy because it kept their empires strong and more organized. The Gupta India, however, was decentralized and maintained their strong central government with an emperor and by strictly enforcing the caste system and other Hindu beliefs.

Don't use plagiarized sources. Get your custom essay on
“ Imperial Rome and Mauryan/Gupta India ”
Get custom paper
NEW! smart matching with writer

Not having a centralized government made it increasingly difficult to keep the empire strong and clear of invasions from neighboring regions. However, Rome, contained an empire and a senate, which allowed lower class people to be apart of and have a say in their written law code.

Religion played a large role in Imperial Rome and Mauryan/Gupta India. The Gupta’s government was organized mostly by the caste system because of their lack of centralization and dependence on religious beliefs to set laws.

Confucian and Buddhist ideas also were spreading around India at the time. In Rome, Christianity was taking over. Emperor Constantine created the new capital, Constantinople, and segregated the empire in two halves. He used his great influence to spread the word of Christianity.

Imperial Rome and India fell because of disorganization and chaos within their empires. They both went through political discontinuity, problems with their taxes, over-expansion, and political corruption. When Constantine divided Rome into two empires, he claimed all of the eastern side, causing the western side to lose any previous power and economic prosperity.

This led to disorder within all of the Roman Empire. Because India was uncentralized, it was difficult to keep the empire correlated and steady, leading them to subsidize. As both empires continued to expand, the military had trouble keeping their borders under control, giving neighboring countries easy access to attack and conquer. 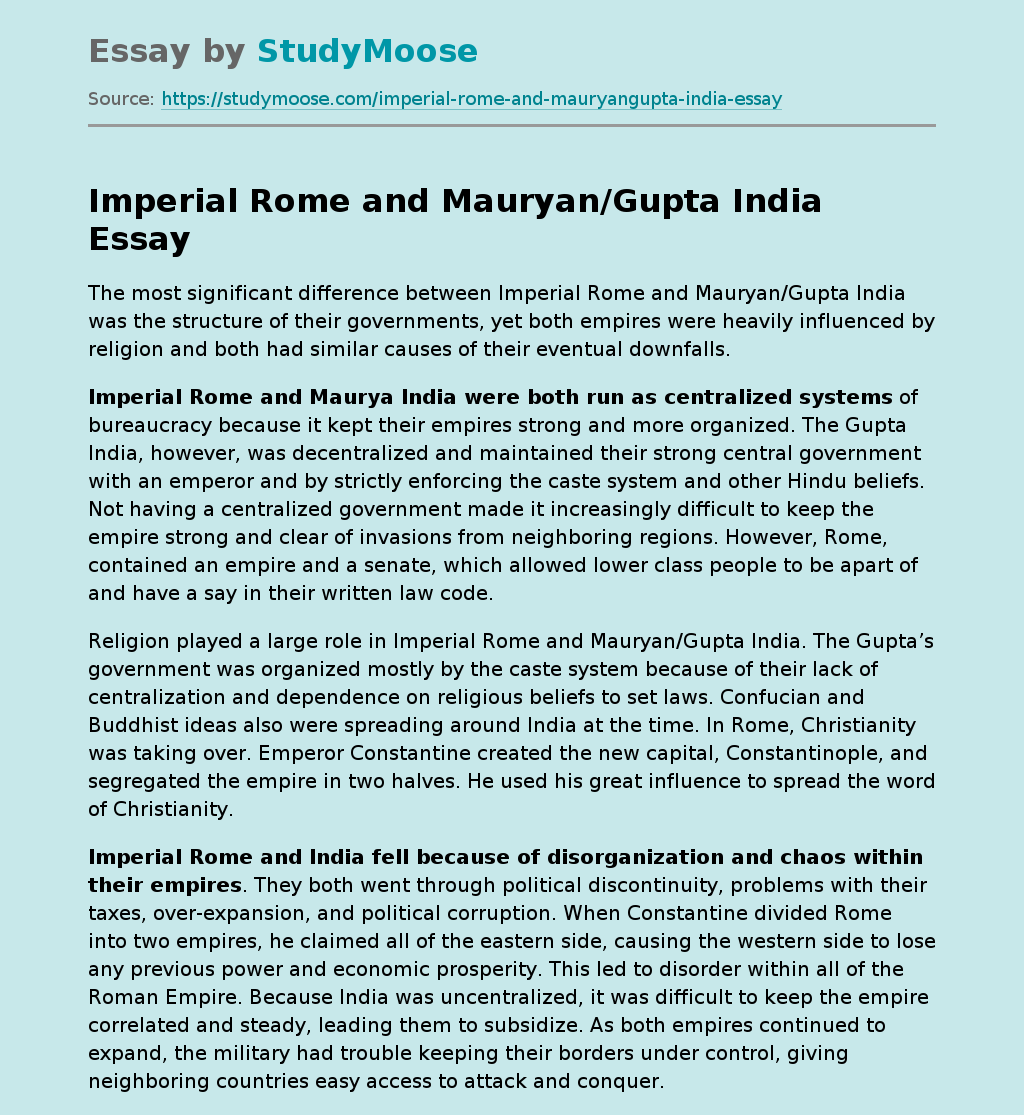