Mental illness, eating disorders and plastic surgery are all outcomes of body and self-image portrayed and effected by media. Throughout history beauty standards has been as major factor that appeals on media to audiences, you have to look a certain way to feel accepted, beautiful and comfortable in your own skin, these ideal factors are always changing and getting more and more unrealistic. Media has affected teenagers by portraying the wrong body image that makes teenagers hate their own beauty. These misconceptions of making teens believe that their body isn’t perfect.

Don't use plagiarized sources. Get your custom essay on
“ Impact of Media on Plastic Surgery, Eating Disorders and Mental Illness ”
Get custom paper
NEW! smart matching with writer

In the roaring twenties, a flat chest, downplayed waist and a boyish figure was desirable. In the golden age of Hollywood (1930s-1950s) a curvy figure, large breasts and a slim waist was ideal, the swinging sixties you would be thin, slim and willow. The supermodel era celebrated the athletic, svelte but curvy, tall and toned arms look.

Postmodern beauty is having a flat stomach, being a healthy skinny, a thigh gap and having large breasts and butt. As time changes, so do these standards for woman to live up to, the only way girls go to fix their ‘flaws’ are either having plastic surgery or going into serious eating disorders. In the 1950s and early 1960s the blonde bombshell Marilyn Monroe was one of the most popular sex symbols, Marilyn represented an extreme hourglass figure, but despite that, Marilyn was seen as ‘plus’ size. In today’s society the ‘perfect’ bodies are portrayed on the Kardashians with a flat stomach, big butts and breasts and thigh with an hourglass figure, this portrayals by the Kardashians and Jenner’s are not natural and done by surgeries.

1 in 7 of adolescents were assessed as having mental health disorders in the previous 12 months which is equivalent to 591, 000. 2.8% of all children in Australia have major depressive disorder which is equivalent to 119, 000. The mental disorders were slightly higher for older females at the ages of 12-17 years old at 12.8% than younger females aged 4-11 at 10.6%, while the older males had 16.5% and the younger has 15.9%. Worldwide, more than 7% of adolescents experience major depression (1.8 million) and the mental health of teens only seem to be worsening to increase by 8%. 229, 000 cosmetic surgery procedures were performed on patients aged 13 to 19. Approximately 4% (913, 986) teens in Australia have an eating disorder. All of this due to medias unrealistic body images, its not like we can photo shop in real life without a million dollars.

Miss representation is a woman empowering documentary presented on Netflix that explores the representation of women in positions of power in America, this challenges the medias portrayal on powerful women and positions the audience to understand how media effects women and gives off limited point of views for society to follow on. This film addresses the important issue on how women are represented in the media and the impact of such representations have on how society perceives women and the struggles that women go through every day.

This film shows viewers on how media makes money by objectifying and stereotyping women, the key slogan for miss representation is ‘you can’t be what you can’t see’ this is telling that girls cannot become successful and empowered if they keep seeing women who embody the stereotypical traits on television, movies, social media and magazines that are sexualized. Miss Representation reveals the ugly truth of women to the audience in order to have young boys and girls learn the from today’s mistakes, one quote was ‘my sister cuts herself because she was teased by her friends as she does not have a perfect body’ this ridiculous obsession on putting pressure on girls to look a certain way results in mental illnesses such as depression and eating disorders. Miss representation exposes on how youth are being sold the concept that women and girls values lies in their beauty and sexuality instead of education and knowledge. 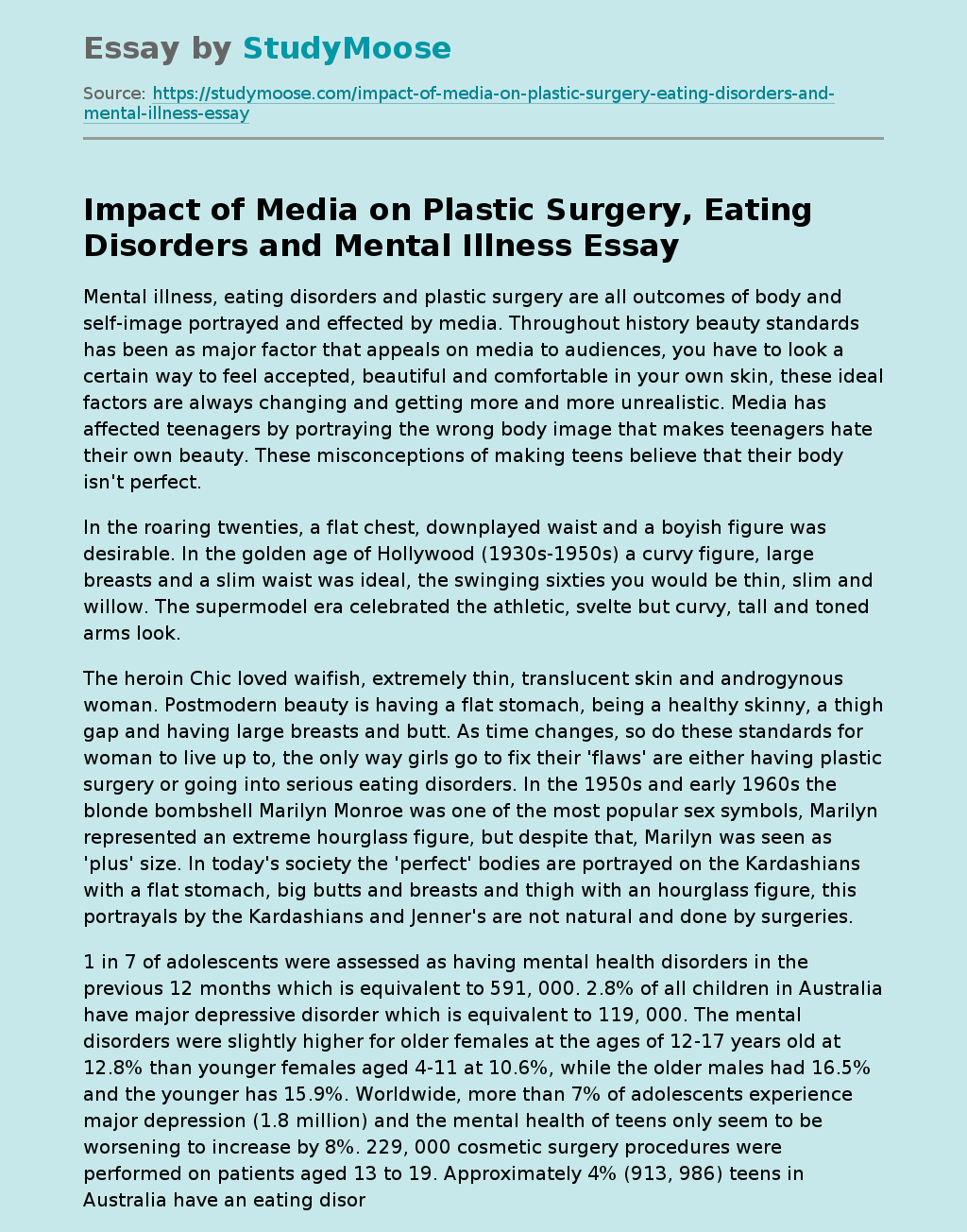