Immigration to the United States

An overview of immigration to America and the pros and cons of the process.

Immigration to the United States The question is have we given up on turning our immigrants into Americans (Brimelow 30). Undoubtedly, all the hipped-up controversial rhetoric will deter the immigrant population from becoming legal. It has become such a hassle to go through the process that many people choose to cross the border without permission. Before 1960, eighty percent of the immigration to America came from Europe. Since 1960, however, eighty percent has come from places other than Europe (Wishard 153).

Don't use plagiarized sources. Get your custom essay on
“ Immigration to the United States ”
Get custom paper
NEW! smart matching with writer

In fact, many immigrants are reluctant to become legal. Many harbor hopes and dreams of eventually returning to their friends and family back home. Then there are the distinct few who do not wish to decide, and would like have “dual citizenship.” To be loyal to more than one country, to vote in both countries, and to travel back and forth easily (Limon). To understand the affects of immigration one must study the state where it is more rampant. California is a magnet for immigrants.

Immigration to the United States. (2020, Jun 02). Retrieved from https://studymoose.com/immigration-to-the-united-states-new-essay 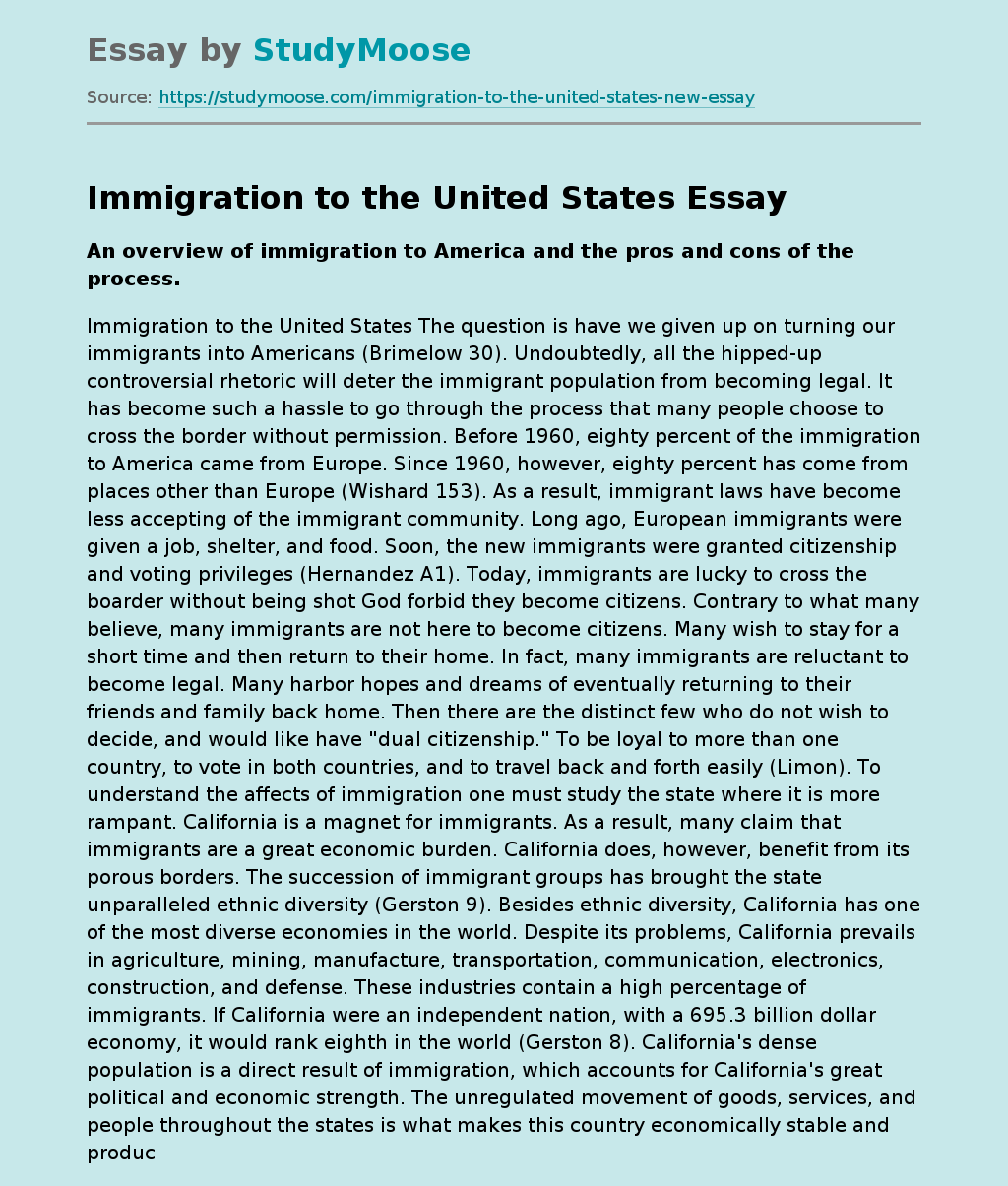