Immigration reform is a widely debated topic that affects the lives of every citizen whether they are for, against or indifferent to the issue. The United States needs a new immigration policy that is based less on wishful thinking and more on realism. Spending vast sums of money trying to enforce arbitrary numerical limits on immigration that bear no relationship to economic reality is a fool’s errand. We need flexible limits on immigration that rise and fall with U.S. labor demand, coupled with strict enforcement of tough wage and labor laws that protect all workers, regardless of where they were born. We need to respect the natural human desire for family reunification, while recognizing that even family-based immigrants are unlikely to come here if jobs are not available. And we need to create a pathway to legal status for unauthorized immigrants who are already here so that they can no longer be exploited by unscrupulous employers who hang the threat of deportation over their heads.

The impact on ethics regarding immigration reform is that there are many Americans who object to providing health care to those who are in this country illegally and they make the principled point that people who violate the immigration laws of this country have forfeited any moral claim to assistance and should not benefit from their illegal behavior.

They also argue that providing those here illegally with access to regular health care will as a practical matter have the undesirable effect of increasing illegal immigration.

On the other hand the principled argument in favor of including illegal immigrants in health reform is that decent health coverage is a basic human right. A just nation should support that right for everyone, regardless of why or how a person is in the country. There are also practical reasons to support including undocumented immigrants in health reform. Ethics aside, there is no pragmatic way to deny emergency care to illegal immigrants The impact on morals regarding immigration reform would be how does the issue of immigration reform sits with your mores and values. Should the Christian Values of treating others how you would like to be treated be used? Many Liberals would like to change the laws on immigration to strengthen border security and be fair to taxpayers but also include a pathway to citizenship for immigrants who are in the country illegally.

Conservatives would like to strengthen the existing laws and see that the immigrants that entered the country illegally are deported even though in most cases it would cause the break-up of families as some members may be here illegally and some may be either naturalized or citizens by birth. The things to consider when reviewing how Immigration Reforms would impact our lives is: What are the costs of securing our borders? The current estimate in the costs of securing the borders is $40, 000 per illegal immigrant and the impact it would have on the families and economy of those that live in the border cities would be devastating in terms of loss jobs and revenue. This does not take into account the amount of money spent to hire and train new Border Patrol Agents and drug dogs; using the National Guard and their equipment, and building a fence which places the cost at about 90 billion dollars a year.

What are the costs of detaining immigrants? According to the American Civil Liberties Union the cost of detaining an illegal immigrant is between $122 -$164 a day. More information in argumentative essays.

Should illegal immigrants receive help with medical and food? This is an ethics and moral issue concerning decent human treatment. Though it would place a heavy strain on resources and the economy some type of system should be set up with a limit on how often an illegal immigrant could use the services until citizenship is granted and a repayment plan is instituted. 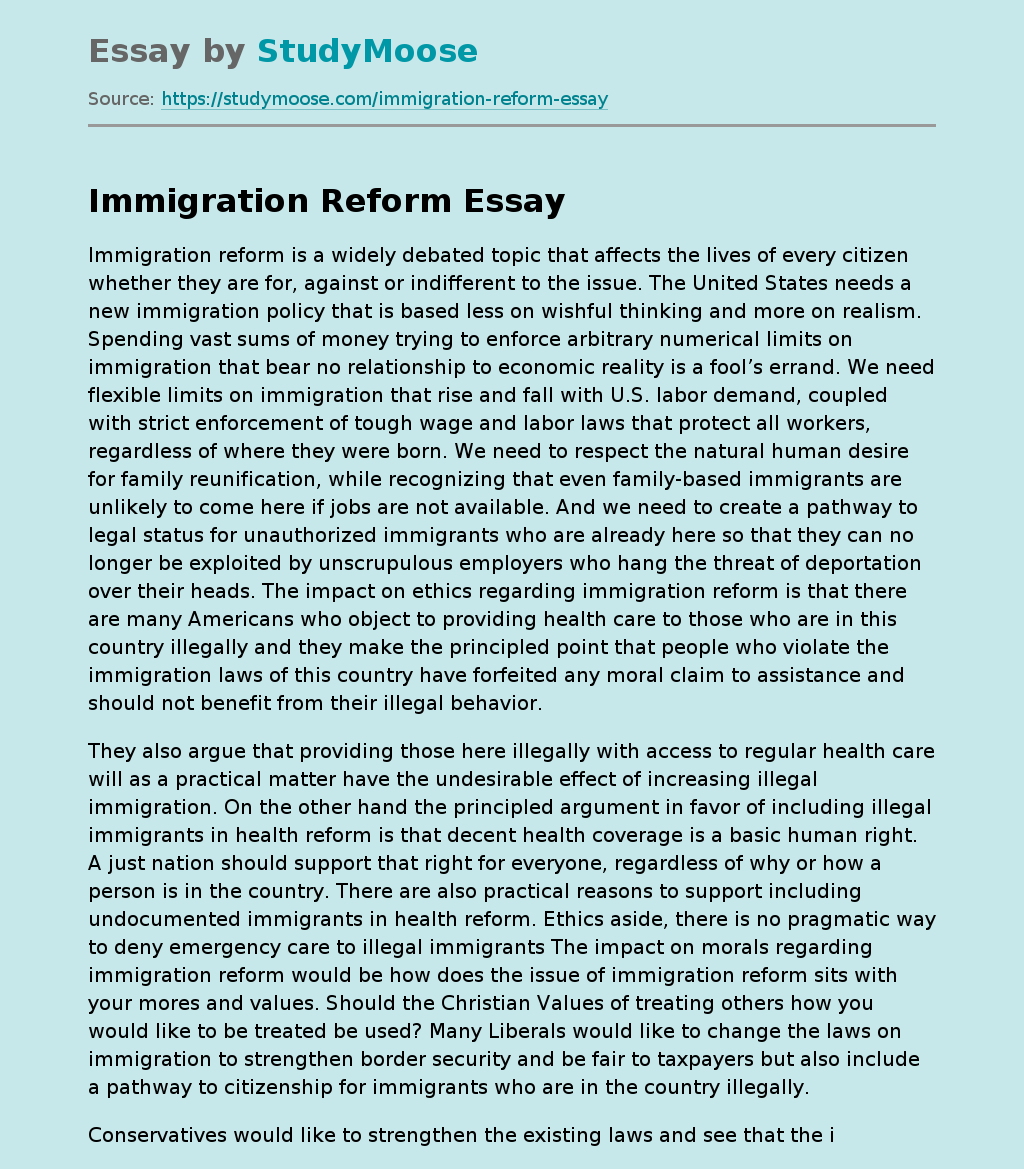