In Homer’s, The Iliad, Book 1, “The Rage of Achilles,” one of the main concepts presented is the idea that the gods desire honor and glory. It is very evident that both Achilles and Agamemnon are in competition for more power and dominance. This idea is demonstrated primarily through the two prize women, Briseis and Chryseis, daughter of Chrsyses.

While the Trojan war was going on, both Achilles and Agamemnon had a fight amongst themselves, rather than focusing on the war going on around them.

Don't use plagiarized sources. Get your custom essay on
“ Iliad Book 1 Achilles Vs. Agamemnon ”
Get custom paper
NEW! smart matching with writer

Achilles claimed Briseis (the more desired of the two girls) and Agamemnon claimed Chrysies. Agamemnon really wanted Briseis because he believed he deserved her for being the chief of the Achaean forces, but by claiming Chrysies, Agamemnon was able to plot against Achilles.

Chryses did not want his daughter to be in the hands of Agamemnon, so he begged and pleaded to Apollo to help in getting back his daughter. Apollo sent a plague on the Greek people, and Agamemnon then announced to Achilles that he would only give back Chryseis if he could have Briseis.

This made Achilles very angry because he too believed that he deserved Briseis. Achilles was more concerned about keeping Briseis in order to look better, than making peace of the situation and trading Briseis for Chryseis.

This showed how important it was to have honor and to appear in control. They put their desires for person honor and glory above the fact that there was a serious war going on around them by putting more focus on who would win the better of the two girls, overall reflecting the theme of dominance and control. 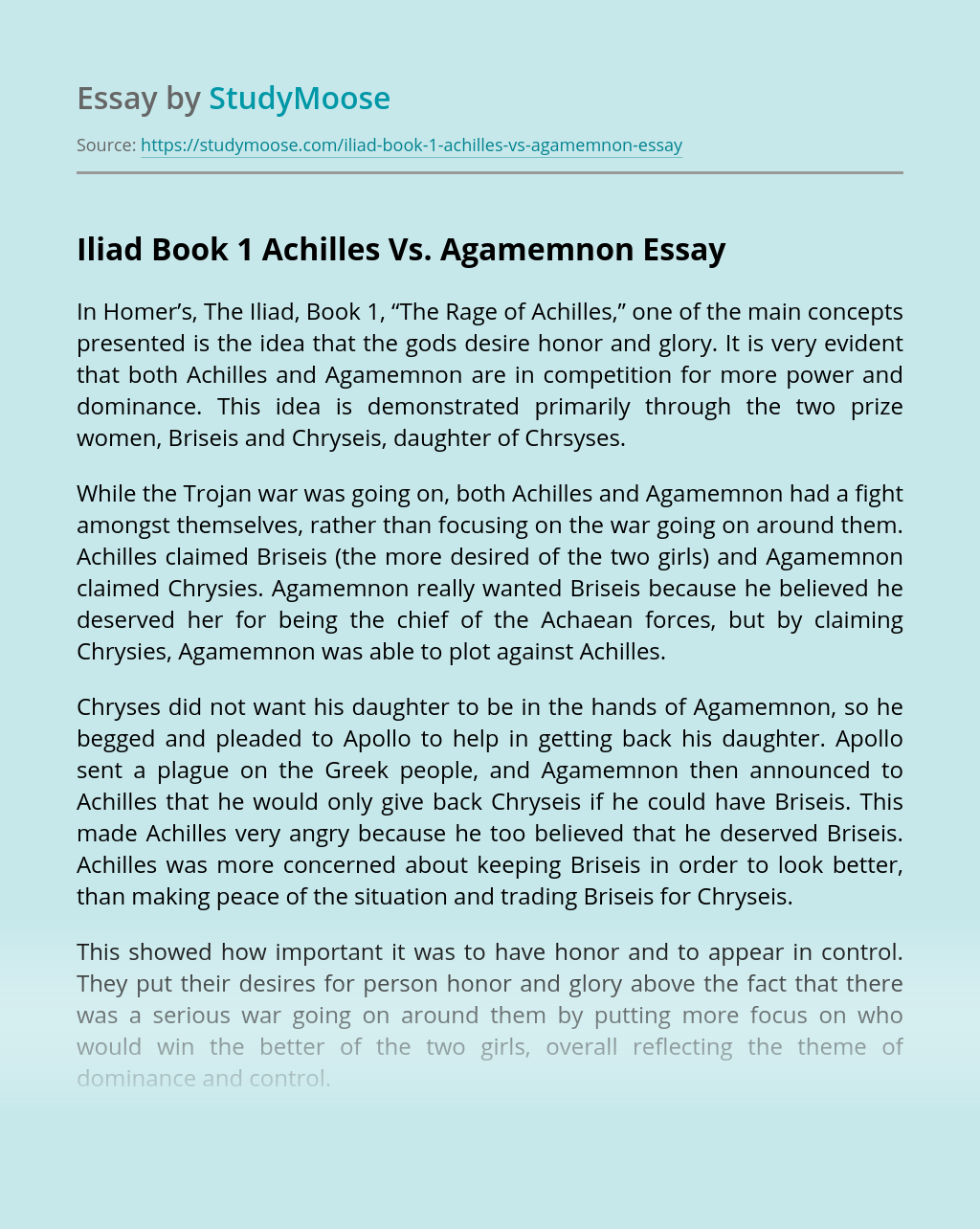