Hydrogen Peroxide in the Presence of Yeast

Don't use plagiarized sources. Get your custom essay on
“ Hydrogen Peroxide in the Presence of Yeast ”
Get custom paper
NEW! smart matching with writer

When yeast and hydrogen peroxide react, the peroxide decomposes into water and oxygen gas causing bubbles to form. These bubbles cause the felt to rise.

In this experiment we measured how long it took for the piece of felt soaked in a yeast solution to sink and rise in the test tube. The amount of time it takes for the felt to sink and rise indicates how oxygen bubbles are formed, as hydrogen peroxide is broken down.

The amount of hydrogen peroxide directly influences the amount of time it takes to break down the yeast resulting in “tiny bubbles”, and the felt to rise to the top of the test tube.

Hydrogen Peroxide in the Presence of Yeast. (2017, Jan 02). Retrieved from http://studymoose.com/hydrogen-peroxide-in-the-presence-of-yeast-essay 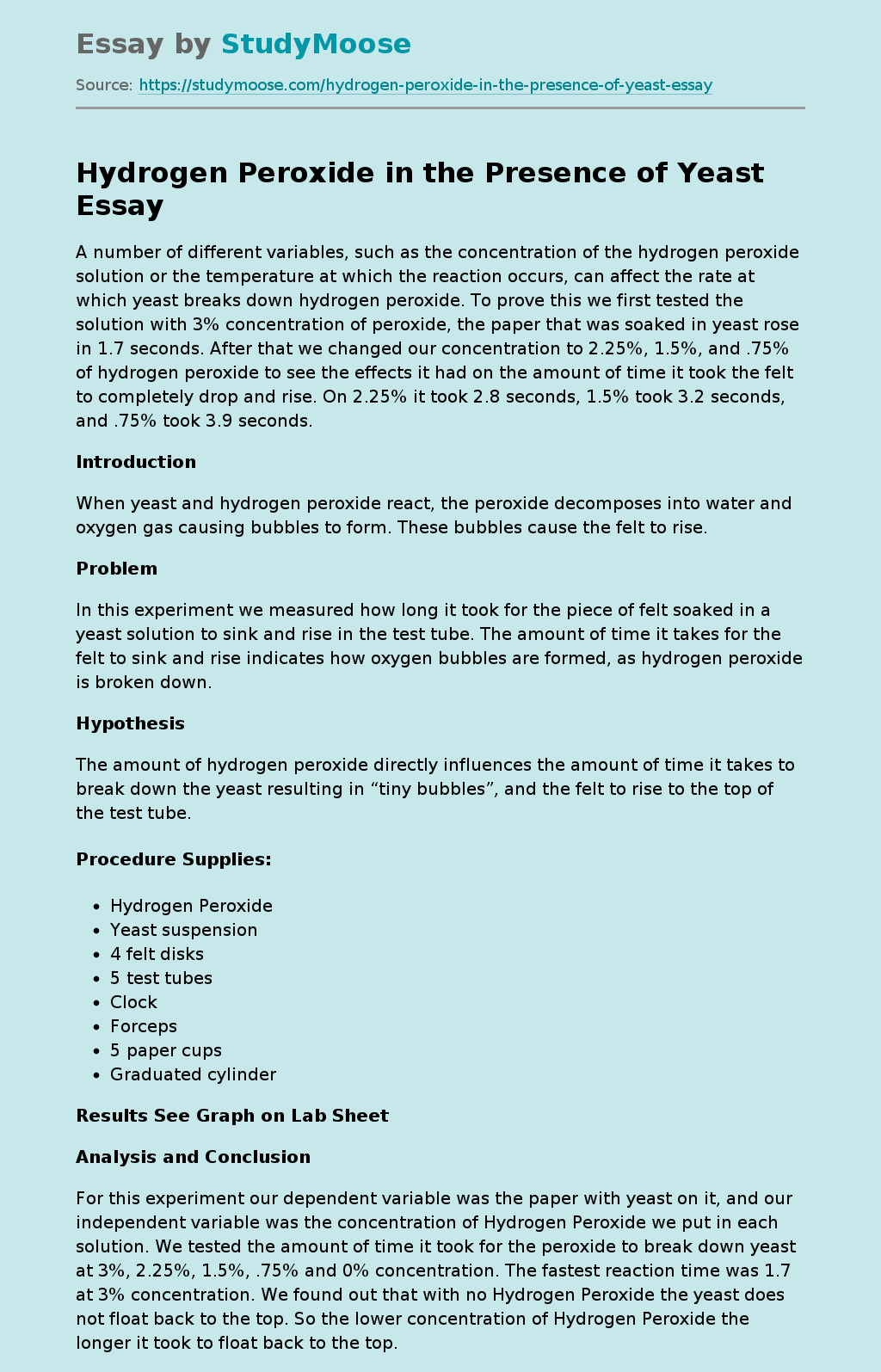