Hurricanes, typhoons, and cyclones are all extremely strong tropical storms. Tropical storms are storms that originate in tropics and have wind speeds 36-73 mph. Once it reaches tropical storm status, the storm is given a name, and tracked by radar. The storm continues to grow and gain energy. Most tropical storms reach hurricane status in the western parts of the oceans. Their earliest origins often lie far to the east called tropical disturbances. Tropical disturbances are clusters of small thunderstorms. They are disorganized groups of thunderstorms having weak pressure gradients and little or no rotation.

Don't use plagiarized sources. Get your custom essay on
“ Hurricanes: Natural Disaster ”
Get custom paper
NEW! smart matching with writer

They form in several different environments. Most that enter the western Atlantic and become hurricanes originate in easterly waves. Easterly waves are large undulations or ripples in the normal trade wind pattern. When tropical disturbances continue to gain energy they become a tropical depression. Tropical depression is a zone of low pressure with wind speeds of less than 34 mph indicated by a closed isobar, these develop into tropical storms.

These are a layer of air that increases in temperature as it increases in altitude. They are quite common in the tropics and subtropics. They are caused by high pressure systems that promotes vertical cloud development. The layer of cool moist air is underneath trade wind inversion.

In relation to their structure all three storms are the same. However, typhoons tend to be larger and stronger. These storms are intense tropical, low pressure systems which have sustained winds 74 mph or more. Hurricanes are classified by: -counter clockwise and inward movement:

Temperatures at center of hurricane are higher than surrounding air. There is littler temperature variation across base of hurricane because of adiabatic cooling. The top of the hurricane is a cirrostratus cloud. The most important factor for the development of hurricanes is an ocean water temperature of at least 81 degrees F. The ocean is usually this temperature during the months of June and November. The hurricane eye is a region of relatively clear skies, slowly descending air, and light winds.

The eye wall is adjacent to the eye. It develops when wind speed reaches 78 mph. The eye wall is anywhere from 5-60 miles wide. The average is about 20 miles wide. The eye wall has cumulonimbus clouds, saturated air, which leads to intense precipitation. The driving force of Hurricane is release of latent heat, wind speeds are the greatest of the right side of the hurricane. Hurricanes loose strength when moving over water less than 81 degrees F and when they move over land. Hurricane season in the Atlantic begins June 1st and ends November 30th.

The lower the pressure the higher the wind. When the storms reach tropical storm status The WMO (World Meteorological Organization) assigns names. The WMO has created several lists of names. The names on each list are alphabetically ordered, beginning with the letter A and ending with the letter W. Six lists have been put together for the Atlantic Ocean. The names on each list are used again at the end of each six year cycle. English, Spanish, and French names are used for the Atlantic hurricanes. If all the names are used in one season, and there are more storms ahead, they will be given the names of the Greek alphabet.

Hurricane Camille formed west of the Cayman Islands on August 14th , 1969. On August 15th , Camille was tracked in western Cuba and was categorized as a 3. Camille traveled north-westward across the Gulf of Mexico and intensified as a category 5 on the 16th. Camille weakened to a tropical depression as it crossed Mississippi into western Tennessee and Kentucky. Camille then turned eastward across West Virginia and Virginia. The cyclone moved into the Atlantic on August 20th and regained tropical storm strength before becoming extratropical on the 22nd.

Camille is the 2nd most intense hurricane on record to hit the United States after a minimum pressure of 29.84 inches was reported in Bay St. Louis. The wind destroyed all the wind recording instruments in the landfall area, so the actual maximum sustained winds will never be known. They are estimated to be 200 mph. Columbia, Mississippi reported 120 mph winds. 24.6 foot storm tide occurred in Pass Christian, Mississippi. The heaviest rain recorded was up to 31 inches over the Virginias. Most of this rain occurred in 3-5 hours which caused flooding. 256 lives were taken from this storm and it produced $1.4 billion in damages.

Hurricane Andrew developed from a tropical wave on August 14th , 1992 on the west coast of Africa. The storm almost dissipated on August 20th due to vertical wind sheer. Andrew reached hurricane status on the 22nd and was a category 5 on the 23rd. When it reached the U.S. in Louisiana on the 26th, it was a category 3. Andrews central pressure at landfall was 27.23 inches in Homestead, Florida. It was recorded as the 3rd most intense hurricane to hit the U.S. The National Hurricane Center in Miami reported 169 mph winds, while one reported 177 mph winds from their private home. Andrew produced a 17 foot storm surge near the landfall point in Florida. Storm tides of at least 8 foot were reported. Southeastern Louisiana experienced a deadly tornado because of Andrew. 26 deaths were reported and $26.5 billion in damages.

Hurricane Katrina developed on August 23, 2005. At the end of August 2005, Hurricane Katrina was labeled as one of the major natural catastrophes in American history. Katrina was the first of three category 5 hurricanes to form in the Gulf of Mexico or the Caribbean. It brought sustainable floods in southern Florida, New Orleans, and a devastating storm surge in coastal Louisiana, Mississippi, and Alabama. 33 tornadoes were reported from Katrina.

Hurricane Rita was the third category 5 hurricane of the 2005 season. Rita devastated portions of Southern Texas and Southwestern Louisiana, and significantly impacted the Florida Keys. Rita’s maximum wind speeds reached 180 mph. Rita intensified from a category 2 to a category 5 in less than 24 hours. Storm surge flooding up to 5 ft occurred in the Keys. Rita produced up to 15 inches of rain in some areas and spawned 90 tornados. Rita caused 7 deaths and $10 billion in damages. Rita lasted from September 18-25.

Hurricane Wilma began on October 17 2005. Wilma went from a category 1 hurricane to a category 5 in less than 24 hours. Wilma’s eye was 2-4 miles wide. Wind speeds reached 130 mph and an astonishing 62 inches of rain were recorded. Ten tornadoes occurred in Florida due to Wilma. Twenty-two deaths have been directly attributed to Wilma: 12 in Haiti, 1 in Jamaica, 4 in Mexico, and 5 in Florida. The hurricane caused severe damage in northeastern Yucatan, including Cancun and Cozumel, and widespread damage estimated at $16.8 billion in southern Florida. Wilma also produced major floods in western Cuba. 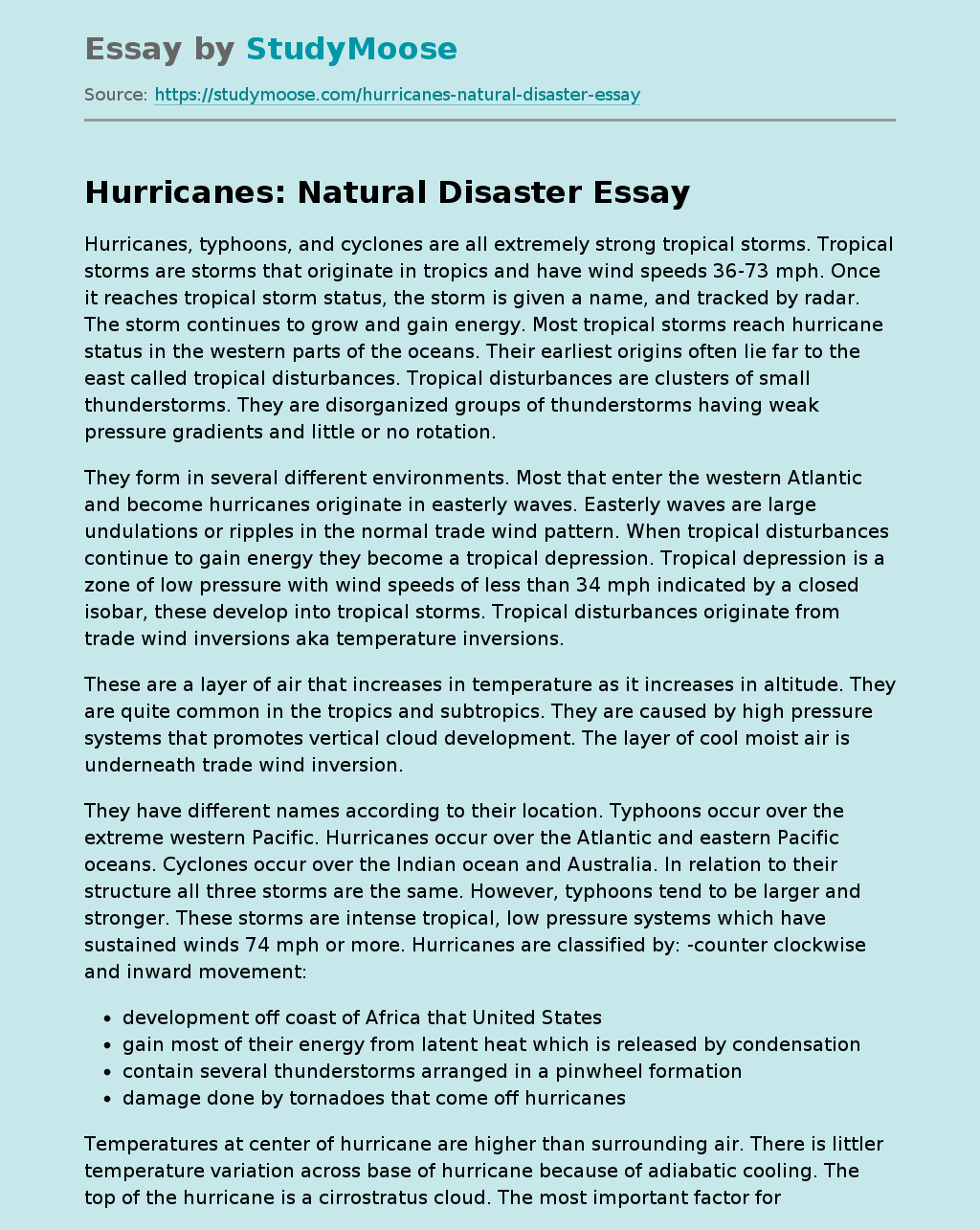