After watching ‘V for Vendetta’, you can find influences of the philosophies of Thomas Hobbes, John Locke, and Jean Jacues Rousseau. However in my opinion, I find that the philosophies of John Locke are most prominent. The basis of the movie is the oppression of the government on its people. Many attributes of the film show that the government depicted, has many similarities to the late dictatorship of Adolph Hitler. John Locke philosophies include; that a state of war is created when rights are infringed upon1.

Don't use plagiarized sources. Get your custom essay on
“ Human rights Issues in V for Vendetta Movie ”
Get custom paper
NEW! smart matching with writer

In the movie V for Vendetta, it is apparent that basic rights are being oppressed by this government, for example, homosexuals, immigrants, and poitical opponents are sent to concentration camps, similar to those seen in WWII. Locke said that, reason enables man to defend his rights as well as those of his fellow man.

It can been seen in the movie that many members on the society is oblivious or ignorant to the rights that are being oppressed, except for V who becomes the voice of reason since he understands the events that are happening.

V is aware of the truth of this corrupt government and devotes himself to bring awareness and reason to the rest of society. With the help of his companion, Evy, he successfully completes various terrorist attacks on the government and successfully brings attention to the people in this society of the corruption. The enlightenment creates a rebellion against the oppressive government. Locke stated that, rights override the function of the government. 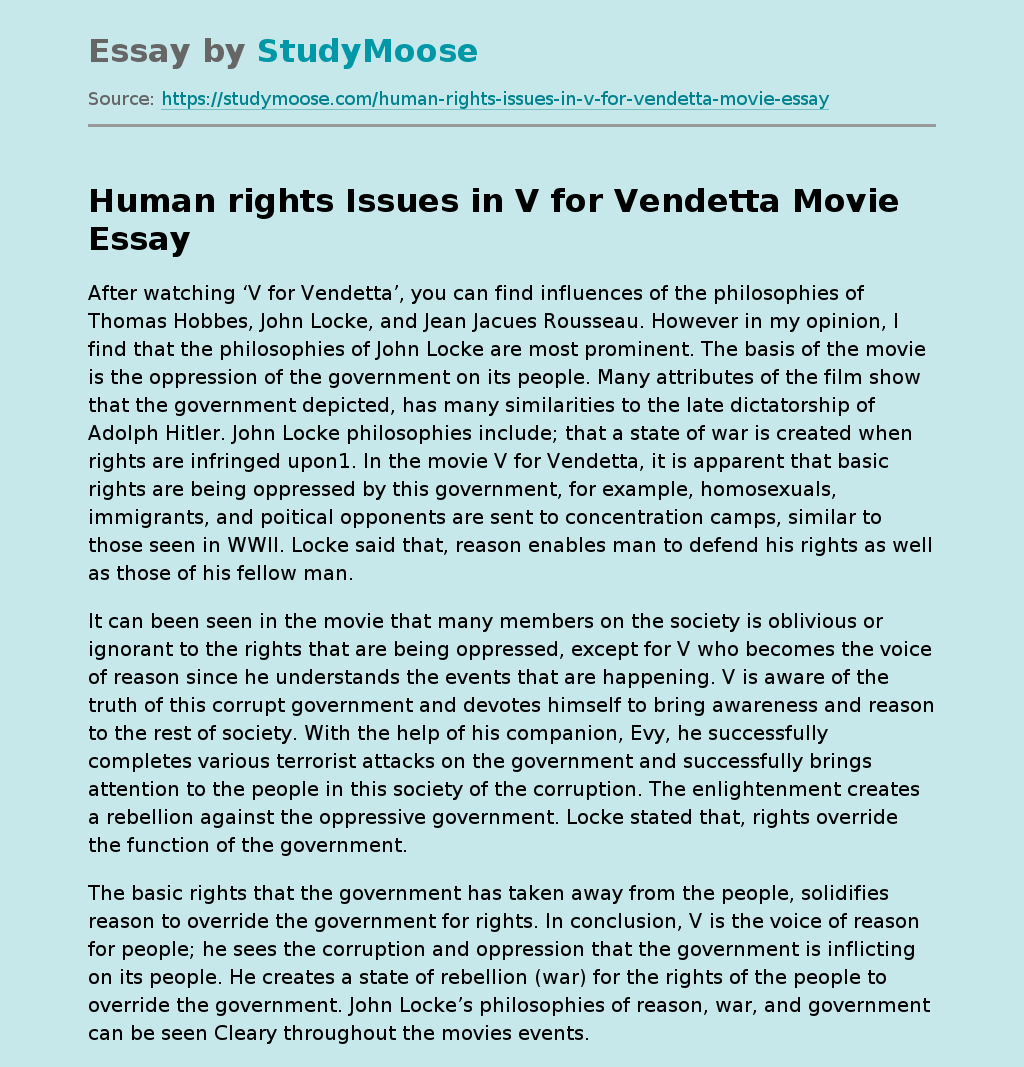