Summary: Stephen Lewis is attempting to get Canadians to support a grassroot aids project in hopes of raising money in numerous ways. These ways are referred to as dares and Canadian citizens are encouraged to participate in various dares to raise money. Since Canada was in an economic recession at this time they were not able to participate in donating money to Africa, Throughout this project, Stephen Lewis raised $12,000,000 between 50,000 people. This had a large implication on the economy since Canada was in a recession and were not able to help.

Don't use plagiarized sources.
Get Your Custom Essay on Human rights in South Africa Just from $13,9/Page

This article is about South Africans being discriminated against their human rights South Africans are now required to test for HIV aids because they have one of the largest infected populations in the world. “Up to six million people in South Africa – around 17 per cent of the population – are believed to be HIV positive or suffering from Aids”. The provincial government’s proposal to introduce mandatory testing follows concerns many people are unaware of the fact they are infected.

South Africa is the largest AID infected country in the world. Leaders in South Africa admit to mismanaging the AIDS crisis there. They denied that HIV was the cause of AIDS and prescribed the wrong medication to people with this sickness. This ultimately had a health effect on the people of South Africa. It has an impact on unborn babies. According to researchers, 37,000 babies will be infected with Hiv Aids in the next 6 years. 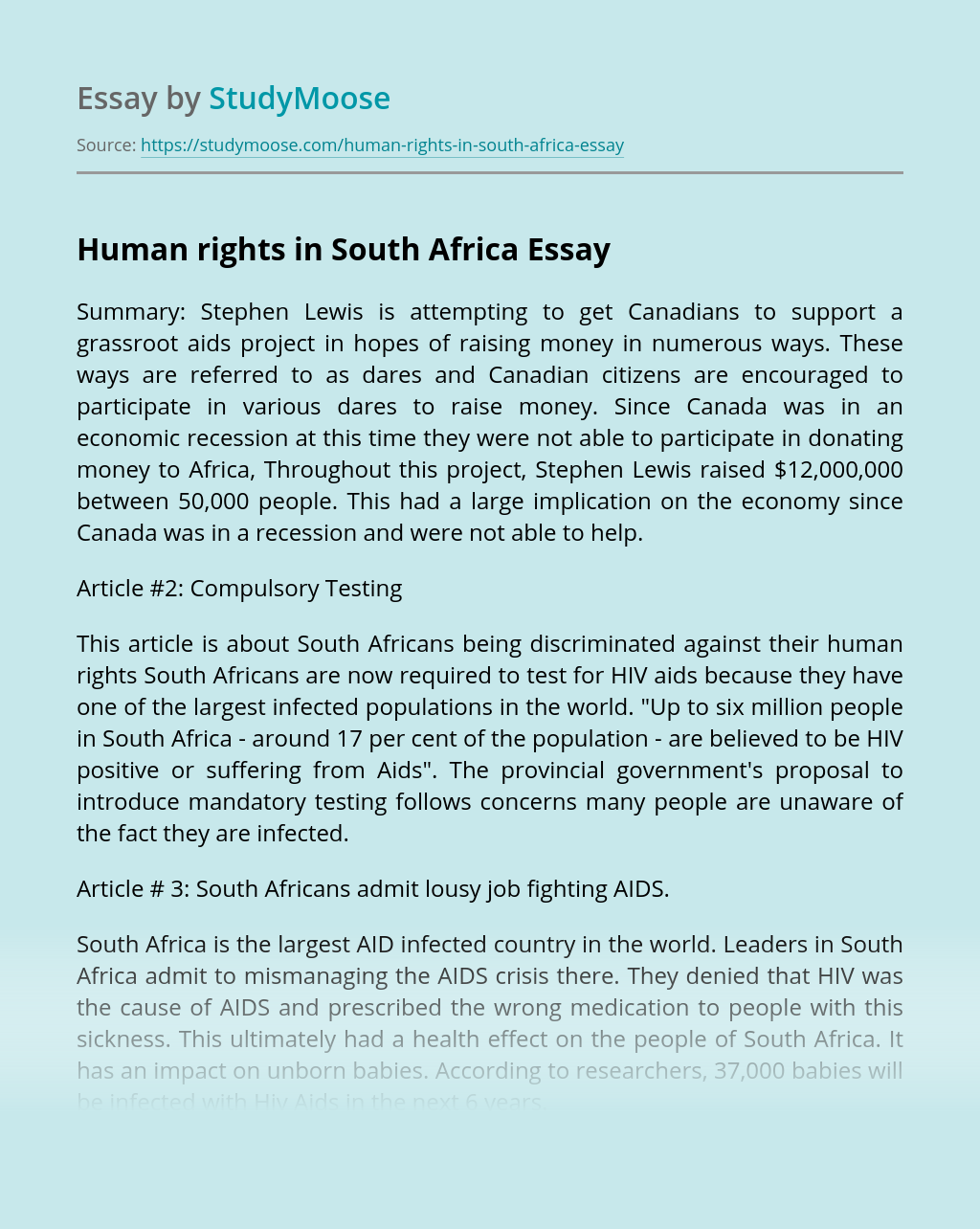