Seriousness of the effects of climate change is further manifested by increase in malnutrition and consequence disorders, including disorders related to child growth and development, increase in death, diseases, and body injury from heat waves, storms, fires and drought.

Don't use plagiarized sources. Get your custom essay on
“ Human Health ”
Get custom paper
NEW! smart matching with writer

As climate change, some infectious disease vector has change too; this has made them more resistant to traditional drugs.

The change has also lend to mixed effects on malaria, in some places, the geographical range has contracted while in other places the range has expand and still in others the transmission season has changed.

Transmission of water borne diseases like typhoid and cholera increases. The research has also proved an increase in cardio respiratory morbidity and mortality associated with ground level ozone.

Malaria, a disease whose geographical rage is affected by climate causes an estimated one million deaths annually especially in young children. Mal-nutrition and drought leading to adverse negative effects on human health, is greatly attributed to climate change. In the report, it is estimated that an increase in frequency or intensity of heat waves will increase the risk of mortality and morbidity, especially in old age group and the urban poor.

An increase in climate extremes, for instance storm, floods and drought would cause more deaths injuries, population displacement and adverse effects on food production, fresh water availability and an increase in the risk of infectious disease particularly in low income countries. Considering the current trends of emissions to continue, more harm will be done to the environment; air quality will worsen, ozone and other particulate pollutants will increase, increasing mortality and morbidity amongst human beings.

From the report, a clear relationship between climate and human health is described, but in it is common knowledge that disease have been here as long as man has existed. It is therefore important to consider and see climate change as a catalyst and not necessary the cause of ill health in human beings. Despite this, more understanding of the extent, rate, limiting forces and major drivers of adaptation of human population to a changing climate is needed. This will reduce the impacts of climate change on human health. 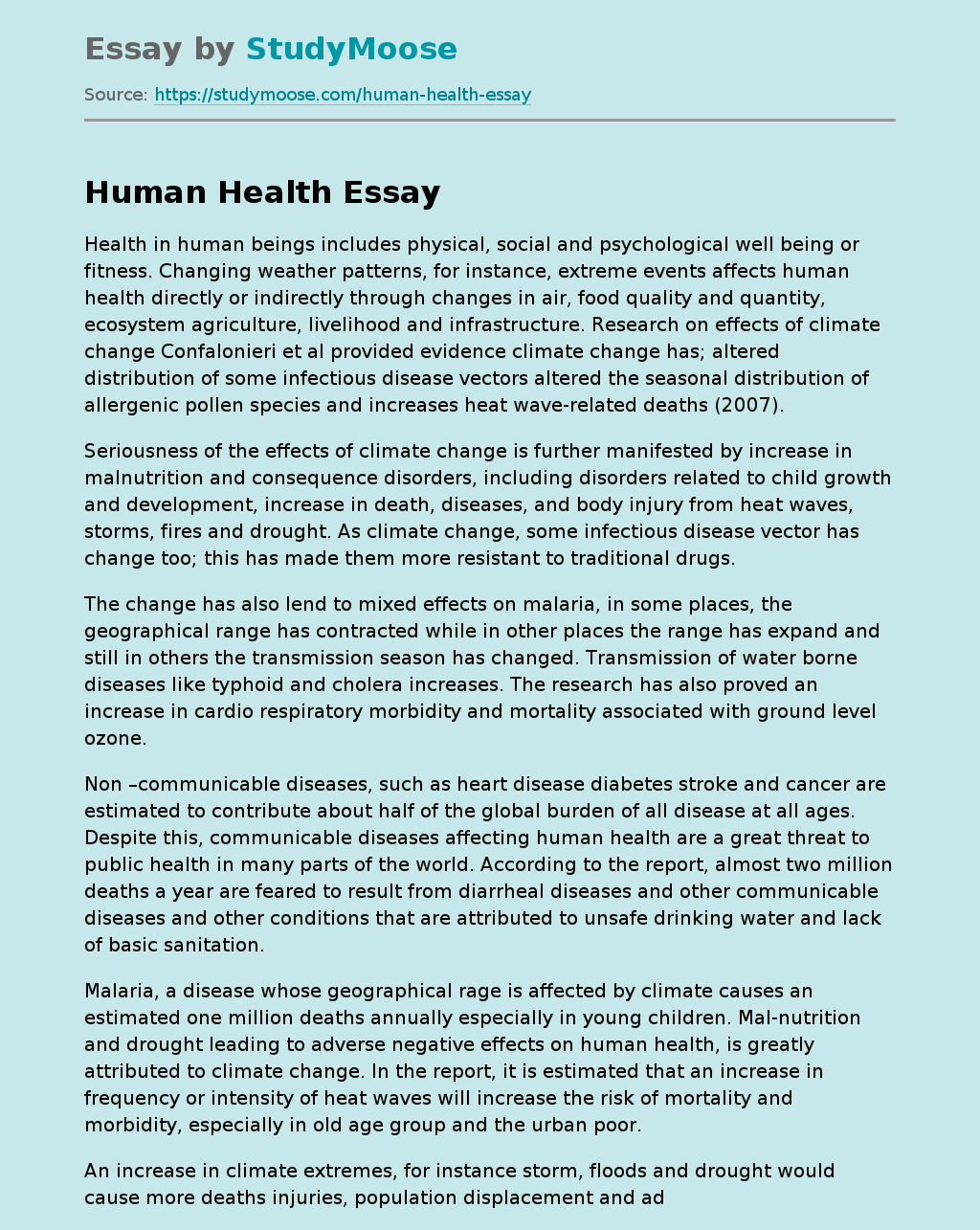