Firstly there is a great variety of camera techniques. There is panning to the left when it shows the witch of the waste bring her minions into a little pot.

There is an extreme long shot at the beginning of the movie of the birds (or planes?). There is a close up of Howl’s face when Sophie finds him in his room when he is full bird form.

The last example is when Sophie and Howl go to the new portal to the flower fields it is a long shot to show the good and beautiful view.

Secondly there is a great variety of audio techniques. There is hissing and creaking sound effects when the moving castle walks by in the beginning of the movie which is a digetic sound effect. The pleonastic music at the beginning when the clouds cover the castle it is normal music but when it appears it is mysterious. When the train in the town goes by the natural sound of a train horn comes.

Thirdly the characters set the themes perfectly. Howl sets the theme of Appearance when he says “I see no point of living if I can’t be beautiful”.

Sophie sets the theme of Love when she is in a dream and tells Howl (who is in bird form) “I Love you”. Howl also shows the theme of bravery when he says “I’ve had enough of running away”. 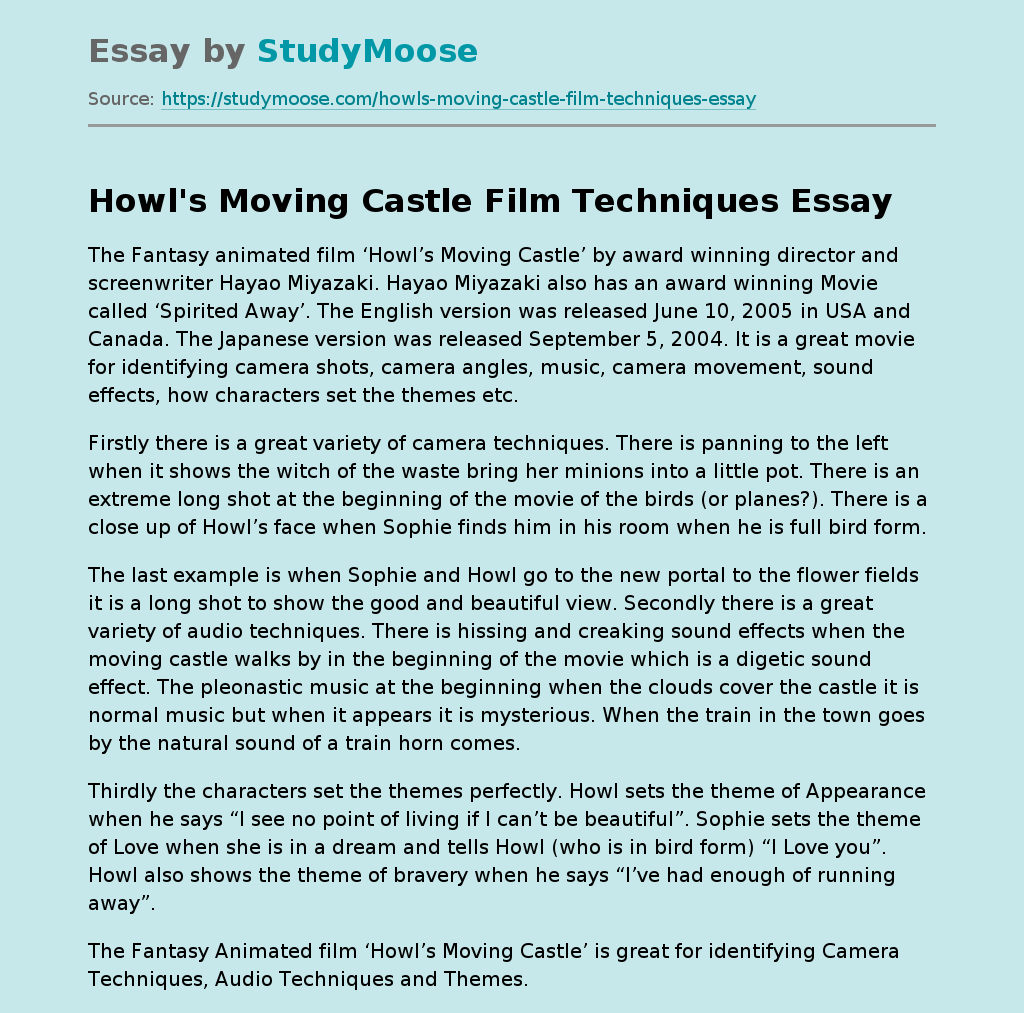