Don't use plagiarized sources. Get your custom essay on
“ How Revolutionary Was the American Revolution? ”
Get custom paper
NEW! smart matching with writer

The letter John Adams received from his wife in 1776 stated the fact of how women were treated differently and not as equal compared to men. Adams wife also explained that women deserve more freedom than they have and how women are going to start fighting for their rights if they didn’t receive them soon. Amendment 19 now reads, “The right of citizens of the United States to vote shall not be denied or abridged by the United States or by any state on account of sex.

The drawing La destruction de la Statue Royale a Nouvelle Yorck represents the Sons of Liberty tearing down a statue of King George. The Thirteen Colonies had had enough and wanted to prove that they weren’t scared of England and that they have equal rights as well, that they shouldn’t be treated any differently.

The drawing by Benjamin Henry Latrobe, Billiards in Hanover-Town (Virginia), represents another form of equality. The rich are once again separated from the poor and engaged in a game for people of higher class, excluding lower class.

Many people of higher class looked down on people of lower class and didn’t consider them equal.

In the beginning of the war, most people were wealthy or well-to-do with money. The percentage was higher for wealthier people and lower for poor people who got treated differently and with less respect. After the war ended and the Thirteen Colonies defeated England, most people were moderate with money and equality had spread out. No longer was the rich considered better or more important than the lower class.

I believe that the American Revolution was revolutionary. The word revolutionary means to evolve or to change. The Thirteen Colonies winning the war caused a huge impact. They spread equality throughout and had many amendments made. The Constitution was written fairly and to make sure that equality spread through every class, gender, and race of people. Women got the right to vote, slavery had ended, and no longer was the lower class looked at as inferior.

How Revolutionary Was the American Revolution?. (2016, Mar 24). Retrieved from https://studymoose.com/how-revolutionary-was-the-american-revolution-essay 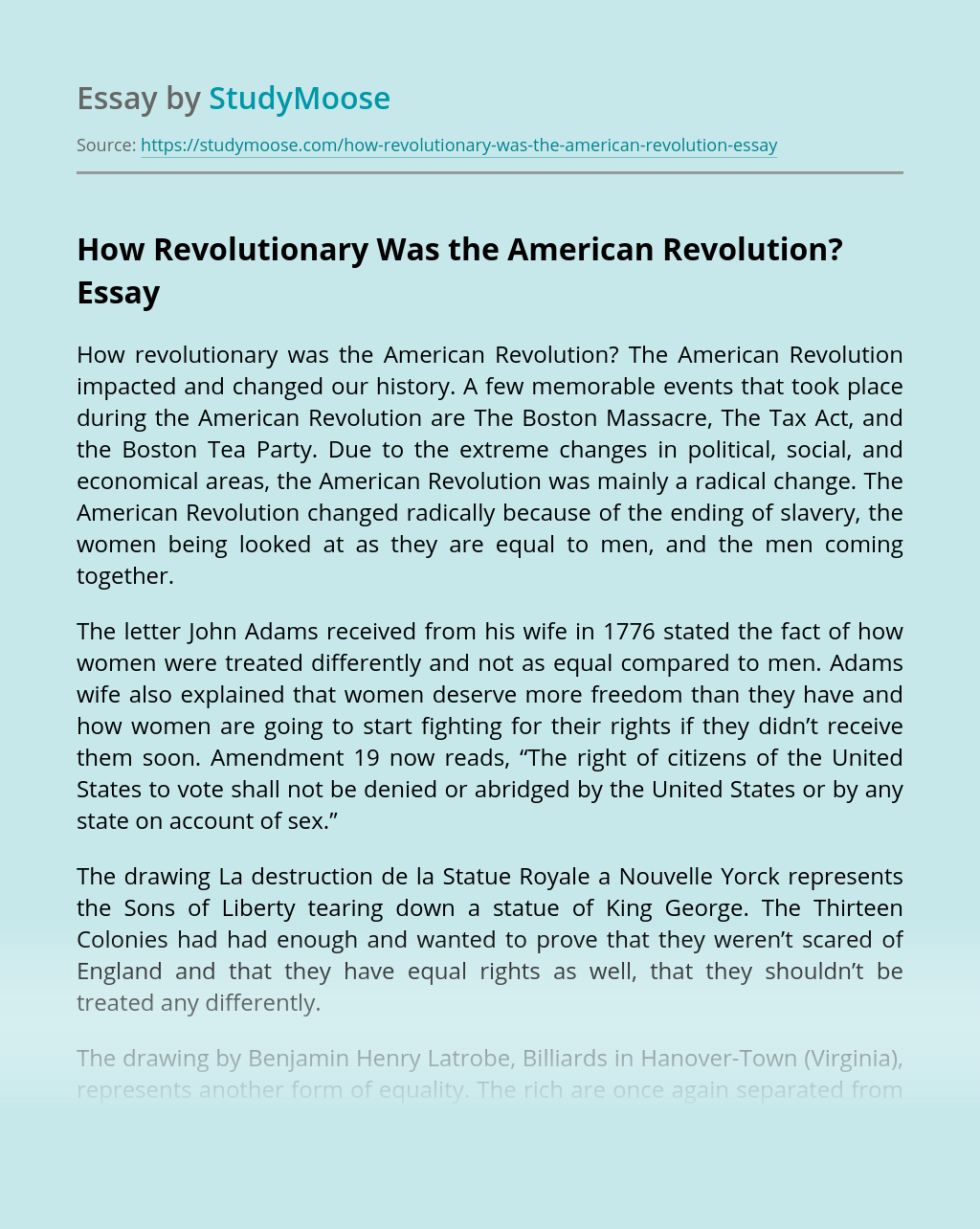