How Much Time Do We Spend on Technology

Don't use plagiarized sources. Get your custom essay on
“ How Much Time Do We Spend on Technology ”
Get custom paper
NEW! smart matching with writer

Each year adults spend more and more time on their technology. In 2012, an adult spends roughly 4.3 hours on technology.

When we go to school we use iPads instead of paper. The problem with that is that we are using our iPads for every class and that is at least 8 hours a day on our iPads and that is just at school. Kids go home and they text their friends or they play xbox or fortnight and are spending more time on electronics.

Don’t get me wrong, I know that it’s not only kids that are using too much screen time, it is adults too! When you look around you see that a lot of people are on their phones or iPads. When you go to a restaurant you see that a people are on their phones instead of talking to each other. The average age a kid gets their first phone is 10 years old.

There are a few people that say that they don’t use that much technology.

Other people think that it is good to spend that much time on technology. Kids don’t realize how much time they are actually spending on their iPads. It isn’t their fault that they have to use iPads to get their homework for school done. They just spent another hour on their iPads doing homework.

Researches from Brown University have found that children who spent more time watching tv, playing video games, or just using a smartphone we’re less likely to finish their homework, and showed less interest in learning overall. We are spending more and more time on technology over the years according to Rob Marvin. That is including laptops, iPhones, and other unconnected devices. If we spend spend less time on devices then it will help you get your homework done or anything you are trying to accomplish. If people would use their phones less than you would see more talking with each other and it would be a better world.

How Much Time Do We Spend on Technology. (2021, Dec 13). Retrieved from http://studymoose.com/how-much-time-do-we-spend-on-technology-essay 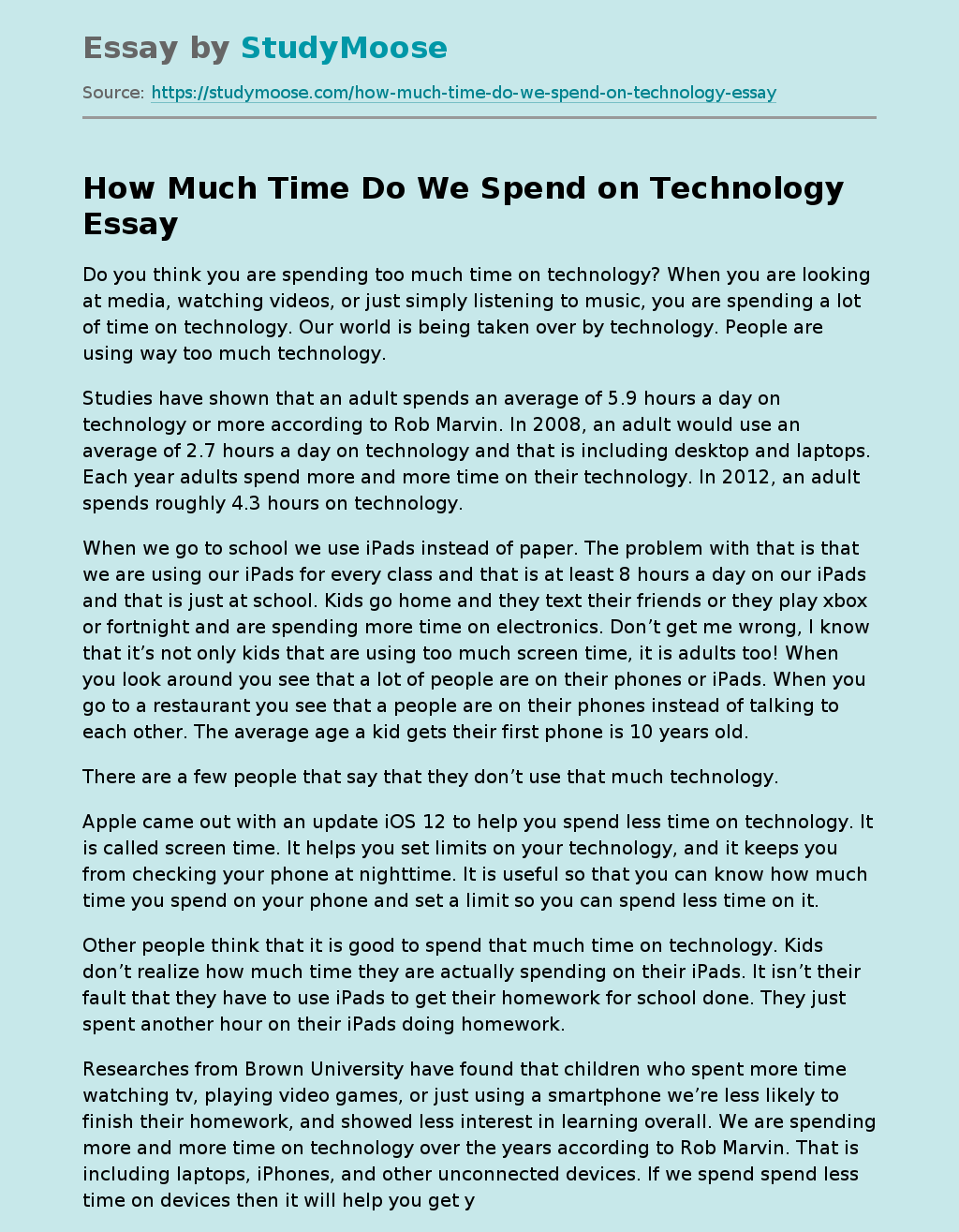