How Did America Win the Revolutionary War?

The American Revolution: The Upset of the Eighteenth Century

“How did it happen that thirteen colonies on the fringe of civilization, as it were with perhaps half a million males of fighting age, without military resources without leaders, without even a national government, a national army, a national treasure, brought the mightiest of European powers to its knees, and wrung from it concessions beyond the greed of conquerors?”

This summary explains the attitude of most English and, indeed, many colonists of the 1770s.

Don't use plagiarized sources. Get your custom essay on
“ How Did America Win the Revolutionary War? ”
Get custom paper
NEW! smart matching with writer

Still, The American rebels won the war. Listed below are six factors often cited to explain the American victory. Use your textbook (pgs. 66-70) and notes to cite at least one bit of evidence to support each of these indications of hope for the colonists. Be sure to EXPLAIN each answer!!! (12 points)

1. British governmental and personal concerns with things other than the war effort

2. A belief that the colonial cause of freedom and independence could carry them to victory

3. British mistakes in the war

5. Natural and geographic advantages of the Americans

6. The French goal of revenge against Britain

How Did America Win the Revolutionary War?. (2016, Mar 26). Retrieved from http://studymoose.com/how-did-america-win-the-revolutionary-war-essay 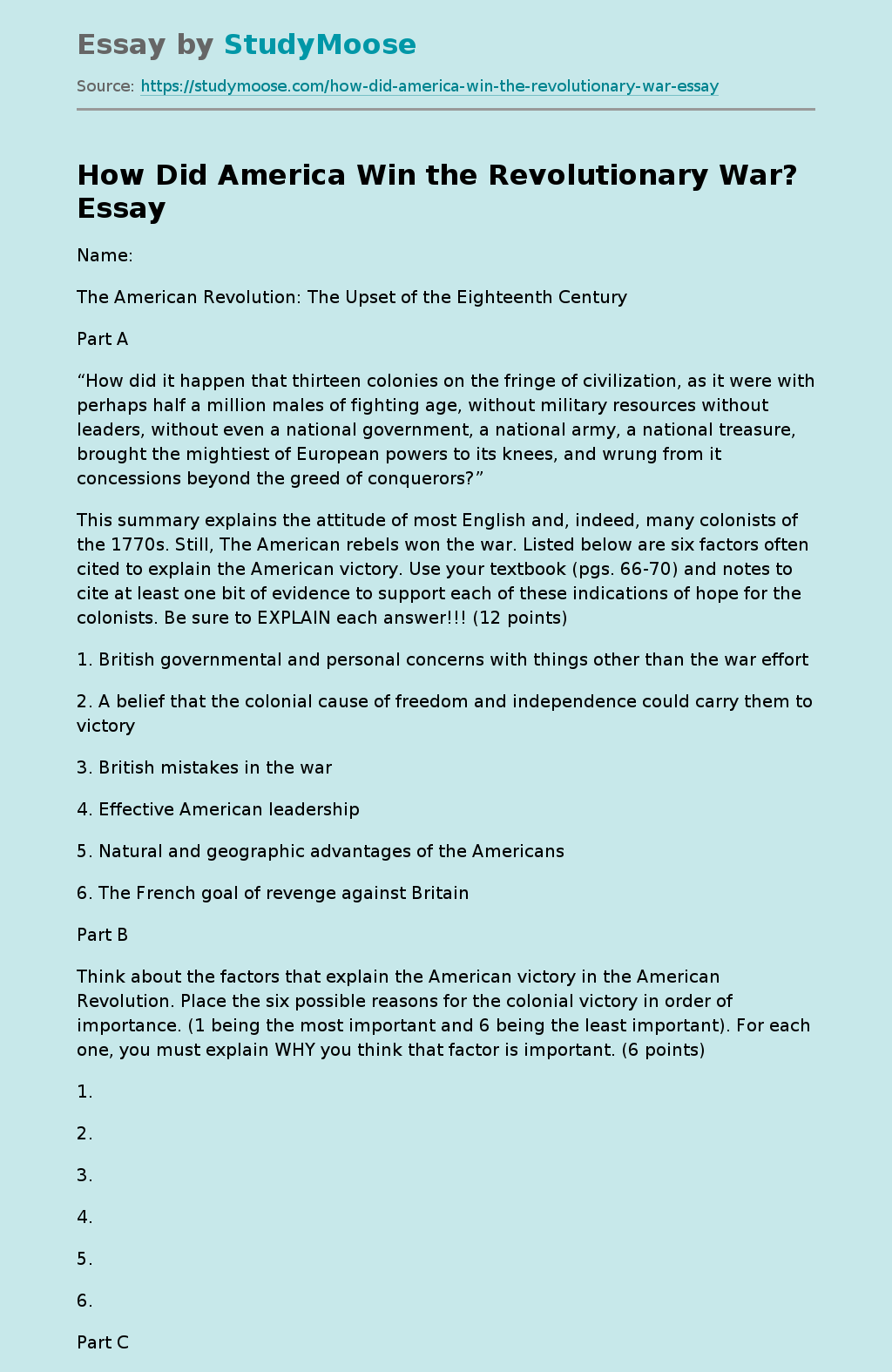