What kind of government did the Constitution of 1791 provide? In what ways was the first government after the revolution a weak one?

– The Constitution of 1791 was created by the National Assembly during the French Revolution as a way to define the authority, structure and powers of the new government and prevent or limit the abuses and injustices of the old regime. It retained the monarchy, but the government was split into three branches: the legislative, executive and judicial branches. The new constitution they created transformed France into a constitutional monarchy, in which the king had only limited powers.

Don't use plagiarized sources. Get your custom essay on
“ History questions and answers ”
Get custom paper
NEW! smart matching with writer

Louis lost all his control of the army, or any authority over local governments; instead, he continuously had to get the approval of the legislative assembly. Tax-paying, male voters, on the other hand, gained influence as they could now elect members of the legislative assembly, the group that had the power to declare war and raise taxes. (Sue Miller/World History, pg. 322) Louis XVI reluctantly agreed to this restricted authority, as it was the only way of maintaining any power at all.

The system went into effect in October but barely lasted a year; the unversed government was still fighting to solidify itself, for it had yet to achieve a balance of power. Their executive branch was too weak and the legislature was too powerful and inexperienced. In addition, only a small minority of the population was represented and could elect people. Essentially, wealthy men still retained the most political power, despite all the reforms that were made to change that.

What did the supporters of the Reign of Terror hope to accomplish? Why did they fail ultimately?

– Out of all the stages of the French Revolution, the Reign of terror was by far the most violent period as between 1793 and 1794 thousands upon thousands of people were killed for counter-revolutionary activity in an attempt to smite out any remaining royalists. Through this mass murder, the leaders of the French Republic hoped to eliminate all their enemies and former allies of the crown. The revolutionaries wanted liberty, equality and fraternity; anyone who spoke out against these beliefs were killed. This included nobles, bourgeoisie, peasants and even members of government. (Sue Miller/World History, pg. 327) However, by Spring of 1794, the French army had gained the advantage in the war, making executions not as necessary. Because of this, Georges Danton, the first president of the Committee of Public Safety and a supporter of the revolution, thought that the reign of terror should become more relaxed. In contrast, Robespierre became even more fanatical and sentenced Danton and his followers to death. Even his colleagues started to fear for their safety. (Sue Miller/World History, pg. 327) Robespierre thought that only he could protect the revolution from its enemies, yet, in doing so he killed many innocent people. After threatening the National Convention, he was arrested and executed by guillotine on July 28, 1794. After this, the Jacobins lost much of their power and almost all killings came to a sudden halt. 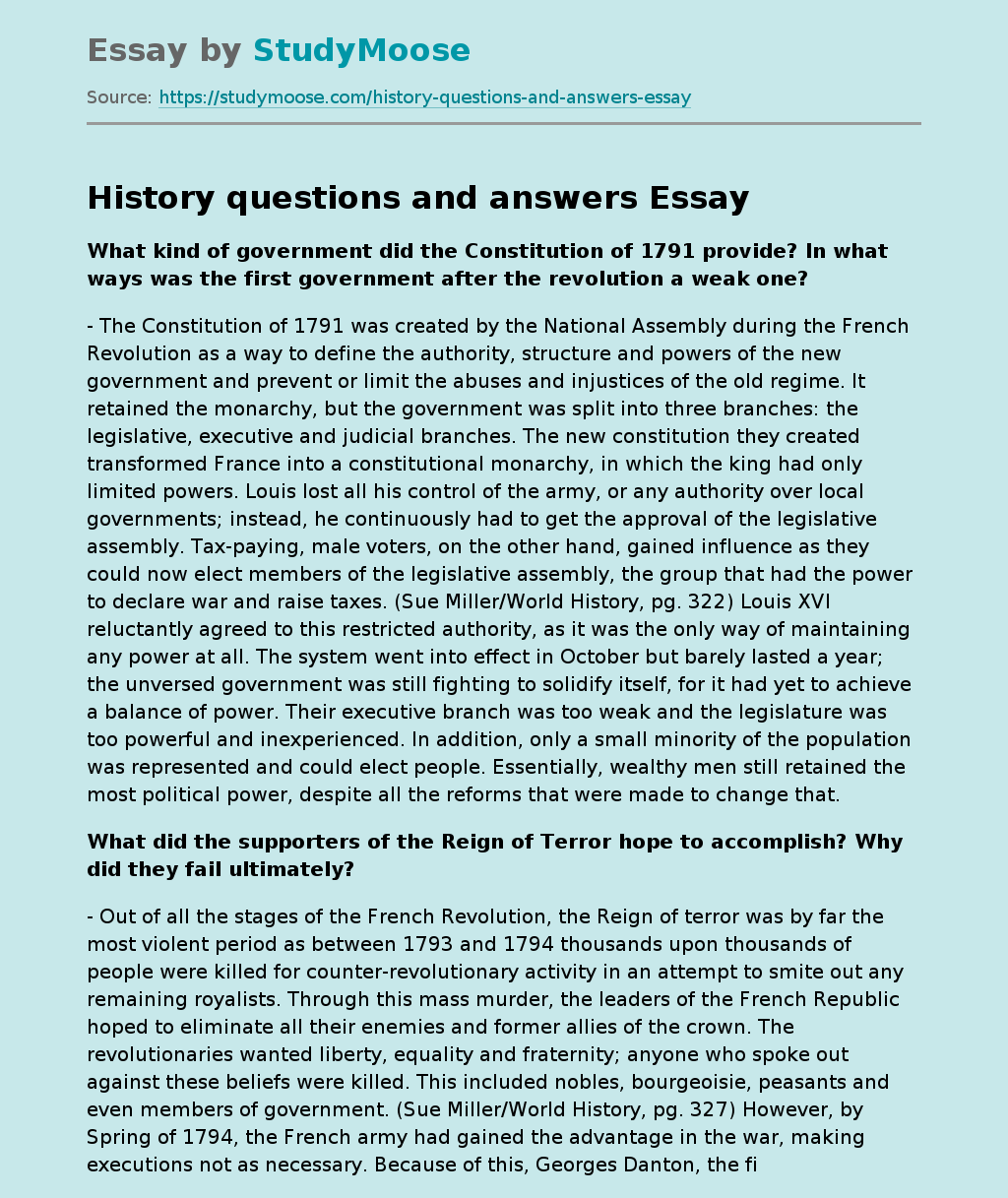