Franklin Roosevelt modeled his own vision of international relations on the guiding principles of
Woodrow Wilson.
During the 1930s, the tide of fascism, militarism, and violent nationalism that most concerned the United States rose in
Italy, Japan, and Germany
A reluctant isolationist, President Roosevelt believed during the 1930s that
free trade was necessary for America’s domestic prosperity
The goal of Franklin Roosevelt’s good neighbor policy was to
form a less belligerent, more cooperative relationship with Latin America.
What factors made it possible for Latin American dictators such as Anastasio Somoza and Fulgencio Batista to gain and maintain power?
Somoza and Batista had private support from U.
Don't use plagiarized sources. Get your custom essay on
“ HIST 2020 Chapter 25 ”
Get custom paper
NEW! smart matching with writer

S. businessmen and tacit support from the Roosevelt administration.

What was the conclusion of the Nye committee’s 1933 report on World War I?
The greed of American munitions makers, bankers, and financiers was responsible for the nation’s entry into World War I
The objective of the Neutrality Act of 1937 was to
prevent increasing American involvement in European affairs
The Abraham Lincoln Brigade of 1936 was
a group of Americans who enlisted to fight with the Spanish Republicans against the Nationalist rebels in Spain.
Get quality help now
Sweet V

+84 relevant experts are online
Hire writer
Which of the following occurred as a result of the Nazi-Soviet treaty of nonaggression in August 1939?
Hitler’s invasion of Poland
What event sparked the beginning of World War II?
Germany’s invasion of Poland in 1939
The Maginot Line of World War II was
a concrete fortification that separated much of France from Germany
What was the significance of the Battle of Britain in 1940?
The British victory handed Hitler his first major defeat
The purpose of the Lend-Lease Act of 1941 was to
make arms, munitions, and other supplies available to Britain
President Roosevelt justified the proposed Lend-Lease Act in January 1941
by citing the need to defend freedom of speech, freedom to worship, freedom from want, freedom from fear, and other ideals.
Get to Know The Price Estimate For Your Paper
Topic
Number of pages
Email Invalid email

In the Atlantic Charter in August of 1941, the United States and England agreed t
protect the freedom of the seas, free trade, and the right of national self-determination
In the Tripartite Pact of 1940, Germany, Italy, and Japan agreed to
Form a defensive alliance among imperial powers.
The attack on Pearl Harbor on December 7, 1941, was part of the Japanese plan to
knock out a significant portion of American naval bases in the Pacific
What was the immediate consequence of the Japanese attacked Pearl Harbor on December 7, 1941?
Congress endorsed President Roosevelt’s call for a declaration of war
President Roosevelt authorized the roundup and internment of all Americans of Japanese descent in 1942 because
a large number of people believed that Japanese Americans were potential sources of espionage and subversion
About how many soldiers and sailors served in the U.S. armed forces by the end of World War II?
16 million
How many American women saw combat duty during World War II?
Which of the following statements describes the relationship between American ethnic minorities and the armed forces during World War II
They fought in large numbers in the armed forces despite discriminatory treatment.
Which group was forced to train in segregated camps, live in segregated barracks, and serve in segregated units during World War II?
African Americans
Who headed the War Production Board, which set production priorities and pushed for maximum output during World War II?
Business leaders who were paid almost nothing for their efforts
How did American labor unions respond to the production demands of World War II?
Labor unions granted the government’s request that they pledge not to strike
Japanese admiral Isoroku Yamamoto’s fundamental military strategy after the attack on Pearl Harbor was to
quickly conquer and secure Japan’s targets, before the United States could mobilize its manpower and resources
During the Bataan Death March of 1942,
Japanese soldiers forced U.S. and Filipino soldiers to march sixty-five miles to a concentration camp.
The naval battles in the Coral Sea and at Midway Island signaled to the American military that
Japanese domination of the Pacific was weakening
What technological development ultimately led Hitler to withdraw the infamous U-boats from the North Atlantic?
radar detector
At their meeting in Casablanca in January 1943, Allied leaders Roosevelt and Churchill
announced that they would accept nothing less than the unconditional surrender of Germany and Italy. 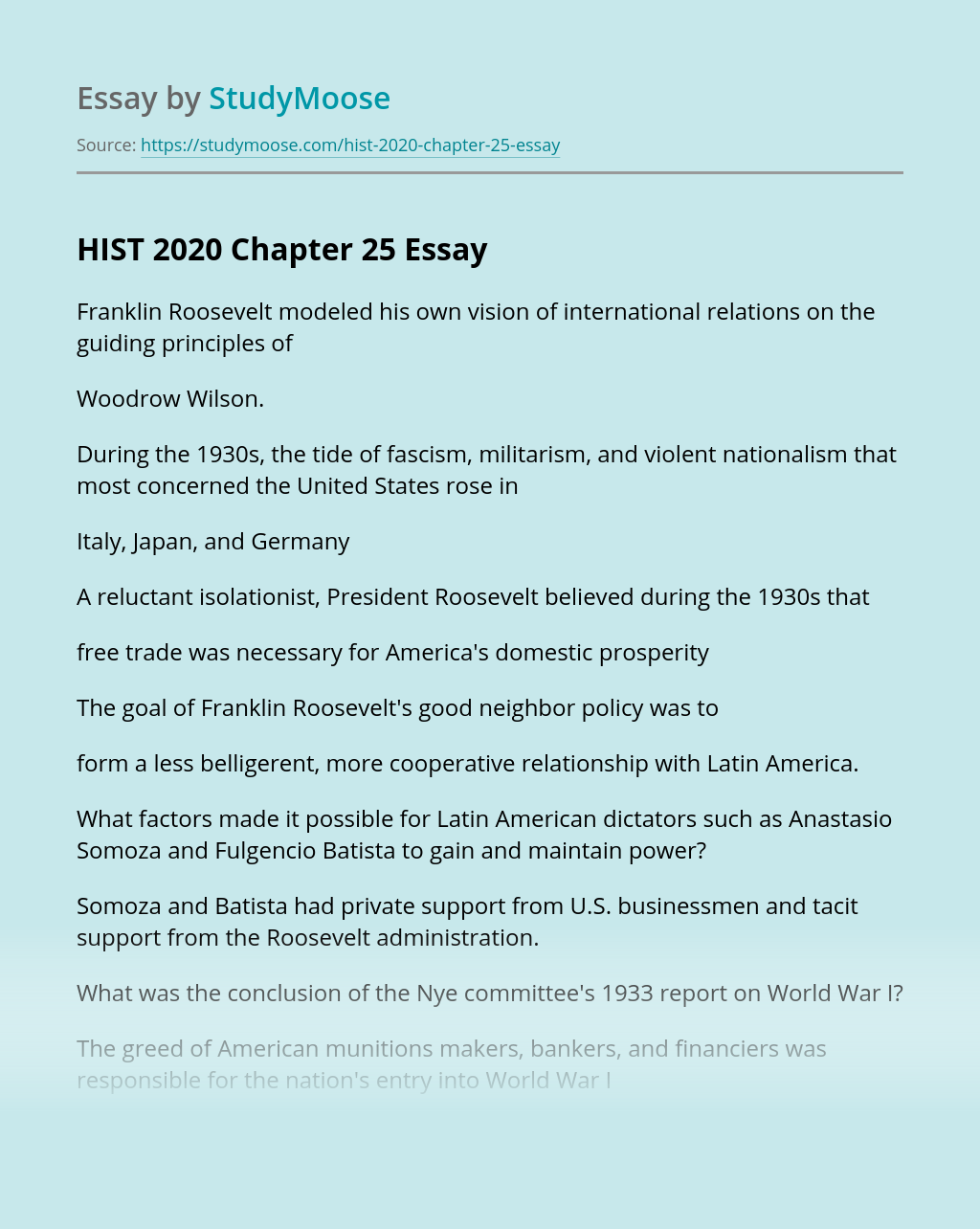