Prediction: As the mass on the helicopter’s copters increases, the speed taken for the rotors to spin down faster, this is because there will be more downward pull from gravity, as the terminal velocity for a paper helicopter is low.

Don't use plagiarized sources. Get your custom essay on
“ Helicopter Experiment ”
Get custom paper
NEW! smart matching with writer

Method: Create a helicopters rotors using take and paper use the diagram to help you

There are two major flaws in this experiment, the first being the height from which the helicopter is dropped, as it is held away from the mark of 2m therefore it would have inaccuracies of around 10cm this causes the experiment results to vary. Another flaw being the human reaction time, which is pretty slow and inconsistent, this therefore allows us to stop the stopwatches at the wrong time making the experiment inaccurate.

If more time was available, a string could have been hung from the ceiling as a mark of height therefore allowing us to accurately drop the helicopter from the same height, rather than dropping it from an *estimated* 2m. The solution for the wrong human reaction time could be easily solved by the use of light gates. The liht gates could be placed on the floor, and when the helicopter lands, the light will be disrupted therefore allowing the sensor to accurately measure the time taken for the helicopter to reach the ground.

The graph is showing us that the speed and mass of a helicopter are directly proportional as when mass increases so does speed. However the graph had not been a perfect straight line, this could have been caused by the two inaccuracies pointed out from the experiment 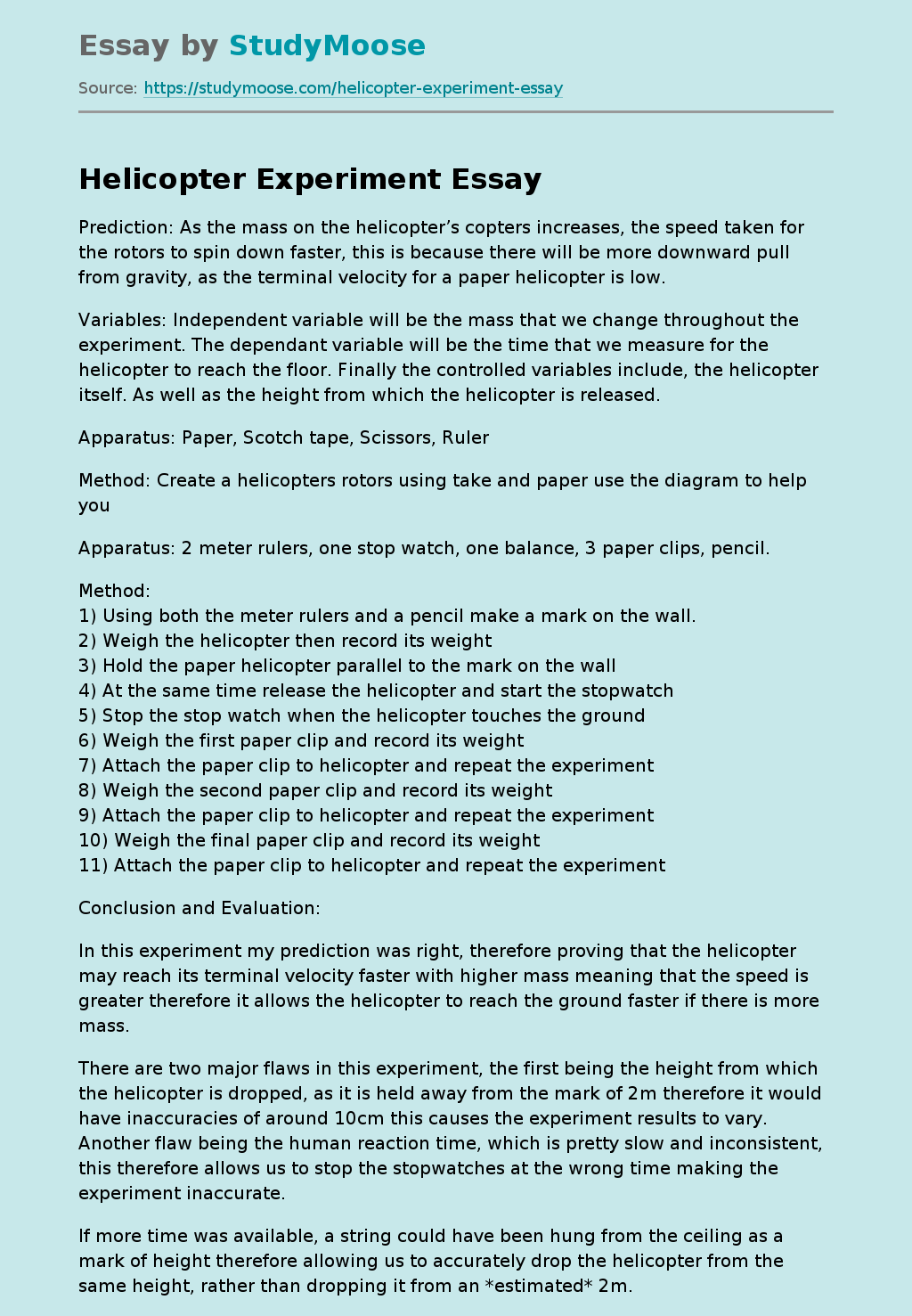