Harry Potter is an average 11-year-old boy who has lived with the Dursley family ever since his parents died in a car crash. For some reason the family has always mistreated him. On his 11th birthday a giant man named Rubeus Hagrid hands him a letter telling him that he has been accepted as a student at the Hogwarts School of Witchcraft and Wizardry. * Harry soon learns that his parents were wizards and were killed by an evil wizard named Voldemort, a truth that was hidden from him all these years.

He embarks for his new life as a student, gathering two good friends Ron Weasley and Hermione Granger along the way.

They soon learn that something very valuable, called the sorcerers stone, is hidden somewhere deep inside the school and Voldemort is very anxious to lay his hands on it. Together they must use Hermione’s brilliant intellect, Ron’s joviality, and Harry’s bravery to stop Voldemort. In this epic action packed fantasy three friends learn the importance of friendship and that its power is unstoppable.

* The attributes that play a vital role to this movie in being a box office success is the actors performance and the story itself. Daniel Radcliffe as Harry Potter, Rupert Grint as Ron Weasley, and Emma Watson as Hermione Granger are a great trio for this type of movie. Daniel Radcliffe has the perfect face for an innocent eleven-year old-boy while he does have the look of valor and bravery in his eyes.

Rupert Grint has the mischievous look of a procrastinator and jovial boy who in the movie is perfect for the funny, always nervous, and * 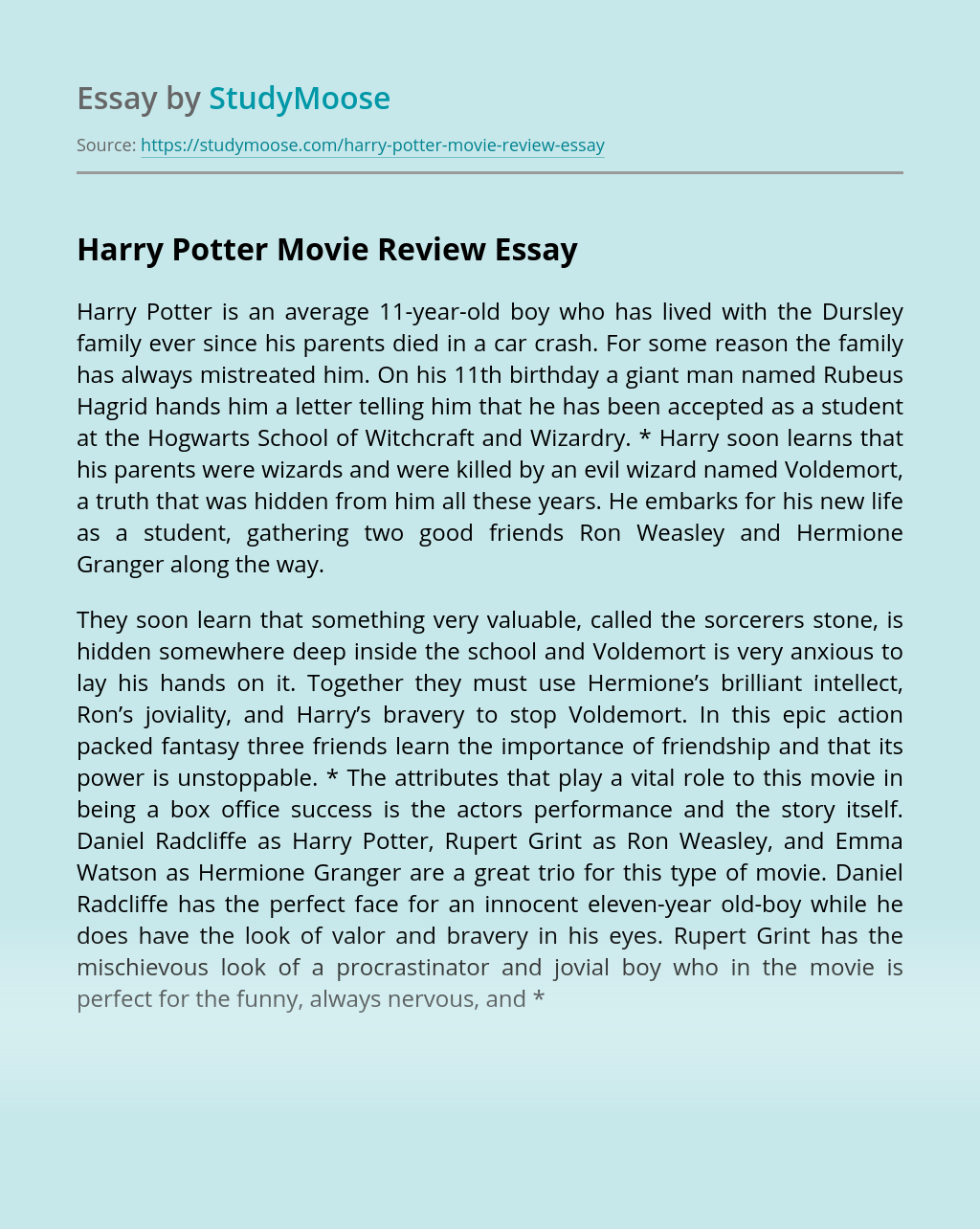