1. When the Hard Rock Cafe opened up it first location in London, England in 1971, their strategy was based on expansion, placing their restaurants in areas with heavy tourism. In recent years, this strategy has changed in a few ways. First off they began putting social factors into play by each location. For instance, they have tweaked some of the menus to satisfy local taste. For example, in London, they have replaced much of the burgers and beef with seafood dishes. Secondly, instead of focusing on tourist locations like they used to do, the Hard Rock Cafe has begun to place establishments in areas where tourism isn’t as heavily counted on.

2. Product – the menus at each Hard Rock location has been made up to fit the personalities of each region. As stated earlier, in London much of the burger and beef dishes in the England locations have been switched out with seafood dishes. Location – when the Hard Rock Cafe first began expansion, they decided to place restaurants in locations that attracted heavy tourism.

Decades later they decided to begin putting Hard Rock Cafe’s in locations that aren’t as heavily relied on by tourists. Inventory – at each location, they began to sell merchandise unique to each location. About 48% of the cafe’s sales come from its merchandising. 3. The Hard Rock Cafe fits within the multidomestic strategy. Although it has become a recognized name by most people, it is still growing worldwide with them having 157 facilities in 57 countries. They have used this strategy by customizing both their product offering and market strategy to match different locations.

For example in London cafes, they offer seafood dishes over some of their hamburger and beef dishes that are offered elsewhere. Also in each location they have merchandise, such as; t-shirts, pins, and even shot glasses that are unique to that location 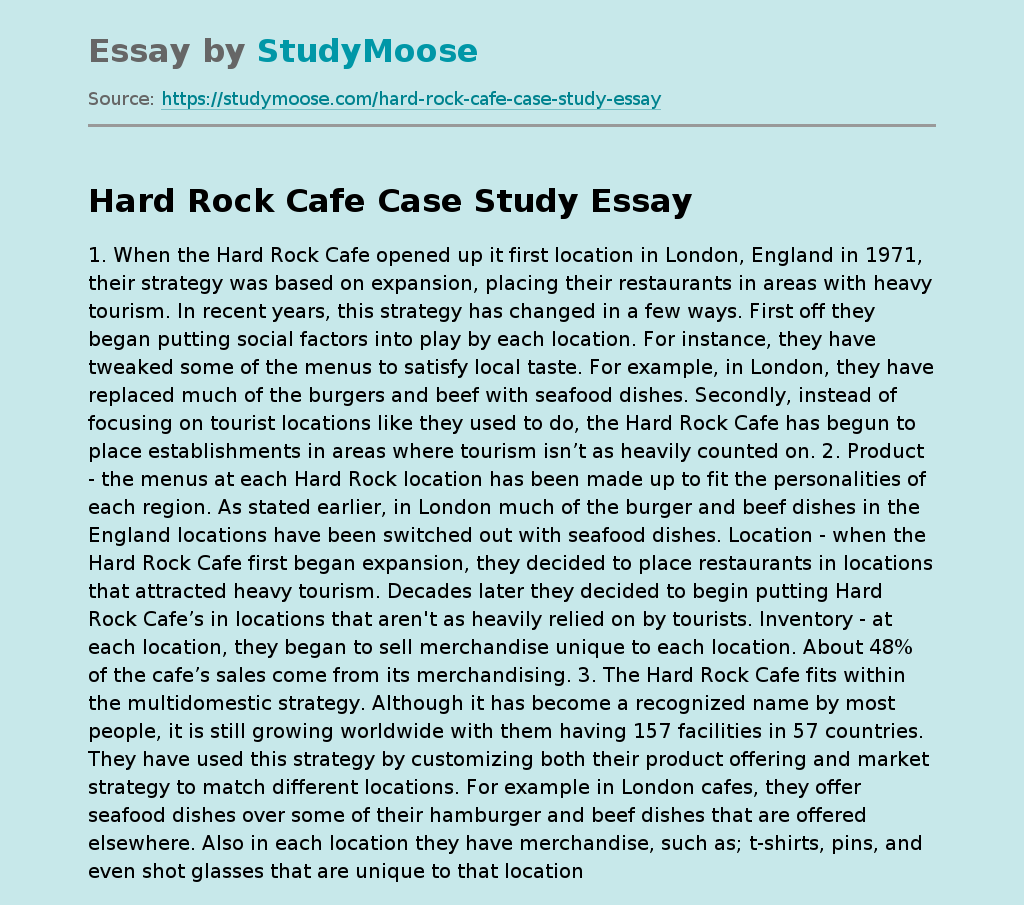