In my opinion, the play Hamlet is more tragic than Agamemnon. They are both tragedies as they both fulfill Aristotle’s definition of tragedy as they both depict the downfall of a basically good person through some fatal error or misjudgment, which produces suffering and insight on the part of the protagonist and arousing pity and fear on the part of the audience. They also have all the elements of Greek tragedy such as hubris, catharsis, peripeteia, anagnorisis, and hamartia (“Ancient Greek Tragedy”).

Don't use plagiarized sources. Get your custom essay on
“ Hamlet vs Agamemnon ”
Get custom paper
NEW! smart matching with writer

Hamlet is a tragic hero, as is Agamemnon, following Aristotle’s criteria for the elements of a tragic hero. For example, they both evoke the audience’s pity and fear, have a major flaw of character and are destined to fall in some way (“Tragedy in Drama”).

However, because Hamlet is the main character, we see, hear and understand more of his character. When Hamlet delivers his many dramatic soliloquies about mortality, betrayal, and the futility of life, he shows us his tortured world and the anguish, grief, and uncertainty which eventually takes over his life, leading to his death (“Hamlet Tone”). As the reader, I felt so much sympathy for Hamlet and this made the play more tragic.

On the other hand, the reader knows more about Agamemnon from the Chorus and other characters, rather than from the character himself. The reader has much less insight into his personality and feelings and I found that, as the tragic hero, he lacked the emotion of Hamlet. 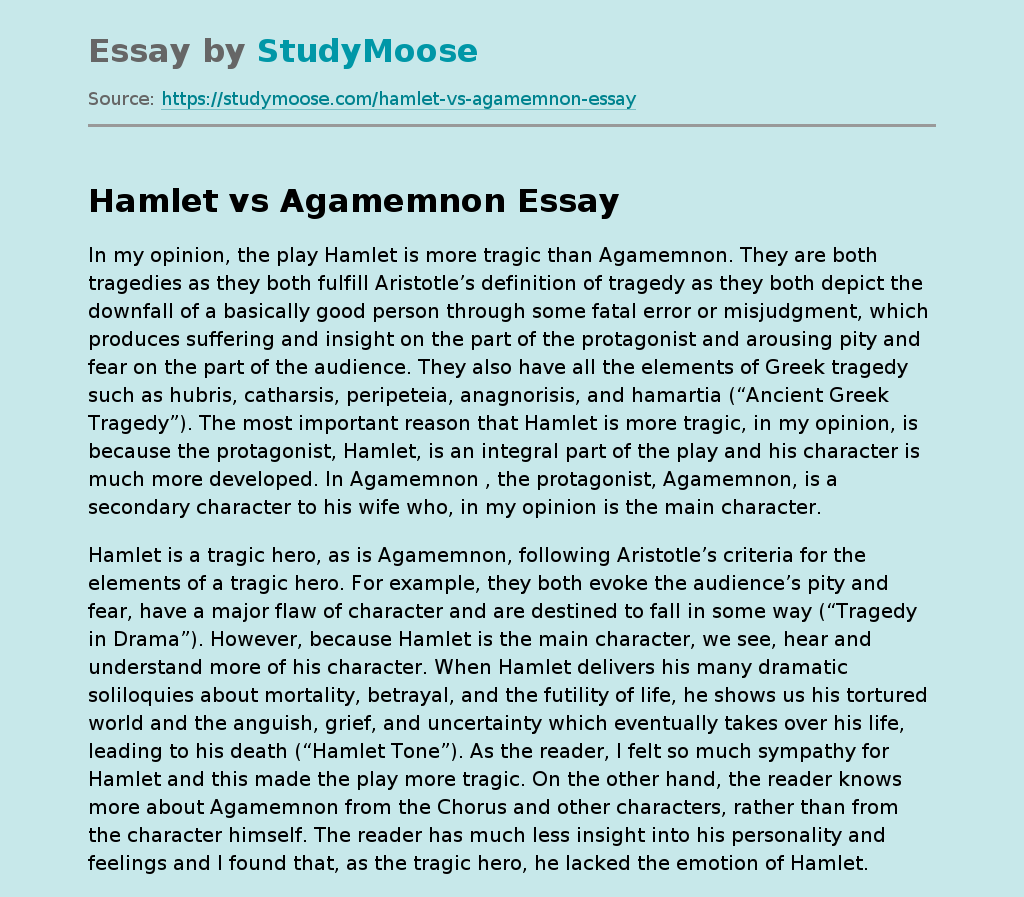