Gun control has been a controversial issue in the United States, and nobody seems to have a solution. America has been experiencing numerous shootings and indiscriminate firing incidents in schools, malls, and churches. Most gun owners think that gun control is not a good option. However, laws that make gun ownership of any type to fall into the wrong hands. Therefore, regulating gun control laws could save peoples’ lives; the State laws will reduce mass shootings, and it will restrict the person who purchases it.

Don't use plagiarized sources. Get your custom essay on
“ Gun Control – Controversial Issue in the United States ”
Get custom paper
NEW! smart matching with writer

In the US, mass shootings increased in the past fifty years. According to The Washington Post, 1, 211 people were murdered in mass shootings in the United States since 1966 (Berkowitz, Bonnie, et al.). One of the mass shootings took place in a high school on February 14, 2018 in Florida. A former student, Nikolas Cruz, shot and killed 17 people and wounded 17 others at Marjory Douglas Stoneman High School.

The killing spree only lasted less than four minutes, but it took 17 young lives.

The students at the high school were devastated by the tragedy, and they demanded more gun control. They went to the media and fought with lawjmakers to have more strong gun control.

Gun Control - Controversial Issue in the United States. (2020, May 15). Retrieved from https://studymoose.com/gun-control-controversial-issue-in-the-united-states-essay 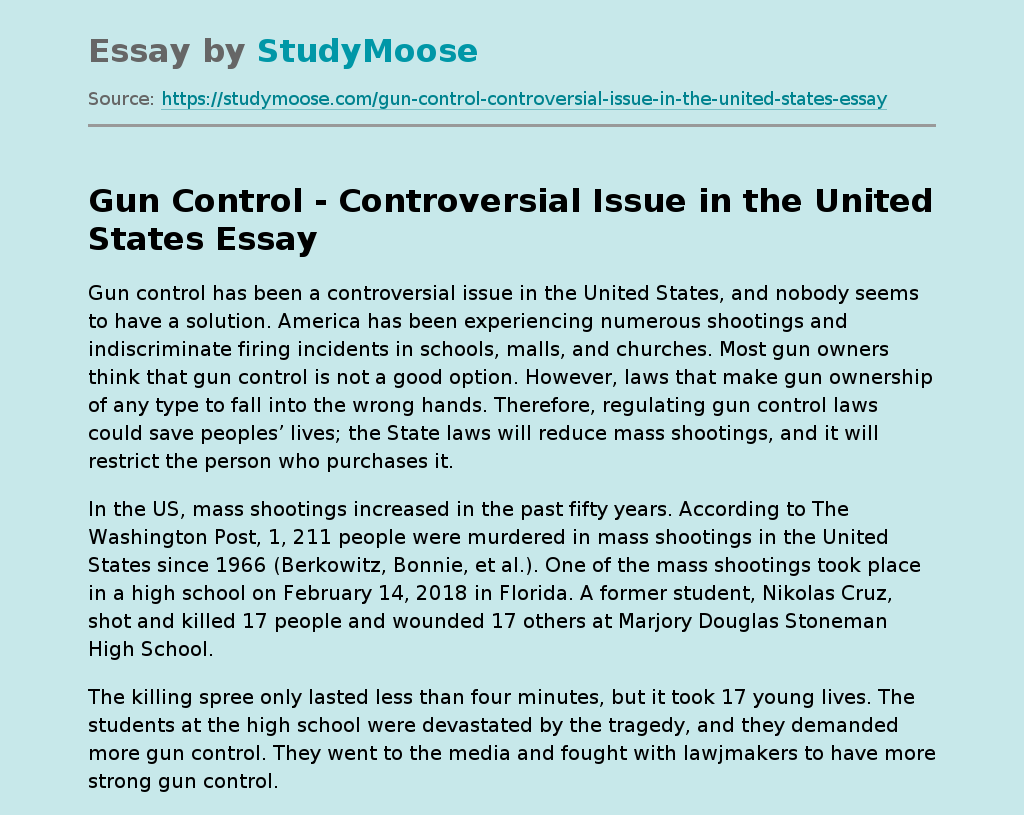