Attention Getter: Today when you look on the news its mostly bad because of multiple mass shootings within the United States. Most people believe that the government should enforce stronger gun laws, do you?

Credibility Statement: Although most people believe that the government should enforce stronger gun laws, I however do not believe that this is the best thing to do.

Don't use plagiarized sources. Get your custom essay on
“ Gun Control and Mass Shootings ”
Get custom paper
NEW! smart matching with writer

Preview of Main points: Today I would like to talk about Gun control and why the United States government should not enforce stronger gun laws.

Gun Control and Mass Shootings. (2020, May 15). Retrieved from https://studymoose.com/gun-control-and-mass-shootings-essay 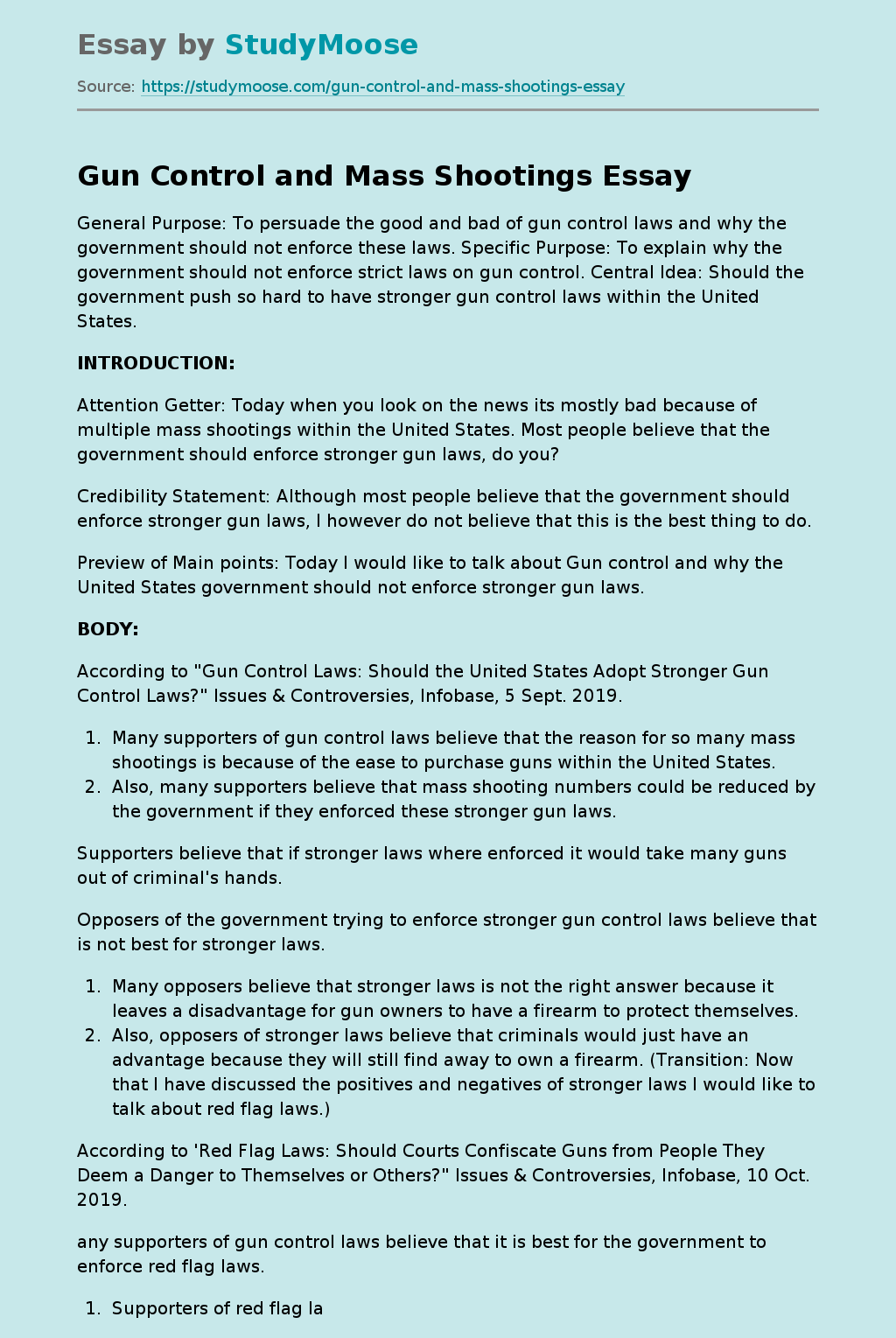