Greeting is an act of communication in which human beings (as well as other animals) intentionally make their presence known to each other, to show attention to, and to suggest a type of relationship or social status between individuals or groups of people coming in contact with each other. While greeting customs are highlyculture- and situation-specific and may change within a culture depending on social status and relationship, they exist in all known human cultures. Greetings can be expressed both audibly and physically, and often involve a combination of the two.

Don't use plagiarized sources.
Get Your Custom Essay on Greetings Just from $13,9/Page

This topic excludes military and ceremonial salutes but includes rituals other than gestures. A greeting can also be expressed in written communications, such as letters and emails. Greetings are often, but not always, used just prior to a conversation. Some epochs and cultures have had very elaborate greeting rituals, e. g. , greeting of a king. Secret societies have clandestine greeting rituals that allow members to recognize common membership. A greeting can consist of an exchange of formal expression, a simple kiss, a hand shake or a hug.

The form of greeting is determined by social etiquette, as well as by the relationship of the people.

Beyond the formal greeting, which may involve a verbal acknowledgment and sometimes a hand shake, facial expression, gestures, body language and eye contact can all signal what type of greeting is expected. Gestures are the most obvious signal, for instance greeting someone with open arms is generally a sign that a hug is expected. [1] However, crossing arms can be interpreted as a sign of hostility. Facial expression, body language and eye contact reflect emotions and interest level. A frown, slouching and lowered eye contact suggests disinterest, while smiling and an exuberant attitude is a sign of welcome.

Throughout all cultures people greet one another as a sign of recognition, affection, friendship and reverence. While hand shakes, hugs, bows, nods and nose rubbing are all acceptable greetings, the most common greeting is a kiss, or kisses, on the cheek. Cheek kissing is most common in Europe and Latin America and has become a standard greeting in Southern Europe. [2] While cheek kissing is a common greeting in many cultures, each country has a unique way of kissing. In Russia, Slovenia, Serbia, Bosnia & Herzegovina, Macedonia, Montenegro, the Netherlands and Egypt it is customary to “kiss three times, n alternate cheeks. ”[3]

Italians, Hungarians and Romanians usually kiss twice in a greeting and in Mexico and Belgium only one kiss is necessary. In the Galapagos women kiss on the right cheek only[4] and in Oman it is not unusual for men to kiss one another on the nose after a handshake. [5] French culture accepts a number of ways to greet depending on the region. Two kisses are most common throughout all of France but in Provence three kisses are given and in Nantes four are exchanged. [6] However, in Finistere at the western tip of Brittany and Deux-Sevres in the Poitou-Charentes region, one kiss is preferred. 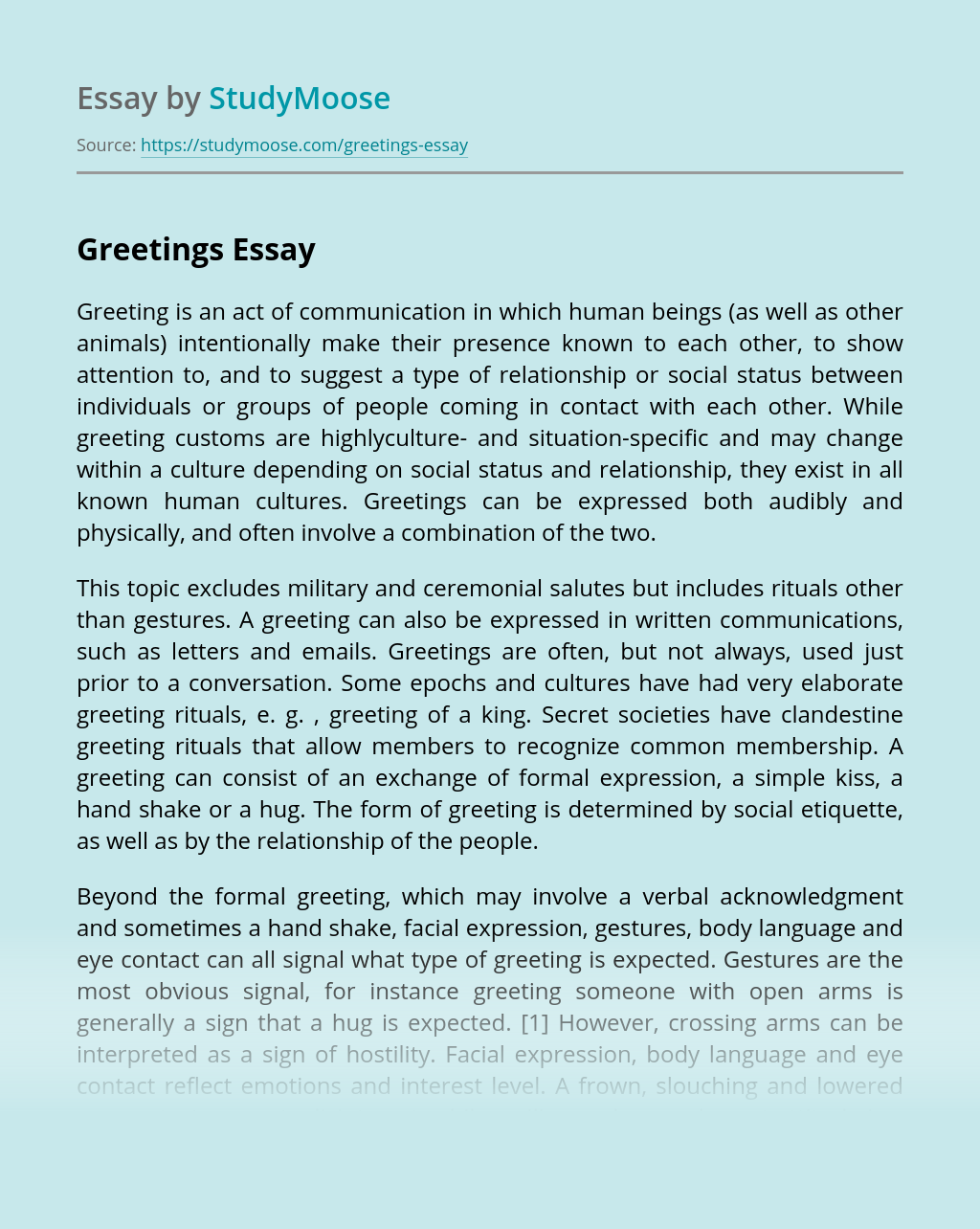 Executive Summary Under Armour is a company started by the former University of Maryland football player Kevin Plank. Although the company started in a basement, they have overcome many obstacles financially to have a continual growth in sales. The founder has been successful in developing new and innovative gears and apparels to help stay ahead... VIEW ESSAY

CHAPTER VI SUMMARY AND SUGGESTIONS FOR FUTURE WORK 6.1SUMMARY The main objective of the present investigation is in order to realize the second and third order nonlinear property of the synthesised crystals. Organic crystals formed with benzotriazole compound are identified as potential candidates for NLO applications to replace the inorganic, semi-organic crystals because of their... VIEW ESSAY

In the decision making process, it helps to look at all the information. This SWOT is comparing Chili’s restaurant to two of its competitors, Ruby Tuesday’s and Applebee’s. Company History Chili’s restaurants are part of the company, Brinker International Corporation. Chili’s Bar & Grill is a casual dining restaurant that was founded in 1975 and... VIEW ESSAY