Example: “Gatsby, his hands still in his pockets, was reclining against the mantelpiece in a strained counterfeit of perfect ease, even of boredom” (The Great Gatsby, 86).

Function: The nervous appearance of Gatsby as he meets Daisy suggests a different side to Gatsby’s personality.

This meeting with Daisy, which takes place at Nick’s house, gives one a closer look as to how Gatsby can seem like a different person altogether. Gatsby’s surprisingly timid nature even disables him to directly ask Nick to invite Daisy for tea. Gatsby, usually sophisticated and composed, is in distress as he tries to mimic a pose of “perfect ease” when he tries to talk with Daisy (86). Gatsby’s awkward character directly involves Nick as he turns to him for help in reuniting him with his love.

The author characterizes Gatsby differently from Nick’s first impression to show the reader the sincere love he feels for Daisy.

Similar to how a man in love can be sheepish and disheveled, Gatsby is clearly characterized as a typical man who fell in love through his failed attempts at being calm in Daisy’s presence. His appearance at the beginning of the novel differs from the true feelings he hides deep inside.

This complete change of character with Gatsby emphasizes the climax of the novel, which is when Gatsby and Daisy finally meet. All of Gatsby’s actions, including his parties, were done with Daisy in mind. In relation with the change of pace in the novel as the novel switches from Gatsby’s mysterious nature to a complete revelation of Gatsby’s inner workings, the plot of the story changes to include Gatsby’s course of action in the hopes of reviving his past with Daisy. 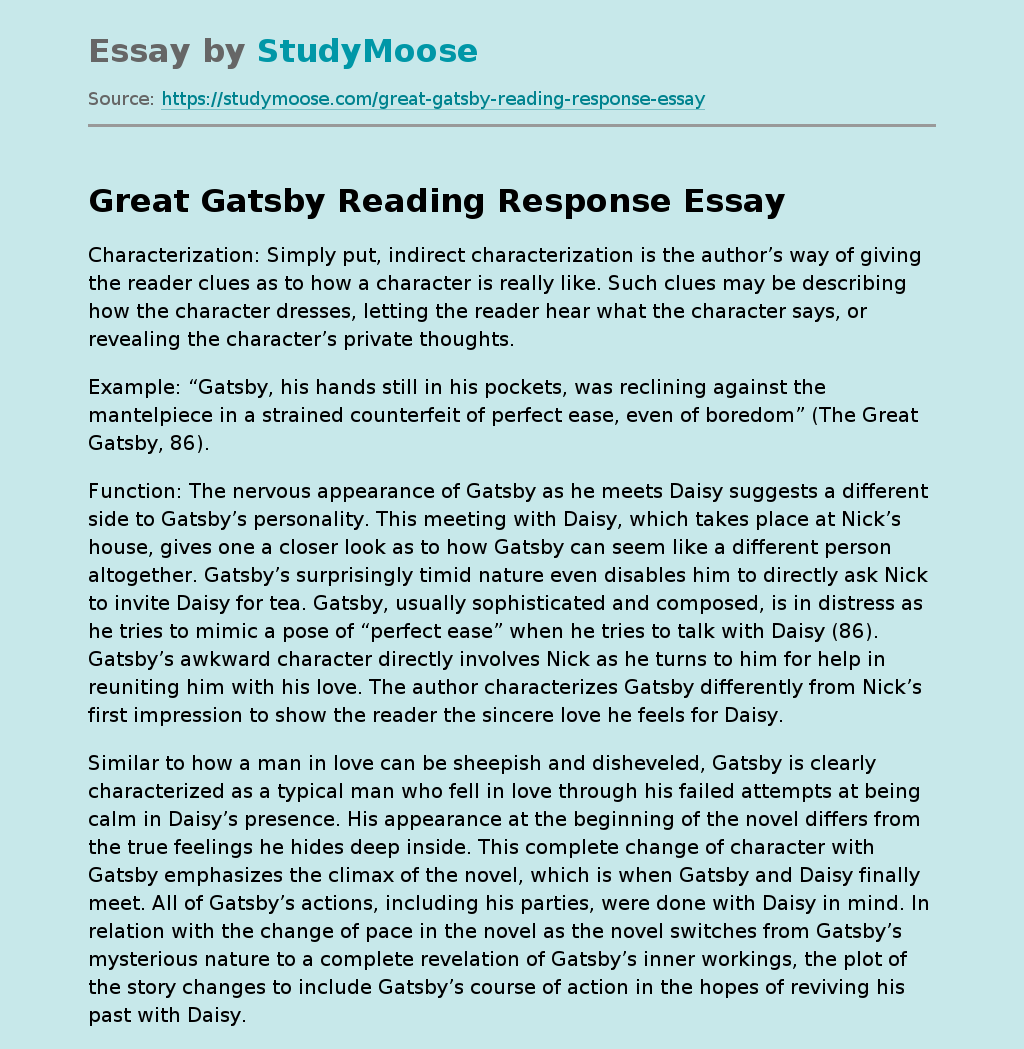