Genghis Khan and the Making of the Modern World

Temugin, who is now known as Genghis Khan, has been misrepresented though out history. Stories of him had accumulated and circulated through out the globe. Such exaggerated horrific stories left much room for imagination, these mental thoughts of him often portrayed him as a barbaric, ruthless warrior, as were his people.

Don't use plagiarized sources. Get your custom essay on
“ Genghis Khan and the Making of the Modern World ”
Get custom paper
NEW! smart matching with writer

Although he enjoyed circulating these stories of him, to strike fear into the hearts of opposes, these false stories did not leave room for the truth of his conquests, just the hyperbolic accounts of his destruction. Unfortunately, this means for a prolonged period of time, no one new about the great accomplishments this warrior made, or the strategies and methods he used, that were well beyond his time.

A factor in the lack of information regarding Genghis Khan, is the lack of record keeping.

Word of mouth can only go so far, which is why detailed record keeping is necessary for accurate descriptions of a civilization. The lack of record keeping before Genghis’s reign was a result of the peoples priority of literacy, not being at the top. It was not uncommon, before Genghis put emphasis on literacy, that only the most affluent of the people could read and write. In fact, a writing system had not been adopted until Genghis decreed the Uyghur Script as the peoples written word.

This is why his early childhood could not be found easily by means of record keeping, or lack thereof.

Genghis Khan and the Making of the Modern World. (2016, Oct 14). Retrieved from https://studymoose.com/genghis-khan-and-the-making-of-the-modern-world-essay 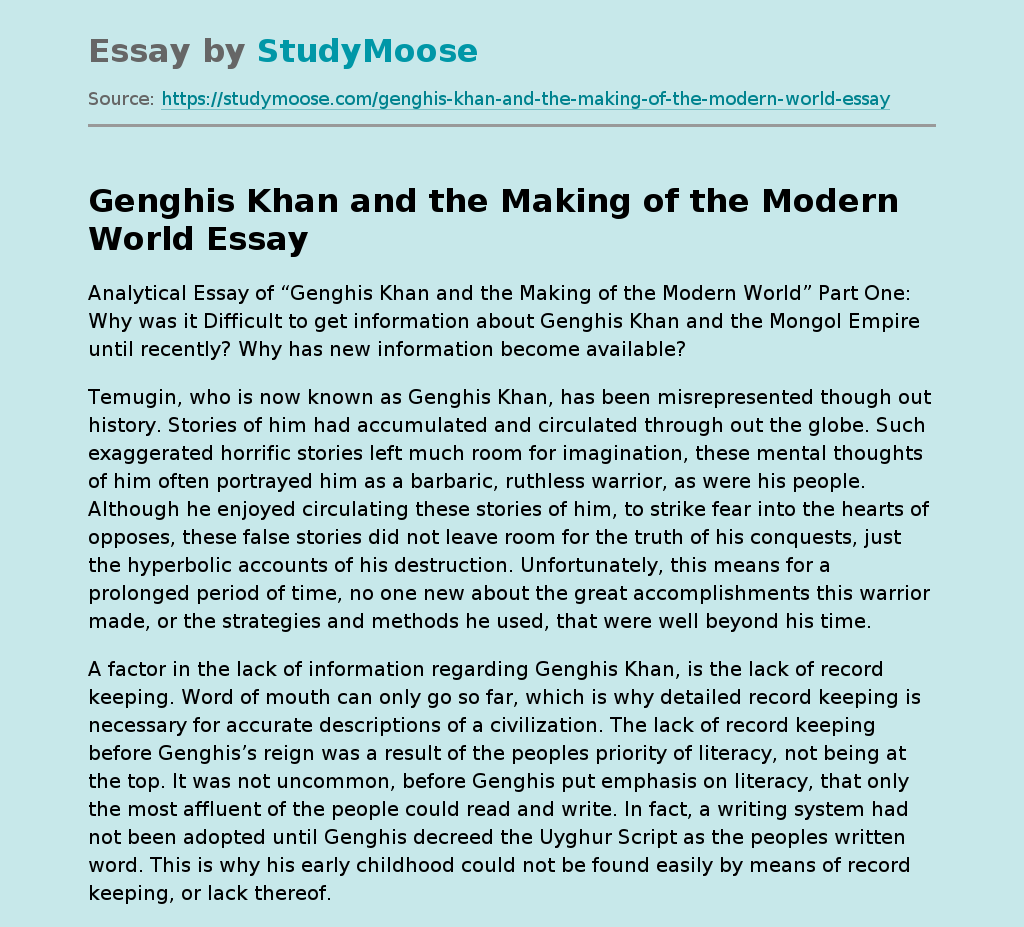