Gender stereotypes are things the society believes that each gender does or is expected to do. These stereotypes are normally past on by the elders of society and our families.

Don't use plagiarized sources. Get your custom essay on
“ Gender Stereotypes in Movie “Billy Elliot” ”
Get custom paper
NEW! smart matching with writer

These stereotypes have influenced our daily lives and the way we view situations. However, these gender stereotypes were broken in the movie “Billy Elliot” in this movie it shows a boy that attends ballet classes instead of the typical activities that boys are expected do such as going to the gym and taking boxing classes.

However, when he breaks these gender stereotypes he is faced with many problems one of which include the society not approving his decisions.

This becomes a major problem later when he is trying to achieve his dream of becoming a ballet dancer. However, in the end, he accomplishes his dream and proves the society wrong. After viewing this movie, I learnt that gender doesn’t define the person you are. Also that any gender can do anything and everything and that these stereotypes don’t mean anything. 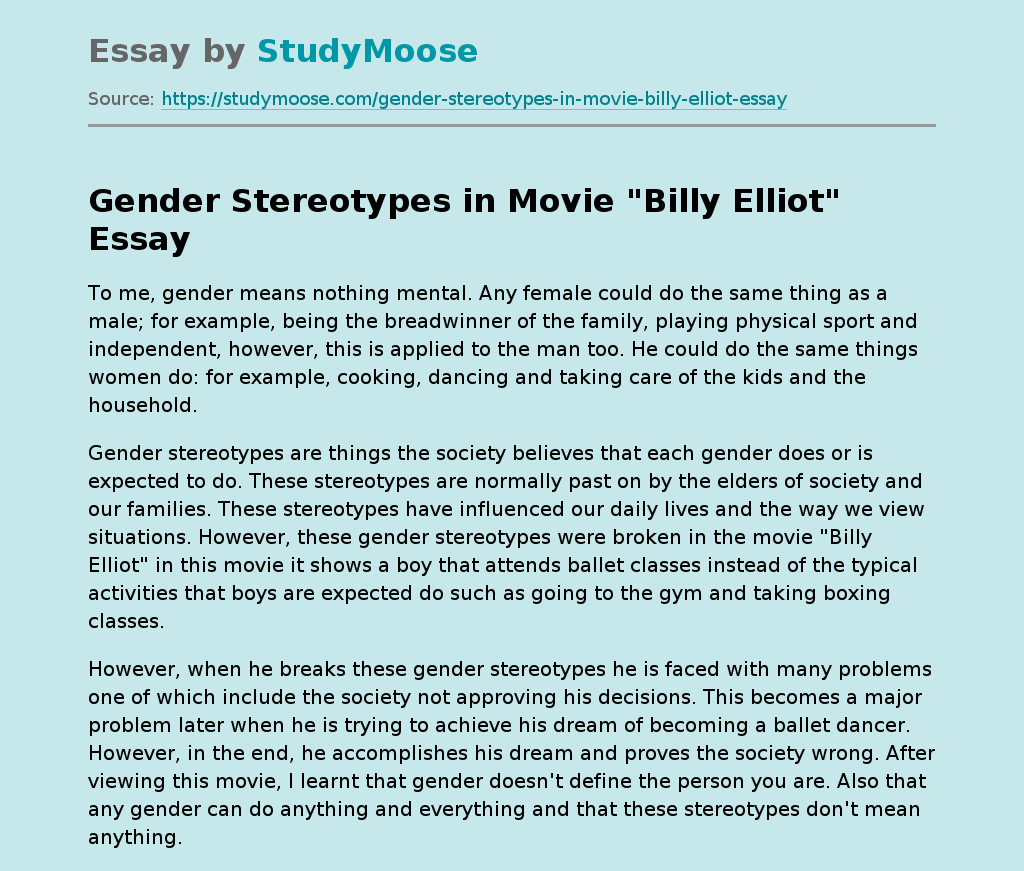