As a female working in a professional environment and living in a society that promotes economic, social and cultural rights I often find myself concerned with gender equality. Sometimes I feel that gender equality is just a myth, because, I have yet to see women promoted or granted the same salaries as their male counterparts in the workplace, or treated equally in society. Gender equality is the measurable equal representation of women and men; however, it does not imply that women and men are the same, but that they have equal value and should be accorded equal treatment.

Don't use plagiarized sources.
Get Your Custom Essay on Gender Equality Just from $13,9/Page

Women desire to live and work in a world where the equal dignity and worth of every individual is respected and valued. Women desire equal pay for equal work. This is one of the areas where gender equality is rarely seen. All too often women are paid less than men for doing the same work. Even though women hold some of the same job titles as men in their field of work, salaries are usually not equal.

Another area of gender equality is suffrage (the right to vote). This area of gender equality does not extend to all the women in the world. Women in Saudi Arabia does not have the right t to vote; in the USA right wing commentators say that women should never have been given the right to vote(IPPF.Org). Other discrimination against women and girls includes gender-based violence, economic discrimination, and reproductive health inequities. A key topic has been women’s rights affording the ability to control their own fertility. This is absolutely fundamental to women’s empowerment and equality. When a woman can plan her family, she can plan the rest of her life. When she is healthy, she can be more productive. And when her reproductive right, which includes the right to decide the number, timing and spacing of her children, and to make decisions regarding reproduction free of discrimination, coercion, or violence.

Despite many international agreements affirming their human rights, women are likely to be poor and illiterate, compared to men. . They usually have less access than men to medical care, property ownership, credit, training and employment. They are far less likely than men to be politically active and far more likely to be victims of domestic violence(UNFPA.Org). It’s also about political will. Until each nation embrace policies to integrate women into leadership like their counterparts, women will not be viewed as equal throughout the world. Therefore, gender equality implies a society in which women and men enjoy the same opportunities, outcomes, rights and obligations in all aspects of life. Gender equality includes sharing equally in the distribution of power, influence, opportunities, financial independence, and access to education and jobs.

A critical aspect of promoting gender equality is the empowerment of women to manage their own lives and personal ambitions. The roles that men and women play in society are not biologically determined — they are socially determined, changing and changeable. Some see them as being justified or required by culture or religion, however, these roles vary widely by locality and change over time(UNFPA.Org). 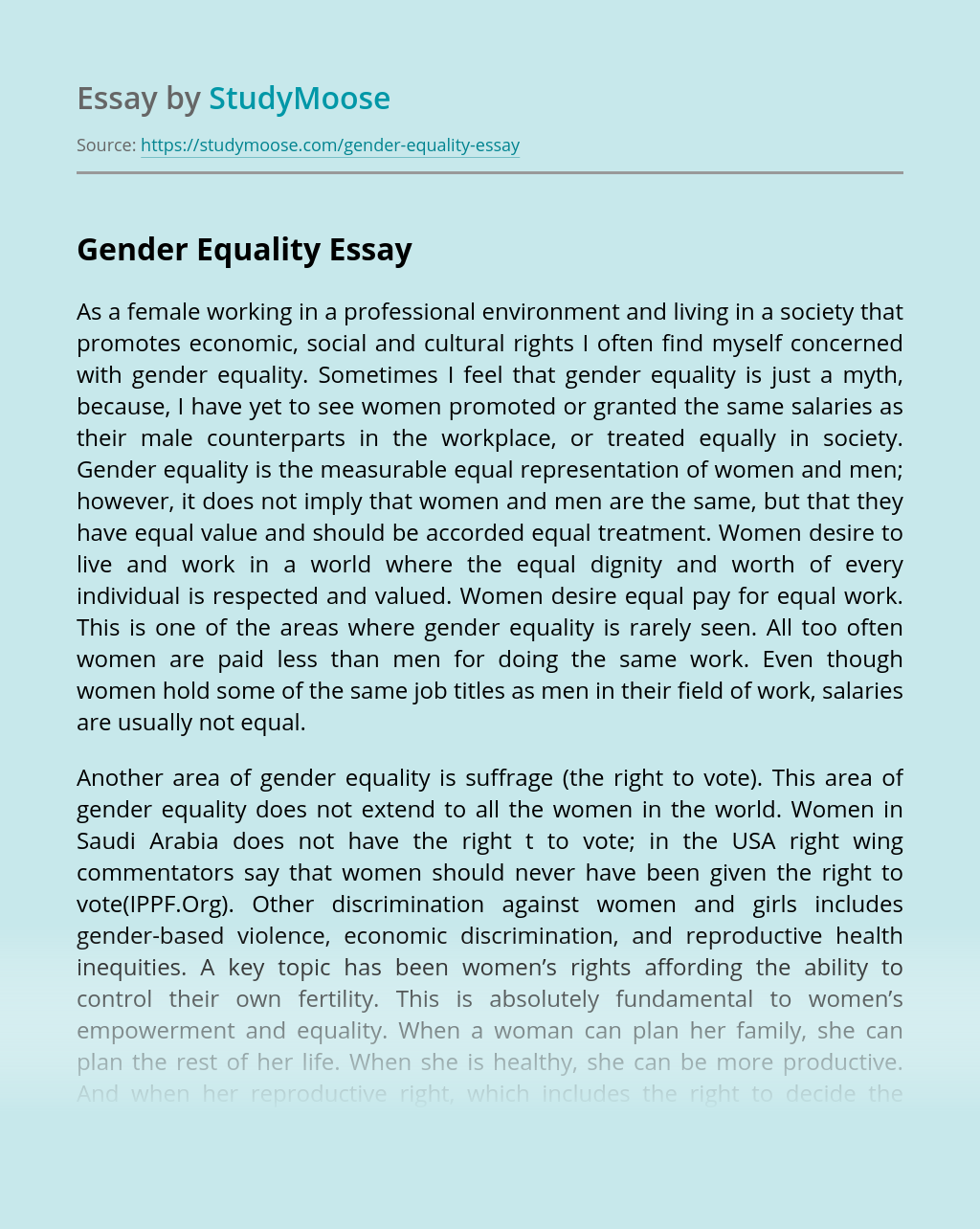 According to Defence 2019 current automobile and van engines

According to Defence (2019), current automobile and van engines today have an operating management system that controls the energy in your vehicle. This software handling the description of systems inside the engine, the ECU (Engine Control Unit). ECU, are now managed by improved technologies that have so much progress compared to the old cars. ECU,... VIEW ESSAY

A power outage which is also called a power cut, a power out, a power blackout, power failure or a blackout is either a short-term or a long-term loss of the electric power to a particular area.There are a lot of causes of power failures in an electricity network. Some of the causes are faults... VIEW ESSAY

View sample
Get Essay
Is the Prime Minister Too Powerful

In this essay, I will demonstrate that the Prime Minister is powerful and can cause many potential dangers by analyzing different elements inside and outside of our government over the period of different Prime Ministers throughout the Canadian political history. In theory, the Parliament is the most important institution in the Canadian government and all... VIEW ESSAY

The First Amendment to the United States Constitution is perhaps one of the most misunderstood provisions in the US Constitution.  It states that “Congress shall make no law respecting an establishment of religion, or prohibiting the free exercise thereof; or abridging the freedom of speech, or of the press; or the right of the people... VIEW ESSAY

The notion of control is delved into, by both Dickens and Banks  this is expressed through the environment. In Great Expectations Dickens persona of Pip is seen as ungrateful in all the things his uncle Joe has done for him as he wishes he would not come to see him after becoming a gentleman... VIEW ESSAY