Turn in your highest-quality paper
Get a qualified writer to help you with
“ Gay marriage speech ”
Get high-quality paper
NEW! AI matching with writer

They become one and if your religious confess their love to god.

I will prove to you why gay marriage should be allowed by giving you reasons that will hopefully convince you. Last year the government had said that the gays could get married in Canberra over the weekend and so they did only to have their marriages annulled. 5 days later by the government which is wrong. Because there wasting valuable money on a trip that wouldn’t have been worth it.

I’m going to show you statistics on how may people would care if gays could get legally married or not. 64% percent of people say yes to it that’s more then half of the country saying yes so why can’t it happen. It isn’t fair on them because all they want is the same equal rights. But the government doesn’t want to allow it because they don’t see it as being right which is completely unfair.

My final point I’m going to make on this issue is that there are a number priests and minsters who support gay marriage. Now as most people would think people of the church are against this issue as the bible. supposedly says that gay people are not allowed and that it’s wrong but surprisingly they support it. Now if people who worship god and don’t get married for god can accept this. Then our government should be able to support it and give it the go ahead.

Just to recap everything I think the government should allow same sex marriage if more then half of this country can do it. If we have a festival for it and priest and minsters that support it then it should be allowed. 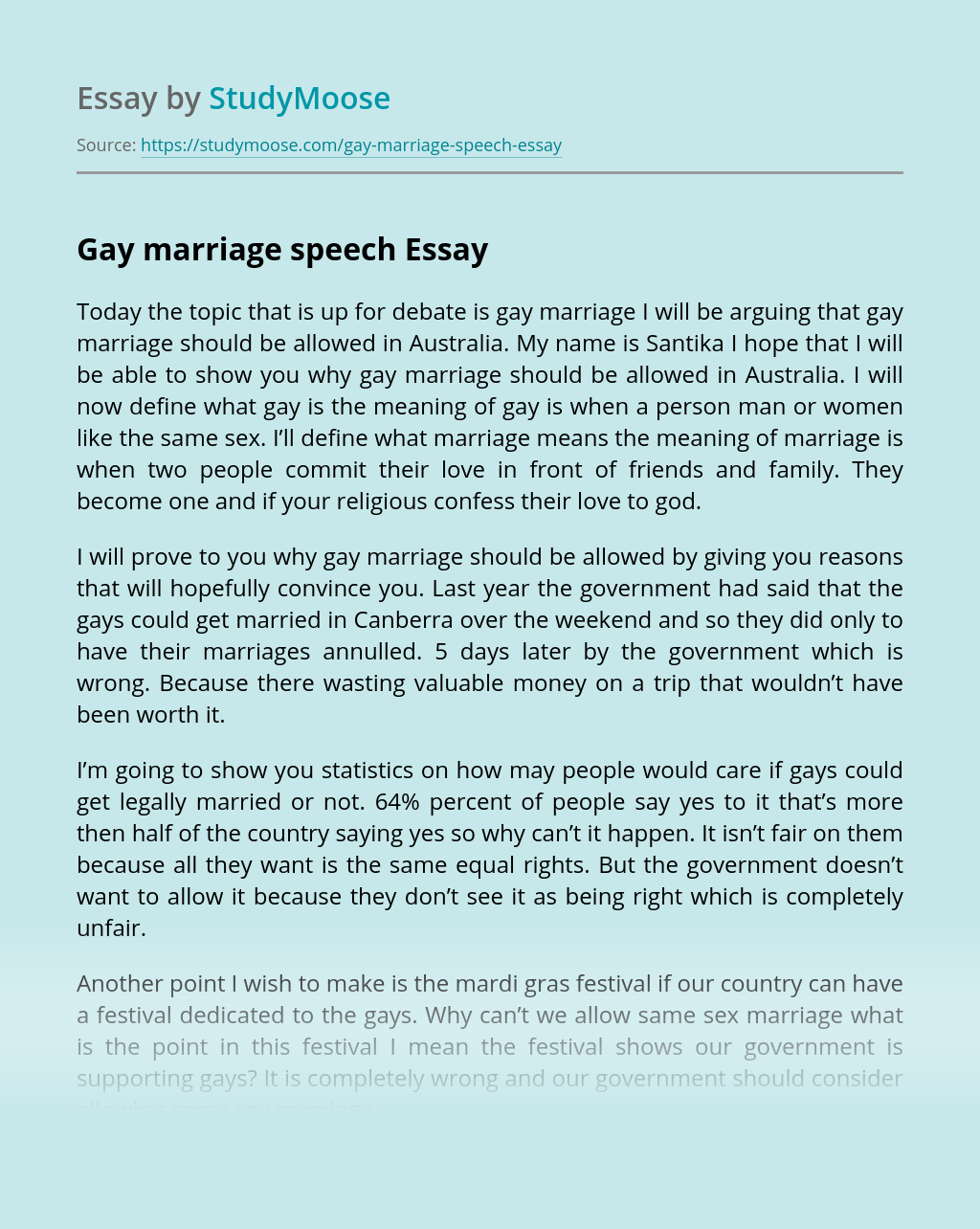 Turn in your highest-quality paper
Get a qualified writer to help you with
“ Gay marriage speech ”
Get high-quality paper
Helping students since 2015
Stay Safe, Stay Original