More than one quarter of the same-sex couples we surveyed were raising children and almost all of these couples said their children were happier and better off as a result of their marriage.

So why do people want to try and jeopardize a couples chance at being a family? Same-sex couples should have the exact same rights as a straight couple. Statistics shows that children of same-sex parents do as well as children whose parents are heterosexual in every way therefore there is no valid reason as to why same-sex couples should not adopt. How would you feel if your child wasn’t allowed to get married due to the law? You would do almost anything to try and abolish that law am I right? Well that’s how hundreds of people feel.

It is no one else’s business, if two people of the same-sex love each other they should be allowed to show their commitment publicly just like straight couples do. There have been many incidents were a couple in a same-sex relationship is denied hospital visitation rights Governor Walker of Wisconsin’s states “I believe a new law that gives gay couples hospital visitation rights violates the state constitution and I have asked a judge to allow the state to stop defending it.” Regardless of sexual orientation a person should never be denied the right to see a loved one when they

Statistics
– Liberal frontbencher Malcolm Turnbull has privately polled his electorate finding 68 per cent in favour of same-sex marriage – Same-sex people make up 1-4% of the population in most cities – Statistician’s predict a majority of Americans will support same-sex marriage by 2012 – One third of lesbian couples and one fifth of gay male couples have children – 1.4% of women and 0.9% of men said they were bisexual

Expert Quotations
– “I’ve just concluded that for me personally to it is important to go ahead and affirm that I think same-sex couples should get married.” – Barack Obama – “Everybody’s journey is individual. If you fall in love with a boy, you fall in love with a boy. The fact that Americans consider it a disease says more about them than it does about homosexuality.” – James Baldwin – “No government has the right to tell its citizens when or whom to love. The only queer people are those who don’t love anybody.” – Rita Mae Brown – “I believe today that freedom does mean freedom for everybody. People ought to be free to choose any arrangement they want. It’s no one else’s business.” – Dick Cheney 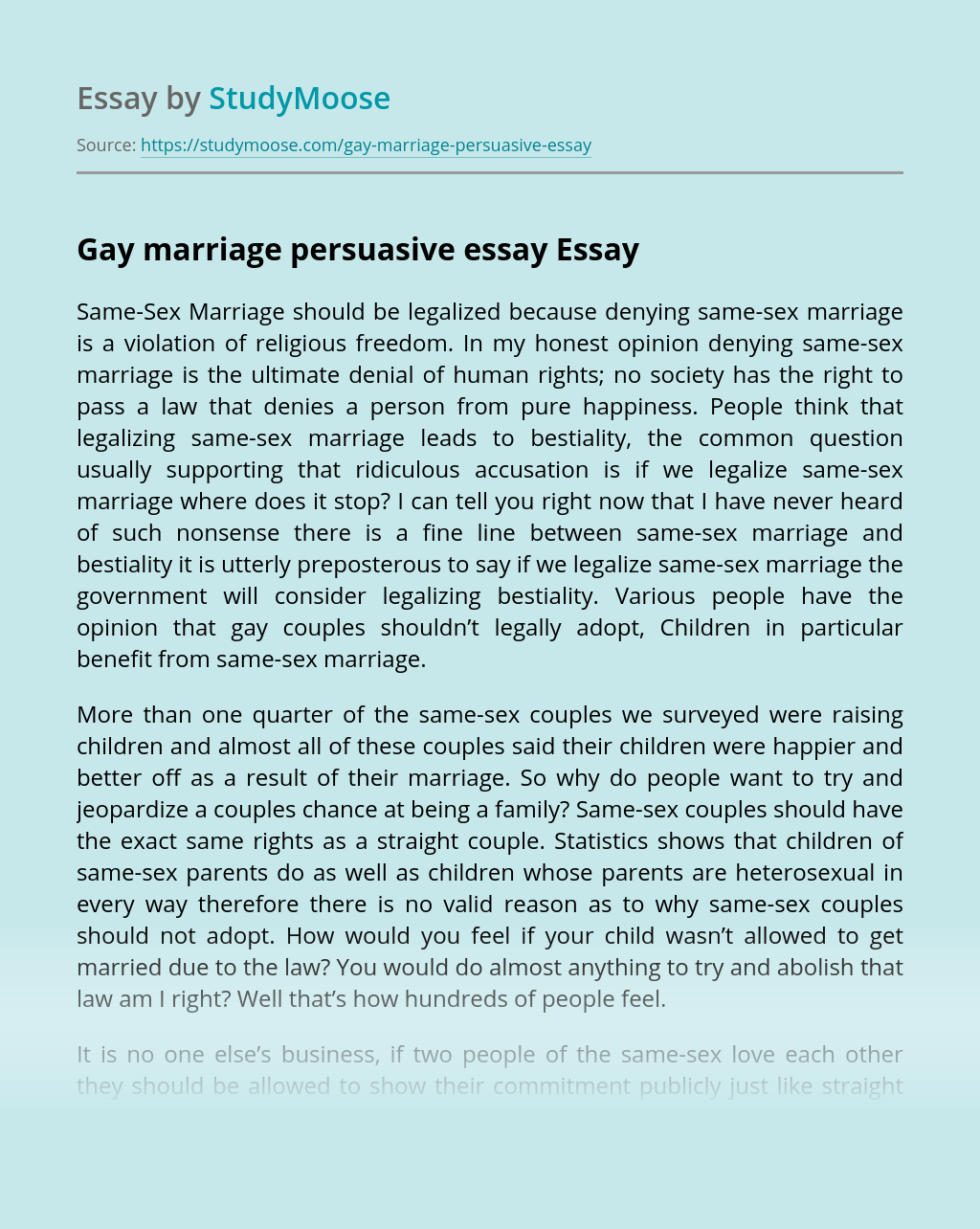