Essay On The Difference Between Prison Gangs And Street Gangs

This paper discusses Susan Horton’s article “Mothers, Sons, and The Gangs” in order to examine gang members and their families.

Society would like to accept that children lost to gangs are from dysfunctional and uncaring homes. While in some cases this may be true, in many homes this is not the case. In Susan Horton’s article “Mothers, Sons, and The Gangs” she speaks of three different scenarios of gang members and their families. Although the families had different backgrounds, beliefs, and techniques they all shared in common sons who were gang members.

Don't use plagiarized sources. Get your custom essay on
“ Essay On The Difference Between Prison Gangs And Street Gangs ”
Get custom paper
NEW! smart matching with writer

They are mothers who care but have to face alone the battle of raising their sons in a community lost to gangs. In Horton’s article we are introduced to three different families whose sons are involved with gangs. Teresa Rodriguez who still feels foreign and timid about the culture of America. Maggie Garcia who was raised in the same neighborhood as her son and believes that loyalty to the neighborhood is just and understandable.

And Gayle Thomas Kary who because of financial struggles was thrown into the gang community and fought her best to save her son. And their sons whom are all minors living in a society pressured by gang affiliation. Although their homes had loving mothers their gangs had friends, bravado, acceptance, and a way of life. Studies prove that youth join gangs because of “low self-esteem and a stressful home life. A youth whose friends with gang- members and experiences peer- pressure to join.

Essay On The Difference Between Prison Gangs And Street Gangs. (2020, Jun 02). Retrieved from http://studymoose.com/gangs-3-2-new-essay 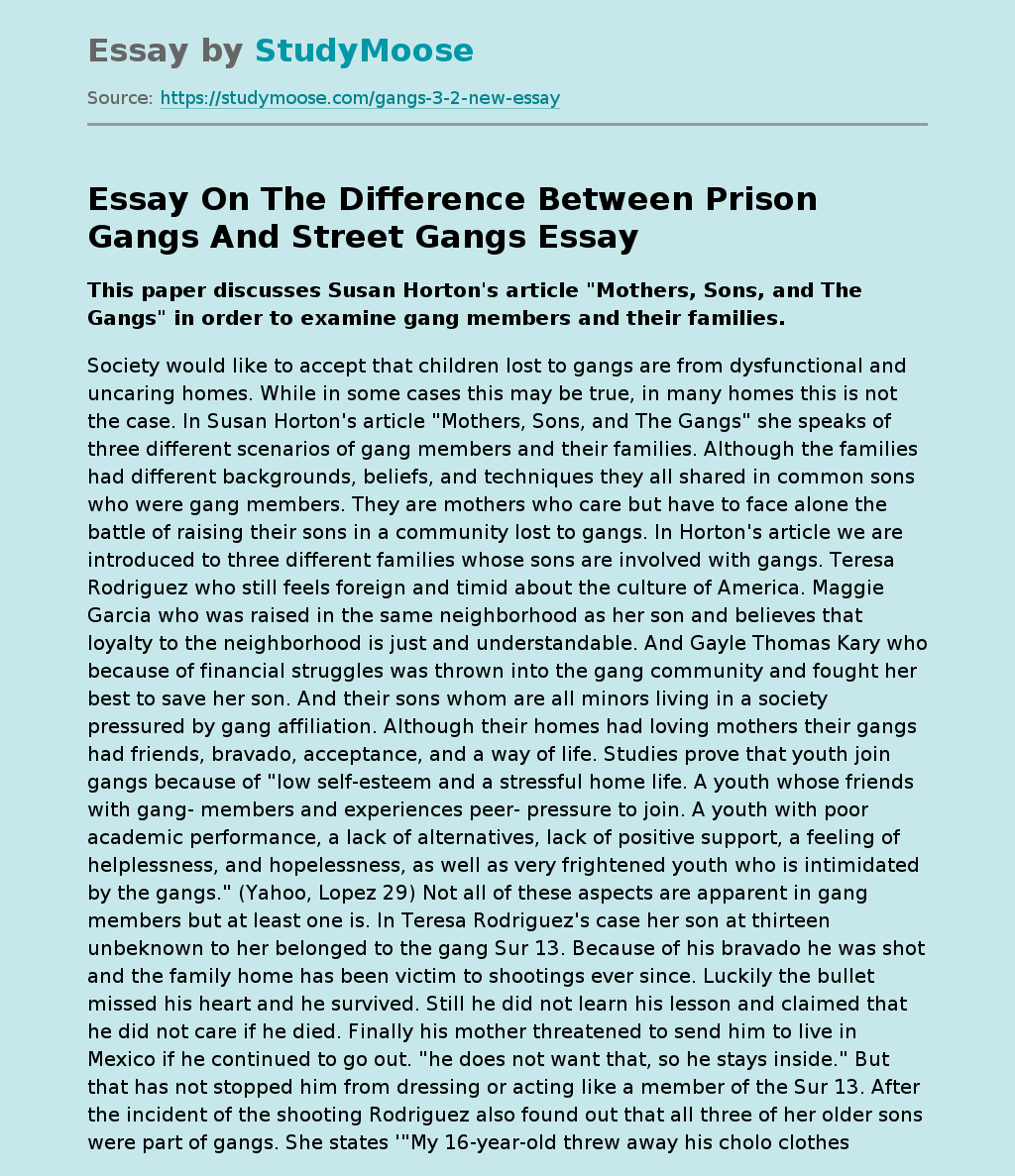