In both Frankenstein and Dr. Jekyll and Mr. Hyde human nature is being tampered with. Dr. Jekyll creates a potion which changes himself into another person, and Frankenstein creates human life through science. In both cases they tried to change human nature from going outside the norm. Although they both intended for good the outcome was bad. So with good comes the capacity to do evil. While at the same time every person has a duel persona. The idea that every person has two sides is expressed more in Dr.

Don't use plagiarized sources. Get your custom essay on
“ Frankenstein and Dr Jekyll and Mr Hyde ”
Get custom paper
NEW! smart matching with writer

Jekyll and Mr. Hyde then in Frankenstein. Dr.

Jekyll all throughout the novel was bottling up his hatred and evil just waiting to get rid of it. So he created a potion that transformed him into Mr. Hyde. With the help of his potion he was able to escape reality, but he was still conscience of that what he was doing was wrong. The two sides to Jekyll was good and evil.

After doing one evil doing he continued to do more, and more. Having experienced this evil he was unable to control himself, almost as if he couldn’t do good anymore because the evil had taken over. Jekyll decided to take his own life to prevent himself from doing any more harm.

If you are being treated as a monster your whole life you might start to believe that you are a monster. So the creation started acting like a monster. He wanted vengeance on his creator for making him the way he is, and then not even caring for him. In conclusion both characters tried to change human nature.

By doing so they attempted to become more divine, but God should be the one who creates life not humans. Humans don’t have the right to give or take life, because if we did this world would be in chaos. Also both authors show two different ways of how these characters are affected. Shelly uses external forces that provoke the internal feelings of the monster. While Stevenson shows how every person has a dual persona, a evil side and a good side. One side however is more dominant than the other, like how Hyde was more dominant then Jekyll. Both novels truly show us the evil side of life, and how cruel humanity can be. 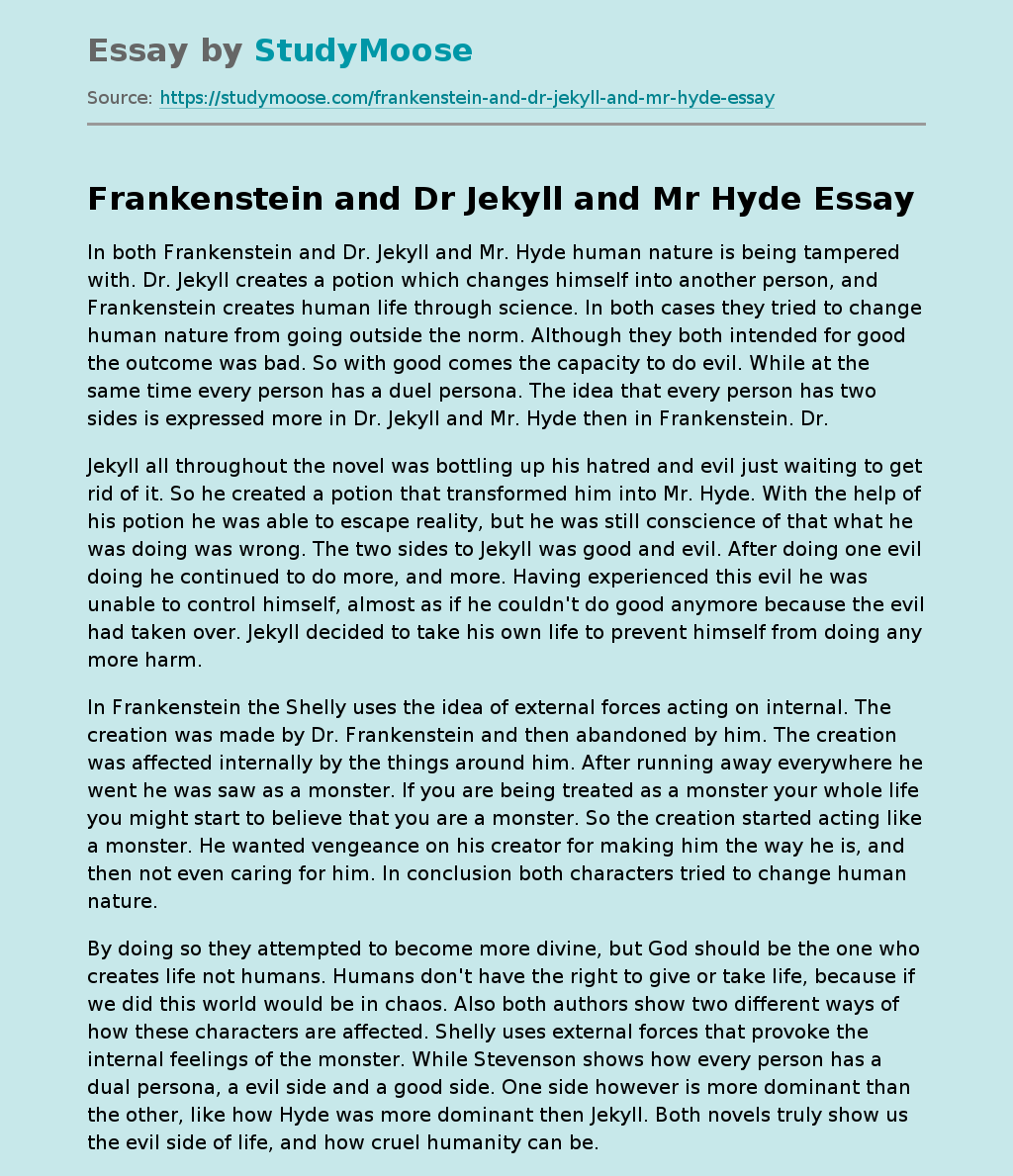