Don't use plagiarized sources. Get your custom essay on
“ Formal and Informal Groups ”
Get custom paper
NEW! smart matching with writer

This increases the efficiency of the organization.

Informal Group: Informal groups are the natural and spontaneous grouping of people whenever they work together over a period of time.

Whenever people interact and work together over a certain period of time, it’s very natural for them and it comes very spontaneously for them, that they form informal groups. For example, we are officially assigned to the computer engineering department. But in the hostel, we live with friends from other branches.

So when all of us live together for a 4 year period, it’s very natural for us to interact and build up groups informally with our friends from other branches. So like this, any organization would have informal groups. Let’s compare both Formal and Informal Groups:  FORMAL GROUPS |INFORMAL GROUPS | |Deliberately created. |Spontaneously created. | |Formal groups are knowingly and systematically created. |Informal groups are not really created, they are naturally formed. | |Systematic structure. |Loose structure | |As we discussed earlier, in the computer department, we have HOD, |In informal groups, there is no structure at all.

So there is a system in place. |together for some time. There is no junior and senior…everybody is | | |equal. | |Importance to position. |Importance to the person. | |In a formal group, importance is always given to the position. Ex: |The beauty of being in an informal group is that the position does | |the group leader, the head of department, etc. The position gets |not exist at all because there is no structure. So importance is | |importance in a formal way because there is a system in place. always given to the person. | |Relationship is official. |Relationship is personal. | |The relationship is very formal and official in a formal group. So |In an informal group, the interaction and the attachment becomes very| |the relationship and behavior is almost prescribed in a formal group. |personal and not official. | |Communication is restricted and slow. |Communication is free and fast. | |By restricted we mean that the “boss may decide that certain |Everybody wants to tell everyone all the information.

With the gossip| |information should not be discussed below a certain level. ” |network in an informal group, information is passed very quickly. | |Communication is very slow because a certain procedure has to be | | |followed if we want to pass down the information. | | Importance of formal groups: As human being, we tend to tilt towards informal groups.

So this develops better working relationships and therefore creates better efficiency in the organization. So, good organizations today are promoting informal activities and formation of informal groups. Ex: Parties in companies, which promotes informal interaction. Informal groups promote human dignity. Human dignity is something which is very important for every human being. As human beings, we want to be respected and treated in a particular way. So, self respect is very important for a human being. In a formal group setup, very often, our dignity is destroyed.

For example: If we have a very bossy boss, everyday he will be de-motivating you by saying things like “You are useless fellow!! Who made you an engineer”!! So our dignity is destroyed. But what supports us?? It’s the informal group that supports us and keeps up our dignity. For example: The support from our friends helps us to keep our dignity. Informal groups help in spreading information fast through the GRAPEVINE-the informal network of communication (“The gossip network”). The grapevine is the plant on which the grape fruit grows. The characteristic of a grapevine is that it grows in all directions. 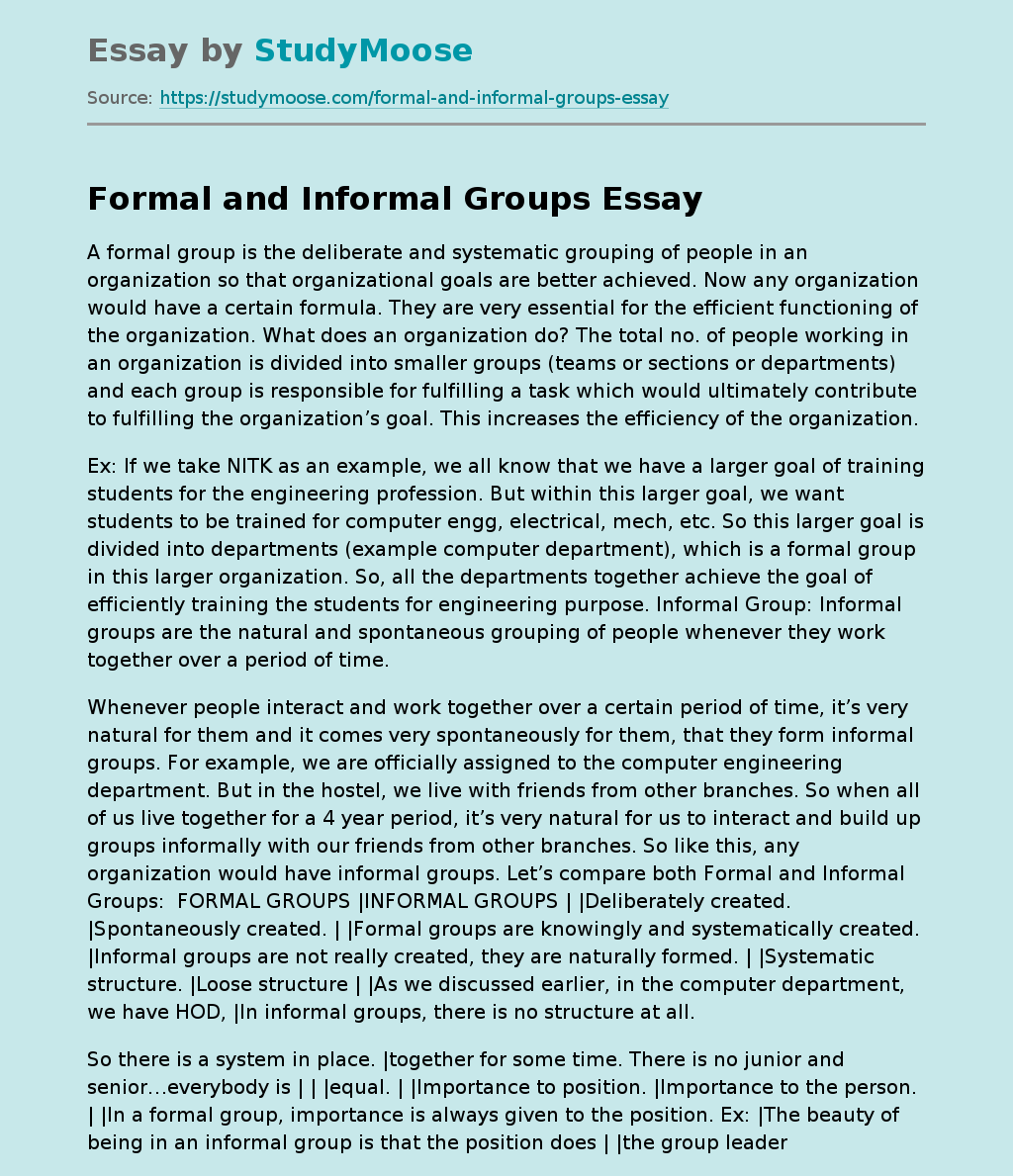